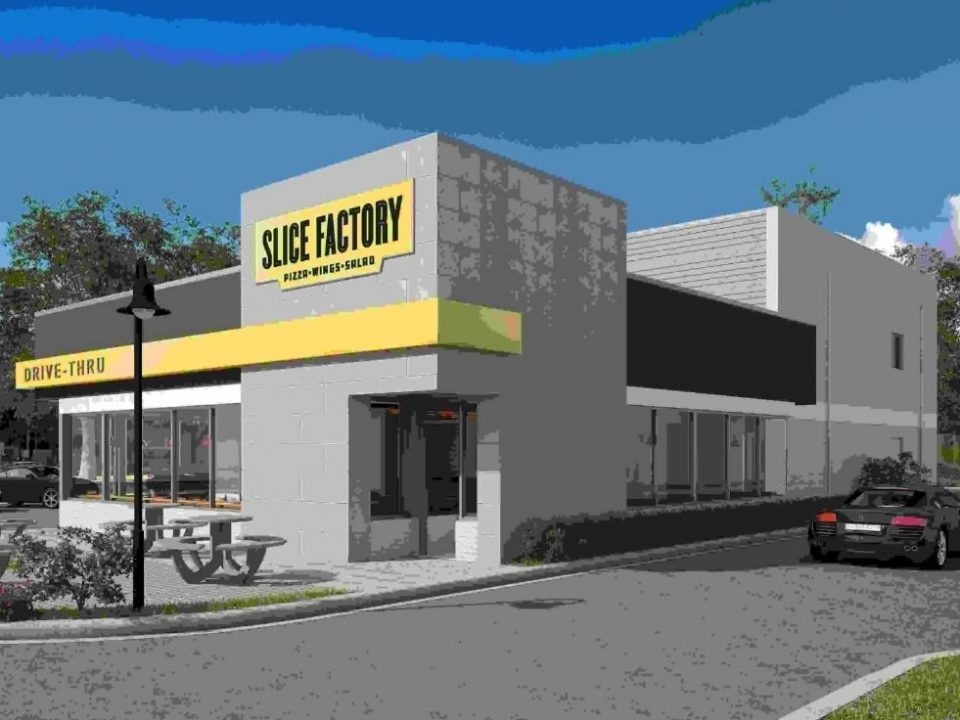 BURBANK, IL — There are a lot of places to pick up a slice of pizza that’s been sitting under a heat lamp for four hours, and then there is Slice Factory, where you can get a 14-inch-long, piping hot jumbo slice.

The Slice Factory is preparing for a soft opening in Burbank, 7141 W. 79th St. at 10 a.m. Tuesday, Nov. 24. The Burbank location will feature the Slice Factory’s slice-thru, it’s signature drive-thru service for jumbo slices to go.

Owned by Naples, Italy-born Dom DiDiana, a second generation pizzeria owner who immigrated to the United States with his parents in the 1990s, Burbank is DiDiana’s ninth location and second “slice-through.”

DiDiana claims his jumbo slices are the biggest in Chicagoland. Each pie is 28-inches in circumference from which ten slices are cut, making an individual slice 14 inches long. He describes his crust as a hybrid of Chicago and New York-style pizza.

“When people hear ‘Chicago style’ they think of deep dish,” DiDiana said. “It’s not a floppy thin crust like New York, but more of a hand tossed crust that is hand stretched.”

Although he’s opening in the middle of a pandemic, pizza has remained the front-runner of locked-in, quarantining Americans. Consumer spending on pizza during the pandemic soared to approximately 55 percent year-over-year growth last April, QSRMagazine reported. The pizza food category has remained steady ever since.

DiDiana says his business model is built for today’s unprecedented time. Three years ago he got a hunch that technology was penetrating the restaurant space.”

“I really started to notice people’s eating habits changing,” he said. “They were eating at home, ordering online through mobile apps and other devices. The digital era was coming to the hospitality industry.”

DiDiana owns the rights to the name “Slice Factory.” With nine suburban locations under his belt, he’s franchising his jumbo slice-drive-thru concept, with an eye toward development in Illinois, Wisconsin, Indiana, Iowa, Missouri, Michigan, and Ohio. He’s also hiring.

A grand opening is planned for Dec. 5, which will include giveaways, merchandise and live entertainment, when Slice Factory will be open 24 hours. Until then, hours for the Burbank location will be from 10 a.m. to 2 p.m. daily.