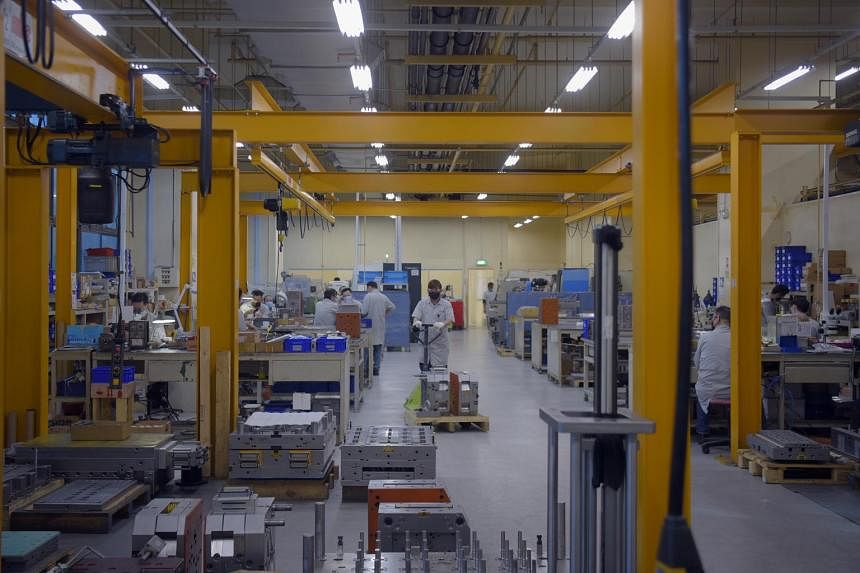 SINGAPORE – The growth in Singapore’s manufacturing output slowed further in August, as production in the key electronics sector shrank for a second month in a row.

Total output grew 0.5 per cent last month year on year after a revised 0.8 per cent expansion in July, according to data released by the Economic Development Board (EDB) on Monday.

The pace of growth in August was the slowest since September 2021 when output declined by 2 per cent.

However, the overall output growth was better than the 0.7 per cent drop analysts had predicted in a Bloomberg poll.

The key electronics sector saw its production declining by 7.8 per cent, more than the 5.9 per cent drop in July.

All segments within the sector recorded a fall in output on the back of softening demand, led by a 19.3 per cent slide in the production of electronic modules and components.

Infocomms and consumer electronics output few 11.7 per cent, followed by a 6.6 per cent drop for semiconductors – a third straight month of decline – and a 5.5 per cent fall in computer peripherals and data storage.

Concerns of a sharp global semiconductor down cycle have been on the rise after major chip companies, such as Micron, Intel, and Nvidia predicted a weaker demand outlook for the sector through this year and probably in 2023 as well.

Chemicals output decreased 11.2 per cent, as the specialties chemicals segment posted a 14 per cent drop.

Still, the petroleum segment grew 8.1 per cent on account of higher demand for jet fuel driven by the relaxation of global air travel restrictions.

Both the eletronics and chemicals sectors have been hit by slowing global demand, especially from China, which accounts for nearly 15 per cent of Singapore’s exports.

China’s economic growth has slowed to 2.6 per cent in the first half, nearly half of the 5.5 per cent target set by Beijing for the whole of 2022.

The slower pace of economic growth mainly reflects the anaemic consumer demand in the world’s second-largest economy amid off-and-on Covid-19 lockdowns this year even as the rest of the world has relaxed most of the curbs needed to manage the pandemic.

Intra-Asia rates crash amid tightening market conditions outside of India