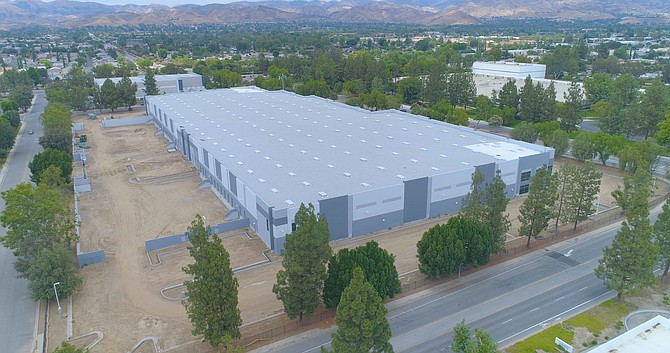 An office building in Simi Valley that was converted to a warehouse has been leased to a distribution company – highlighting how such industrial space has become in-demand real estate.

Newmark Knight Frank negotiated the 211,715-square-foot lease with an undisclosed distribution company on behalf of the complex’s owner and developer, Xebec Realty Partners.

The nearly 11-acre site at 1757 Tapo Canyon Road hosts a new class A industrial facility set to debut this month. It had been a long-vacant office building.

“It’s an interesting concept that I don’t know many have contemplated in years past: replacing an office building with an industrial building,” DuRoss said in a statement. “Two years ago, there was an existing 185,000-square-foot office building that had been vacant for several years, so we decided to approach the site from a different angle. In this case, it made a lot of sense because of the underlying industrial zoning, the condition of the existing office building and the supply/demand nature of industrial versus office in this particular location.”

Added DeGrinis, “This transaction is particularly rewarding because we collectively thought ‘outside the box’ and came up with a solution that will result in significant job creation in the city of Simi Valley, particularly during this unprecedented time that has brought on so much uncertainty.”

“We anticipate this building and new lease will not only provide a foundation for economic expansion in the region,” Kendrick said, “but will also support the growth of the global supply chain as the demand for e-commerce continues.”

According to an NKF Q2 2020 report, the Southern California industrial market continues to perform well amid market turmoil due to several notable drivers, including a large consumer base and retailers expediting their last-mile delivery capabilities, and big occupiers who are increasing domestic inventory capacities. L.A.’s five submarkets, including North Los Angeles, account for 54 percent of Southern California’s entire industrial inventory. The L.A. North region, in particular, comprises 12 percent of that inventory, with 230 million square feet of industrial feet and a low 2.2 percent vacancy rate.

Team DeGrinis and Xebec have a long history together — this lease marks the eighth transaction that NKF has executed on behalf of Xebec, according to Abraham.