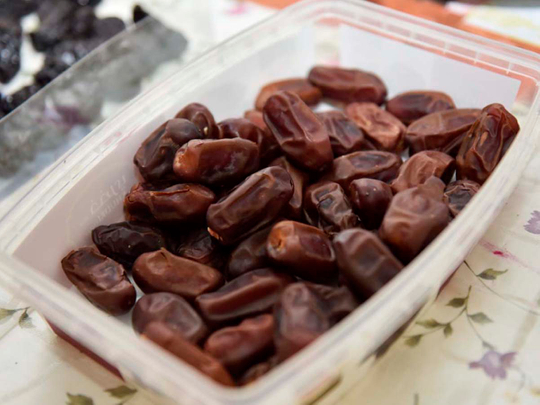 Al Ain: A factory of dates has proved to become less than delightful.

The Abu Dhabi Food and Safety Authority (ADFSA) on Sunday issued the administrative closure for Emirates Delight Dates Factory, which holds commercial license number IN-1001465, for posing a threat to the public’s health and safety.

In a statement, the food authority stated: “The food control report issued the administrative closure as a result of the establishment’s failure to implement health and safety standards, and not maintaining the health level of the facility, which may affect the level of food safety and consumer health.”

The authority clarified that the factory had already carried out two health violations last year, which were reported in January and December 2019. The third violation was reported this week, resulting in the factory’s final notice and issuance of closure.

The most serious health violation consisted of the supervisor’s failure to prevent insects from contaminating the facility, which then spread to areas of the production line.

“The administrative closure will continue as long as the violations exist, and activity will be allowed to resume once the corrections have been made,” said ADFSA.

ADFSA added that if residents come across any type of violations in food outlets, they should contacting the Abu Dhabi Government Contact Centre on the toll free number 800555. Inspectors will immediately take necessary action and ensure that the community has access to only safe food.