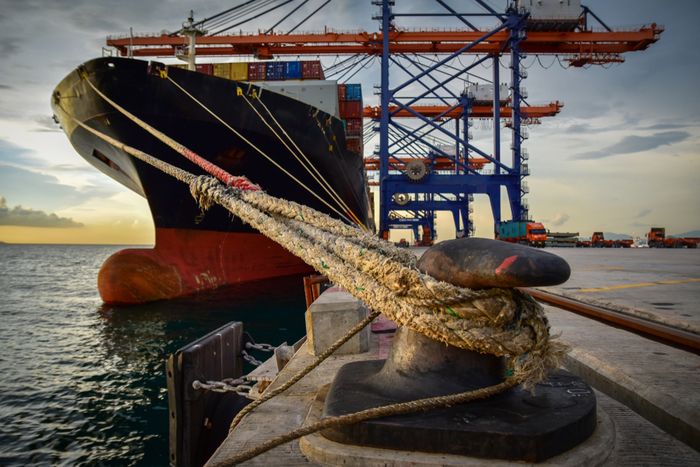 Heavy demand is maxing out all available capacity on the major trades, and rates are rising. Photo credit: Shutterstock.com.

Carriers have announced a stream of rate increases and surcharges across multiple trade lanes that will go into effect over the next month as unprecedented demand continues to overwhelm the global supply chain and drag service levels to fresh lows.

With carriers in complete control in a sellers’ market, prior rate increases and surcharges imposed through the peak season have largely stuck, pushing prices up to all-time highs on trades from Shanghai to the US West Coast, Australia, West Africa, the East Coast of South America, and Singapore, and to six-year highs on Asia-Europe.

With volume maxing out all available capacity on the trans-Pacific and Asia-Europe trades, and no sign of a slowdown in demand, there is sustained upward pressure on rate levels. In conversations with JOC.com, carrier executives point to port congestion as hampering liner reliability and note that the entire containerized supply chains is overwhelmed.

Even so, shipper frustration is mounting.

“The market is crazy,” said the head of logistics at a South Europe-based shipper. “We heard rates of $8,000 per FEU were being charged in December on FAK market, which is something we have never seen before.

“Carriers are cutting down many of their long-term partners and that will of course lead to a loss of trust in those relationships in future,” the source added. “I don’t think this is the correct strategy for the carriers, and for sure when the market turns, they will receive lots of pain back for this.”

“There are now prices in the market of $6,500 per high cube, whereas a high cube reefer is only $5,500,” noted the supply chain director for a European retailer. “So I say I want only reefers, but of course those containers are also not available. It is chaos for all parties.”

Sea-Intelligence Maritime Analysis noted in its Sunday Spotlight newsletter that in the current market climate, the spot rate increases indicated by the Shanghai Containerized Freight Index (SCFI) were to some extent under-representing the wider increases being seen by shippers. Shippers were paying $500 to $1,000 in charges simply for access to vessel space and to guarantee equipment.

The charges in the pipeline are extensive. Hapag-Lloyd on Dec. 15 will set its freight all kinds (FAK) rates from Asia to North Europe at $2,945 per TEU. From Jan. 1, the carrier has also announced an ocean tariff from South Europe to the Canadian East Coast of $4,716 per FEU, and Europe to the US West Coast of $13,600 per FEU. A general rate increase of $1,200 per FEU will be imposed on Asia to all US and Canadian destinations from Jan. 1.

CMA CGM from Jan. 1 will charge $5,200 per FEU on the North Europe to US East Coast, US Gulf, and US West Coast routes. CMA CGM has also unveiled new terminal handling charges (THCs) from Jan. 1 for the UK, Belgium, and the Netherlands ranging from $213 to $293 per container.

Mediterranean Shipping Co. from Jan. 1 will be charging $1,975 per TEU from Genoa to New York, and $2,845 per TEU from La Spezia to Long Beach. It has an ongoing peak season surcharge on North Europe to Asia routes of $500 per TEU, as well as an ongoing equipment imbalance surcharge of $200 per container.

Maersk will be implementing a peak season surcharge on Asia-Europe for all reefer containers of $1,000 from Dec. 15.

OOCL will implement an emergency intermodal surcharge of $350 per dry container at US West Coast ports from Jan. 1, joining CMA CGM and Zim Integrated Shipping Services that have similar intermodal charges on the trans-Pacific trade.

For context, China-North Europe spot rates rose 27 percent ($447) sequentially last week to $2,091 per TEU, according to the SCFI, up 173 percent compared with the same week last year. China-US West Coast rates were flat last week at $3,880 per FEU, but that price was up 176 percent year over year. China-US East Coast rates were up 75 percent year over year at $4,708 per FEU.

The charges on the way will be levied despite steadily deteriorating schedule reliability that has fallen to record lows, and frustration among shippers is mounting.

Congestion is slowing container movement through the US ports of Los Angeles-Long Beach, and bottlenecks are growing at the UK ports of Felixstowe, Southampton, and Liverpool.

Sustained demand is leading not only to an increase in rolled containers, but also a severe shortage of empty containers in Asian origin ports, according to a Tuesday update by Freightos. The freight rate marketplace said carriers have been prioritizing rapid empty container returns over those containing US exports, prompting a US regulatory investigation into the practice, and possibly contributing to this week’s 28 percent spike in US West Coast-Asia backhaul rates to more than $500 per FEU.

Since September, the spike in volume from China to the US caused container availability in Asia — as measured by the Container xChange’s Container Availability Index (CAX) — to drop 37 percent to a level that is almost 50 percent lower year over year. Despite the urgency, containers still spend on average 45 days empty in depots, according to a research project by Fraunhofer CML and Container xChange. In China and the US, the average is 61 and 66 days, respectively, while in Europe empty containers spend on average 23 days in depots.

Freightos noted in its update that as empty containers are prioritized for the more lucrative trans-Pacific lanes, fewer containers were available elsewhere and that was pushing rates up.

“On Asia-North Europe lanes, for example, rates skyrocketed 29 percent this week to an incredible $3,470 per FEU, marking a 64 percent increase over the past month, and a level 137 percent higher than this week last year,” it said.

For Denis Choumert, president of the European Shippers’ Council, it is an unacceptable situation, and he accused carriers of taking advantage of the capacity crunch to increase revenue far beyond their costs.

Carrier says other factors at play

But Smolders said the blame could not be laid solely at the feet of the carriers, with unexpectedly strong exports to the US and Europe creating difficulties in returning containers to Asia to serve the booming trades.

“With the immense volume, the return of containers is much slower, containers are stuck for longer in the ports, so all the capacity we reinserted into the market was not there, and it messed up the whole operation,” he told the webinar.

“There is a certain weakness in the supply chain,” Smolders explained. “We calculate on a normal cycle, but with the high volume we could not bring the containers back in time. We have every single vessel in our fleet inserted in the network, and still we cannot cater to the volume. Everything is slower — the warehouses, the depots, the truckers and rail, and everything is saturated with the high volume that was very difficult to predict.”

On the subject of costs, Smolders said despite the profitability being enjoyed by the industry, there were a range of additional costs carriers had to shoulder in the current environment.

“If you wish to charter a vessel to get extra tonnage on a certain trade, you can’t find a vessel, and if you can, it is more expensive than before,” he said. “The whole supply chain has additional costs for the shipping lines as well. We are sitting for days at ports, we have containers being stuck for a long time, we ship more empties back to Asia than before, so the cost pressure on us is also high, and this goes hand-in-hand with supply and demand.”

Michael Amri, global head of sea freight FCL at Hellmann Worldwide Logistics, said carriers did not need to apologize for their profitability, although he conceded that container shipping was a “unique” industry.

“Which industry can make more money when service levels go down?” Amri said during the Container Trade Europe webinar. “But there is just not enough space and not enough equipment at the moment, so if you want to move your cargo, you need to pay.”