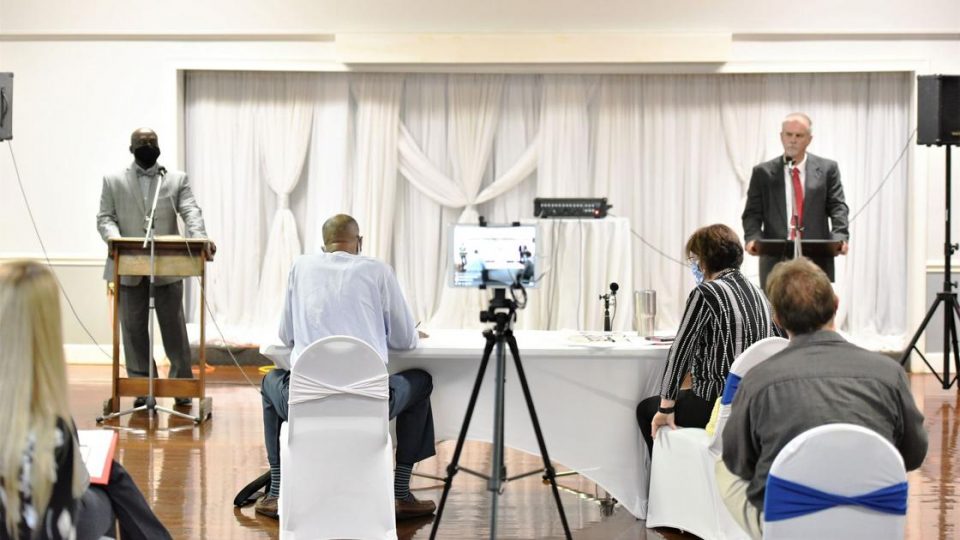 “I believe that you can legislate laws, but you can’t legislate morality,” Stephens said.

Connor said he would support such a law.

“I would support the law on the basis that tax dollars should not be used for funding abortions. The people who are affected by the abortions, the mother, the father, the rapist, whoever, if they want to have an abortion, that should be their business and their need to pay,” Connor said.

Both candidates said they would oppose the establishment or funding of health clinics in secondary schools unless they are explicitly prohibited from performing abortions, counseling for abortion, or referring to any entity which counsels for, refers for, or does abortions.

Connor and Stephens also said they would oppose any Equal Rights Amendment unless it contains explicit abortion neutralization language.

Connor also stated that he would not support legislation regulating the use of RU-486, or mifepristone, for the purposes of inducing an abortion.

Both candidates stated they would support a law banning abortions beginning at 20 weeks gestational age.

Candidates also answered questions and discussed their views on euthanasia.

The candidates were asked if they would support legislation that prevents the involuntary denial of life-saving treatment when a patient has explicitly directed life-preserving medical treatment, food, or fluids.