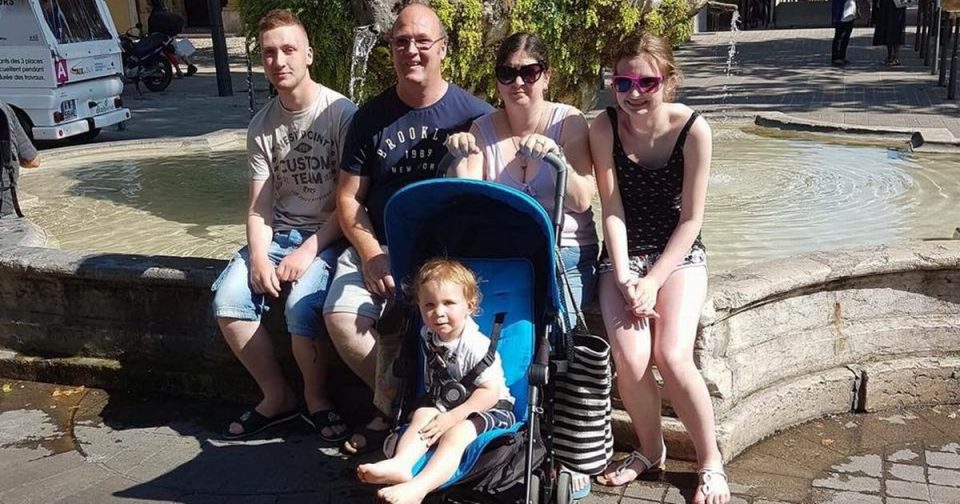 A long distance lorry driver who tested positive for Covid described the harrowing experience of having to live in his cab on the street because there was nowhere for him to go.

John Hanna, from Northern Ireland – known to all his friends as “Sticks” – was on a two-week job transporting chicken fat to a dog food factory in Boulogne, France, when he took a Covid test at Burtonwood services on the M62 on Tuesday afternoon.

The test came back positive and he was told he must immediately self-isolate for 10 days – even though he was far from home and the only roof over his head was the lorry he drove.

It was the start of a nightmare three days in which dad-of-three John, 42, had to park up at a variety of locations with no toilet facilities while he tried to find somewhere to spend his period of self-isolation.

John said: “When I tested positive at Burtonwood, I asked the army guys who were there ‘what happens now?’ They put their hands up and said, ‘we don’t know’.”

Next stop was Brunswick Place off Regent Road, an industrial area strewn with flytipped rubbish and vermin.

What are the latest coronavirus figures for where you live? Find out by adding your postcode.

After more frantic efforts on his behalf, accommodation was finally found for him last night (Thursday).

It’s never been more important to stay in touch with the news, so subscribe now to the Liverpool Echo newsletter. Twice a day, seven days a week, we’ll deliver the biggest stories straight to your inbox.

We’ll also send special breaking news emails too for the latest stories that matter. You won’t miss a thing.

It’s free, easy and takes no time at all.

When the all-clear is hopefully given next week, John is looking forward to returning to his family in the village of Waringstown, Co Armagh – wife Audreyann, 42, and three children Benjamin, 20, Yvonne, 17, and Jason, six.