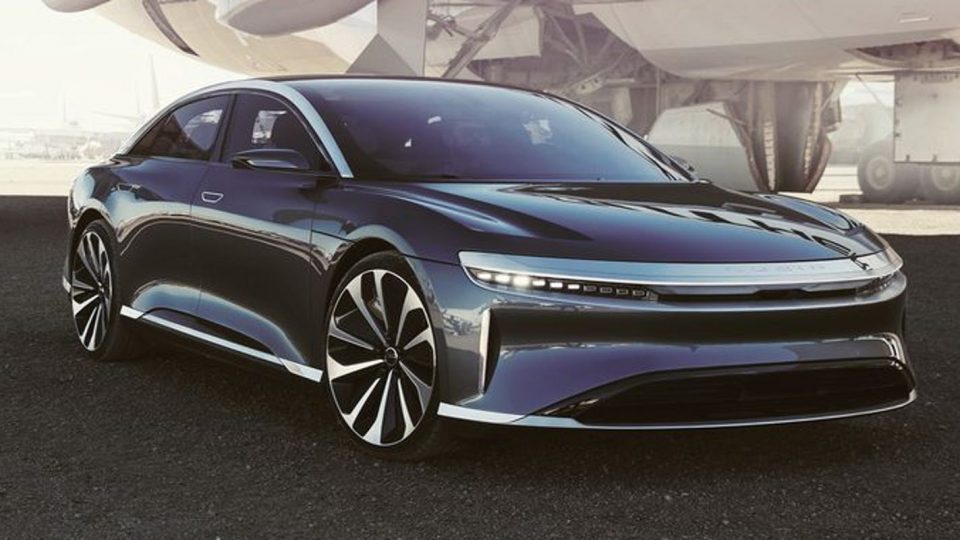 Lucid Motors Inc. is in talks with Saudi Arabia’s sovereign wealth fund to build an electric vehicle factory potentially near the Red Sea city of Jeddah, according to people familiar with the matter.

The move would mark a significant expansion for Newark, California-based Lucid. Saudi Arabia is trying to become a Middle Eastern hub for manufacturing EVs as it diversifies its economy from oil.

Lucid has unveiled plans for the Air, a $169,000 sedan it says is capable of being driven more than 500 miles (805 kilometers) on a single charge. (Photo: Lucid Motors)

The $360 billion Public Investment Fund, already a shareholder in Lucid, will provide much of the money for the site at the King Abdullah Economic City, the people said, asking not be named because the discussions are private. Plans are advanced but could change, the people said. PIF and Lucid have also considered Neom, a new city being developed in the northwest of Saudi Arabia, as a possible site for the plant.

Lucid is one of a several U.S. firms seeking to take on Elon Musk’s Tesla Inc. The startup is targeting the luxury end of the EV market and its chief executive officer, Peter Rawlinson, was previously Tesla’s chief engineer on the Model S sedan.

Lucid raised more than $1 billion from the PIF in 2018, an investment that was conditional on the firm developing a site in Saudi Arabia, the people said. King Abdullah Economic City is about 60 miles (97 kilometers) north of Jeddah, the country’s second-biggest city.

Since then, Lucid has unveiled plans for the Air, a $169,000 sedan it says is capable of being driven more than 500 miles (805 kilometers) on a single charge. It has also built a factory in the Arizona desert and deliveries to U.S. customers of the model are expected to start in the second quarter.

Lucid plans to produce a cheaper $75,000 version of its sedan in 2022, which will be able to travel more than 400 miles on a single charge, and build SUVs eventually.

The PIF is set to play a major role in Saudi development projects over the next few years as the government looks to cut spending and keep the budget deficit in check after oil’s coronavirus-triggered rout. Yasir Al Rumayyan, governor of the fund, said it will spend at least $40 billion locally this year and in 2022.

Just five years ago it was a sleepy organization with less than 100 employees. It now has 1,000 staff and ambitions to raise its assets to more than $2.5 trillion, according to Al Rumayyan. The PIF also invested in Tesla, before selling almost all its shares in early 2020.