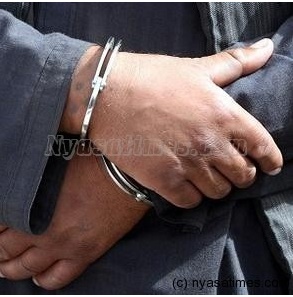 Businessman and proprietor of City Motors Limited, Aslam Sabadia has  been arrested by Fiscal Police over investigations of the procurement of a new mobile laboratory fuel testing van by Malawi Energy Regulatory Authority (Mera).

National Police spokesperson James Kadadzera said he could not provide more details on the matter which he said is still under investigations.

Fiscal police have already arrested Mera chief executive officer Collins Magalasi and Bright Mbewe from Mera’s procurement department over the contract that relates to the procurement of a K700 million fuel testing van.

The energy sector regulator awarded the contract to City Motors.

However, it has emerged that on 7th May 2019, Mera paid City Motors MK563, 200,000.00 which translates into 80 percent as advance payment, contrary to Procurement Regulations to make advance payment in purchase of goods procured locally.

The Human Rights Defenders Coalition (HRDC) has also asked the Anti-Corruption Bureau (ACB) to act on the matter.