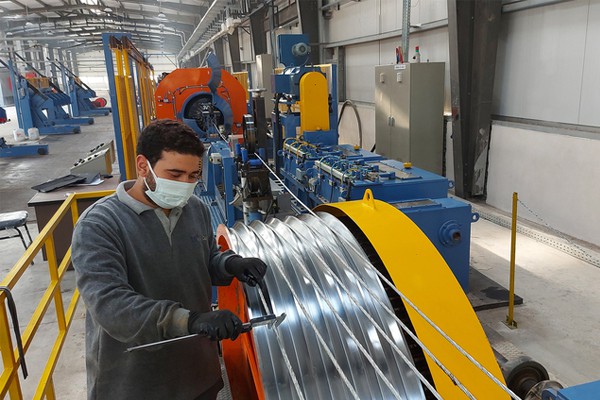 South Korea’s LS Cable & System Ltd. (LS C&S) has kicked off mass production at its first cable manufacturing factory in Africa that is expected to serve as the cable major`s gateway to the estimated 10-trillion-won ($9 billion) African cable market.

Immediately after it opened its first factory in Africa this month, LSMC has begun mass producing cables as it won an order from Egyptian Electric Power Authority to build a power grid for a new city, raising expectations that the factory would make profit in the first year of operation.

The factory is also expected to help the Korean cable maker expand its global presence, especially in new markets like Africa. The company aims to build LSMC as its key base for its expansion especially into the East African and Middle Eastern markets with great growth potential. The African cable market is forecast to grow to the 10 trillion won worth market.

The Egyptian cable market alone is expanding by an average of more than 5 percent every year on surging demand from the construction of a new administrative capital and population growth, on top of the needs to replace the old power grid.

The demand for processed power lines, one of LS C&S’s mainstay products, is estimated at 179,000 tons in Africa, including Egypt, but the local supply falls far short at 29,000 tons or 16 percent.

“The cable demand in Egypt and Africa is massive, but export barriers are high due to about 20 percent tariffs and logistics costs,” said an LS C&S official.

LS C&S operates a total of 11 overseas production subsidiaries, including LSMC in Egypt, and six sales offices abroad. The company plans to reorganize them to put them under regional head offices to improve efficiency in managing overseas business.

By Han Woo-ram and Cho Jeehyun

Plans for autumn Sculpture by the Sea abandoned

Sugar factory not to be built within World Heritage properties