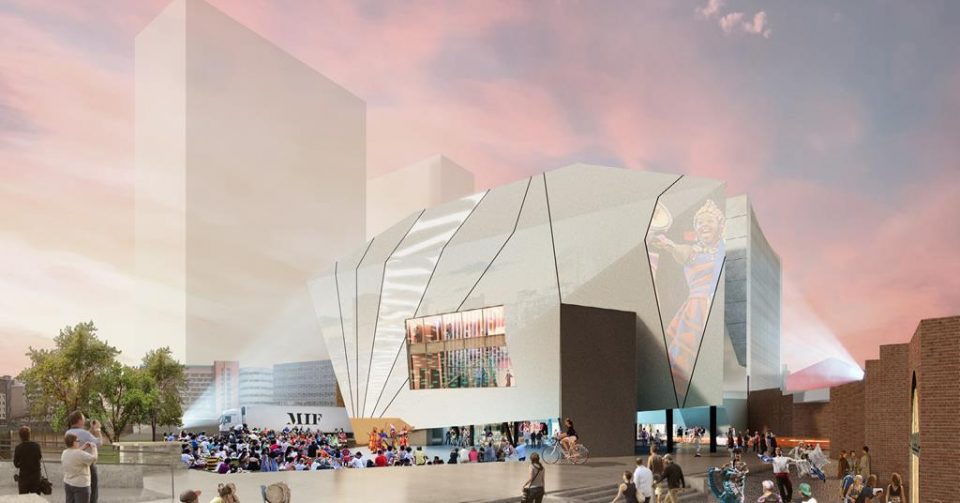 Ryder has been drafted in as executive architect on OMA’s troubled Factory arts project in Manchester.

The £180m scheme, which has been dogged by problems, was previously operating without an executive architect.

It is understood that most of the problems have centred on the design, with the job becoming bogged down by a complicated design process and delays in getting design information to site – with covid restrictions meaning staff from Rotterdam-based concept architect OMA have been unable to get to Manchester from their base in Rotterdam as much as previously planned.

Former Shard developer Flan McNamara has also been parachuted in, tasked with helping get the late-running and over-budget scheme back on track.

McNamara, who also worked on the refurbishment of the Royal Opera House in the late 1990s when he was at Schal, is understood to be working several days a week for the scheme’s client, Manchester council, which has been forced to announce a series of cost hikes in recent months.

Building Design understands McNamara is the council’s project lead on the scheme and has been told to make sure it hits its latest revised deadline of December 2022. It was originally due to finish next year although when plans were first announced five years ago, a 2019 opening date had been proposed.

First budgeted at £110m, the job has been hit with a series of price increases in the past two years with a jump of £45m last month bringing the latest overall cost to £186m – a rise of close to 70%.

The covid-19 pandemic was blamed for the most recent hike and delay but the complexity of the scheme, the design of which had to be rejigged by OMA, the high-profile Dutch practice headed up by Rem Koolhaas, before it was approved for planning, has also been cited.

Announcing last month’s £45m increase, the council said: “Covid-19 has had a profound impact on the cost and programme. This is the biggest single reason for the budget increase. The associated slowing of productivity, when combined with the complexity of the project, the stringent sound insulation standards required for the building and the particular position of the Manchester construction market have all impacted on cost.”

The project team is hoping to hear this week whether an application made earlier this month to make up time by an extra 15 hours every week has been successful.

In its extended hours request, which it wants in place until next April, the project team said covid has “meant we have had to reduce the number of people onsite due to social distancing and those that have been here have been less productive due to alternative methods”.

It added: “These delays are now being compounded by the reduction in daylight hours as we progress through the winter months.”

Around 100 people are on the site, which was the former home of the Granada TV studios at Water Street.

But the job was forced to revise proposals, with changes including dropping the seating capacity of the development’s theatre element, changing the shape of its vinyl-clad exterior in the process, boosting the size of the venue’s orchestra pit and increasing the scheme’s overall commercial element.

Former chancellor George Osborne announced in 2015 that government would be providing the bulk – £78m – of its then £110m budget. The remainder was due to be provided through charitable donations and Arts Council funding.

Last month, the council said it would not be able to bankroll the extra £45m itself with the majority of the missing cash expected to come from “bids to national funding sources and through enhanced fundraising by the Factory Trust [charity]” whose directors include former council chief executive Howard Bernstein.

Arts group Manchester International Festival, whose chairman is Urban Splash founder Tom Bloxham, will run the Factory once it is completed.

A council spokesperson said: “An international building of this scale and ambition brings with it a significant degree of challenge and complexity.  It’s great therefore to have Flan on board for the next phase of the project to help  see it through to completion.”

Other recent changes have seen Turner & Townsend replace Gardiner & Theobald as QS – although G&T remains contract administrator. Project management was previously being carried out by the council itself, with help from Halifax firm Blacc, although the council’s capital projects arm remains in charge of running the scheme. Laing O’Rourke, which is management contractor on the job, is overseeing ongoing concrete and steel work which is being carried out by O’Rourke’s offsite Explore factory and William Hare respectively. This part of the job is due to finish by the middle of next year. M&E work will be carried out by another O’Rourke firm, Crown House.

After years of shortages, Merck announces plans for a new factory for an old lifesaving drug – Endpoints News