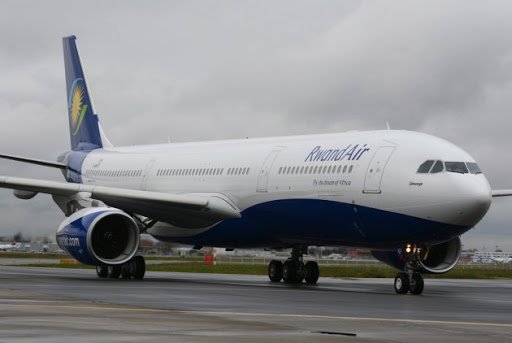 RwandAir, the national carrier, is set to start ferrying commercial freight from the Chinese city of Guangzhou to Kigali, starting this week, the airline announced on Thursday.

The carrier has exclusively been transporting medical supplies from China to its home base, Kigali.

“For Guangzhou, we were focused on charters to bring much needed medical supplies, which filled the full capacity of the aircraft. We’re now able to also accept commercial cargo,” she noted.

China is one of Rwanda’s leading source of imports. An estimated 20 per cent of the country’s imports are sourced from China, according to the central bank.

The imports are made up of consumer goods, capital goods, intermediate goods from a number of big infrastructure projects as well as the growth of the manufacturing sector.

Benjamin Gasamagera, the Chief Executive of Safari Centre, a local firm with operations in the production of sanitary products, animal feeds and pesticides, as well as trade logistics, said it was a strategic move by the government.

However, he said the utilization of the airfreight will depend on how cost effective the service will be.

“At the moment, 95 per cent of the goods are imported through sea ports of Mombasa and Dar es Salaam. The introduction of commercial cargo flights is a strategic move, but it will depend on the cost effectiveness,” he noted.

“But on the other hand, air freight is very expensive. The last time the cost was somewhere between $6 and $7 per kilo, and remember the majority of importers buy goods that are not delicate so it is easier to choose sea freight,” he said.

RwandAir, which suspended its commercial passenger flights in March due to the outbreak of the Coronavirus has recently increased its footprint in cargo transport.

This week, the airline secured a deal with Tanzania that will see them transport cargo from Mwanza airport to Brussels, Belgium.

The inaugural flight was flagged off on Tuesday, May 12.

These are Canada’s top employers for young people in 2020