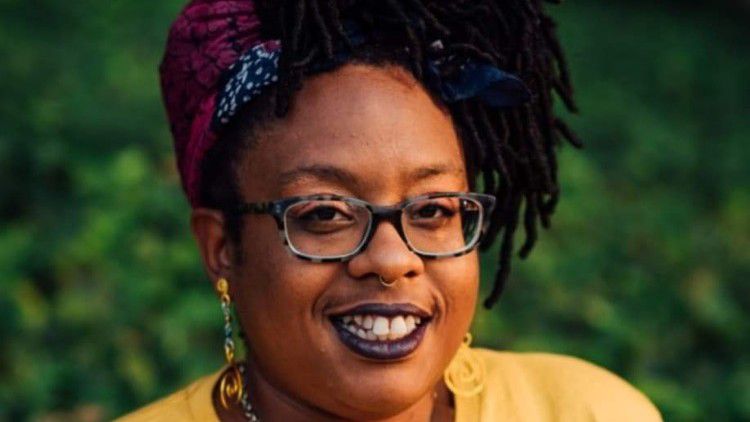 TEXAS — Kamyon Conner said she was shocked and disappointed when she heard the news about her professional board. The licensed clinical social worker was hardly alone, as social workers around the state voiced their criticism of a recent change to their code of conduct.

Last week, at a joint meeting of the Texas State Board of Social Work Examiners and the Texas Behavioral Health Executive Council (BHEC), each body voted unanimously to change a provision in the code that deals with how a social worker can refuse to serve someone. As of last Monday, the code no longer prohibits anyone in the profession from refusing to see clients based on their disability, gender identity, or sexual orientation. The move was recommended by Gov. Greg Abbott’s office to bring the profession’s non-discrimination code in line with the state law.

What You Need To Know

Conner, the executive director of the Texas Equal Access Fund, a non-profit that helps women pay for abortions, said she fears this change might discourage members of the LGBTQ community from seeking the help they need.

“I identify as a Black queer woman,” she said. “I am a lesbian, and I am a member of the queer community. This is particularly hurtful for me.

“When someone is seeking services like counseling or health care, especially for the trans community, one bad experience when they’re already hesitant could actually be life or death,” she added. “Someone could not go get medical attention because of the way that they were treated the last time that they tried to engage [the medical community].”

Will Francis is the executive director of the Texas arm of the National Association of Social Workers, a trade organization that advocates for the profession. He called the change a “backdoor way of attacking LGBTQ rights here in Texas.”

“I think that this was a huge overreach by the governor,” he said. “I think his job is to review rules for anti-trade issues or regulatory issues.”

Francis and other observers were also shocked that the boards approved the change with no public comment and very little discussion.

“There were not any real questions from the board,” he said. “They were told this just aligns your code with statute, and I guess they accepted that at face value. I think they maybe felt that this was simply sort of a perfunctory legal piece, and, unfortunately, they didn’t ask questions and they didn’t stand up or push back on it.

“What we saw was a unanimous vote with almost no opposition to a pretty enormous change to the way social workers practice in Texas.”

In a statement to Spectrum News, Darrel Spinks, the executive director of BHEC, said the matter would be discussed at the Council’s meeting on Oct. 27, and that “possible action” could be taken, though he didn’t say specifically that the board would reconsider the change to the code.

“These changes reflect the agency’s duty to duly enacted statutes,” he said. “The Board and Council recognize the importance of legal protection from discrimination. To that end, [BHEC’s] Chair Canseco has directed that the issue of discrimination by licensees be placed on the Council’s Oct. 27 meeting agenda for further discussion and possible action.”

The Boards’ Votes Could Lead to Lawsuits

In a public comment, Spinks said he sought an informal opinion from the Attorney General’s office, which agreed with the governor’s recommendations. Abbott, who was using the authority granted to him under the state’s occupations code, has not weighed in on any of the other mental health boards overseen by BHEC.

Shelly Skeen, the senior staff attorney of Lambda Legal, a non-profit that advocates on behalf of the LGBTQ community and people living with HIV/AIDS, said that the actions of the two boards and the governor’s office could leave them vulnerable to litigation.

The change in the code could also mean that Texas social workers are out of compliance with federal non-discrimination laws and the National Association of Social Workers’s [NASW] policy.

“If you look at professional conduct codes or codes of ethics, those things can always include more than what the underlying law includes, and they can be more explicit,” Skeen said. “Law changes about gender identity and sexual orientation have been around since 2010 and 2012.

“This is a message that the governor’s office — and now the Council, unwittingly — is sending to social workers to say, you can discriminate on these grounds, which is not true under the law,” she continued. Social workers are “also bound by the NASW, which says that you can’t discriminate based on these things. So our state and our licensing would be an outlier because it’s not going to be compliant.”

That the governor’s office would suggest these changes with no public comment, Francis said, flies in the face of how the social worker’s code was created in the first place.

“I think that’s what makes this so disheartening,” he said. “Our code of conduct was developed by our board through public input from social workers and the public at large. It’s based on our code of ethics, which is a national code of ethics used by every state. It was a very public process to put these protections.

“This is a really interesting move for a governor that has promoted small government,” he said. “For him to micromanage the code of conduct of a licensed profession to move through a backdoor rules recommendation doesn’t align with the political platform that he professes.”

Francis said his organization has not ruled out legal action.

Conner and others who are critical of their governing board believe that people’s lives will be impacted by what amounts to political posturing.

“I don’t understand their logic because I really feel like the governor should not be telling a profession what ethical practice looks like when we can handle that ourselves,” she said. “I’m not surprised at the government decision. I just think that the decision that they made is definitely against our values.”

The social work, she pointed out, is also bound by their professional ethics, which she believes they violated.

“They made a decision that goes against our code of ethics, and they need to fix it,” she said.