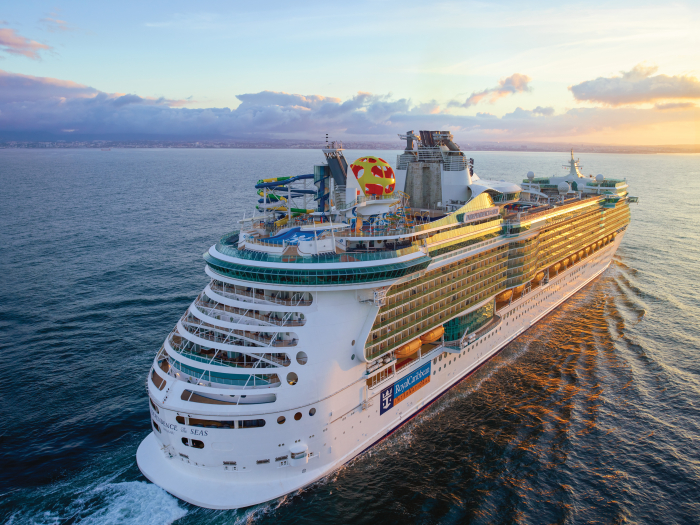 A Palm Beach County, Florida city’s retirement plan is suing a cruise ship company for allegedly misleading it and other shareholders over the financial impact of the coronavirus on its business.

The securities lawsuit has been filed by the City of Riviera Beach General Employees Retirement System against Royal Caribbean cruise lines and various directors and officers. The plaintiffs allege that the company was not upfront about how the virus was affecting its bookings and about how its safety protocols were working.

The coronavirus has hit the entire cruise industry hard. Since the coronavirus landed, Royal Caribbean has lost bookings, cancelled cruises and been sued by passengers and employees over its handling of the coronavirus.

The complaint alleges that in early February Royal Caribbean and its officers “made false and/or misleading statements and failed to disclose material adverse facts about the Company’s decrease in bookings outside China, and its inadequate policies and procedures to prevent the spread of COVID-19 on its ships.”

For example, in early February 2020, the company told investors that it was only experiencing a slowdown from bookings in China and that it was “[not] seeing a big impact on overall bookings [outside China].”

Royal Caribbean also assured the public that its safety protocols were “aggressive” and would “ultimately contain the virus,” the complaint states.

As a result of these misrepresentations, defendants caused Royal Caribbean stock to trade at artificially high prices, the suit claims.

Then on February 25, the company filed its 2019 Form 10-K, indicating that COVID-19 concerns were negatively impacting its overall business including a drop in demand for cruises. “These concerns and restrictions over the outbreak are impacting our bookings and are having, and are likely to continue to have, a material impact on our overall financial performance,” the filing stated.

Also, the “company continually conditioned investors to believe that they were executing on measures to contain the spread of COVID-19,” plaintiffs contend.

Then shortly after the February 4 to March 17 class period, hundreds of COVID-19 cases were reported on at least 13 Royal Caribbean ships. Two lawsuits were filed in connection with the company’s inability to protect its crews, one lawsuit by the family of a crew member who died after contracting COVID-19 and another lawsuit was filed on behalf of more than a thousand crew members working on the Celebrity Cruises line.

The company’s policies and procedures were “grossly inadequate to control the spread of the virus and failed to protect the health of its passengers and crews. In fact, the company’s disregard of reasonable safety measures exacerbated the spread of COVID-19 throughout the world,” the plaintiffs allege.

The plaintiffs claim that they have suffered significant losses and damages as a result of the cruise company’s “wrongful acts and misleading statements, and the precipitous decline in the market value” of the company’s securities.

Norwegian Cruise Line Holdings, the third largest, also faces a shareholder lawsuit that alleges the company failed to disclose adverse facts that affected it due to COVID-19.

According to a recent report from Allianz Global Corporate & Specialty, to date there has been only a small number of securities class action lawsuits related to COVID-19 in the U.S. However, the pandemic could trigger further litigation if it is perceived boards failed to prepare adequately for a pandemic, the report adds.

Germany’s Allianz, one of the world’s top asset managers, has itself been sued in the U.S. by pension funds over it management of their investments during the coronavirus market meltdown.

The most important insurance news,in your inbox every business day.

Get the insurance industry’s trusted newsletter