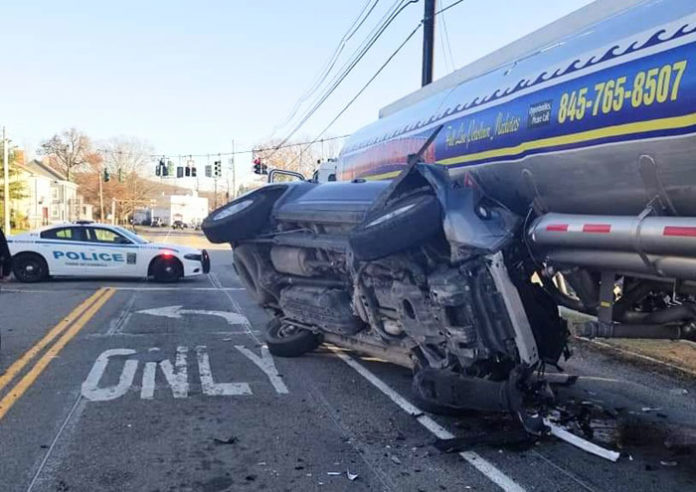 VILLAGE OF FISHKILL – An accident involving an SUV and a tractor-trailer has caused significant traffic delays in the vicinity of Routes 9 and 52.

Shortly before 3 p.m. on Thursday, an SUV was traveling on Route 9 when, according to the operator, they were cut off by another vehicle, forcing them to veer off their path, over the median, and into the side of the gasoline hauler operated by SNK Petroleum Wholesalers based in Hopewell Junction.

The drivers of both vehicles were uninjured in the wreck.

Police from the Village and Town of Fishkill are working to minimize traffic delays approaching the intersection as the investigation continues.  Motorists were urged to avoid Main Street (Route 52) in Fishkill. 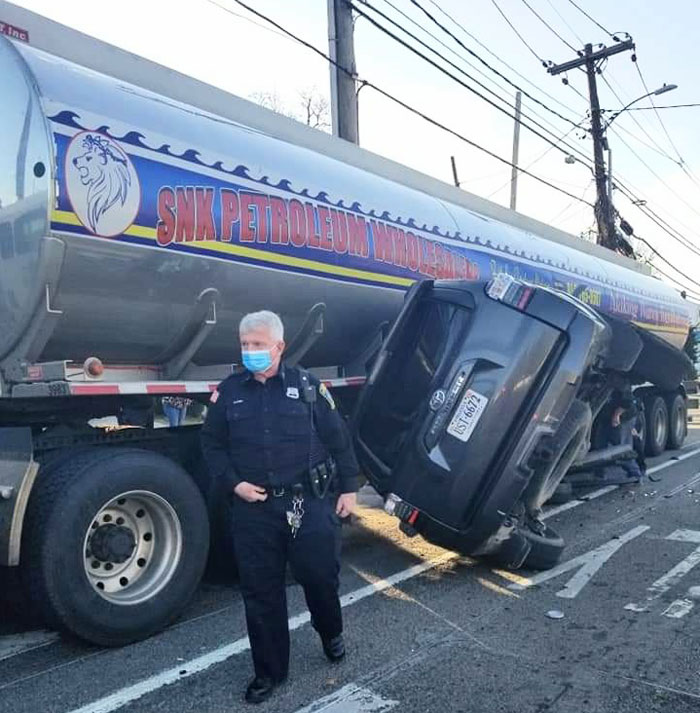