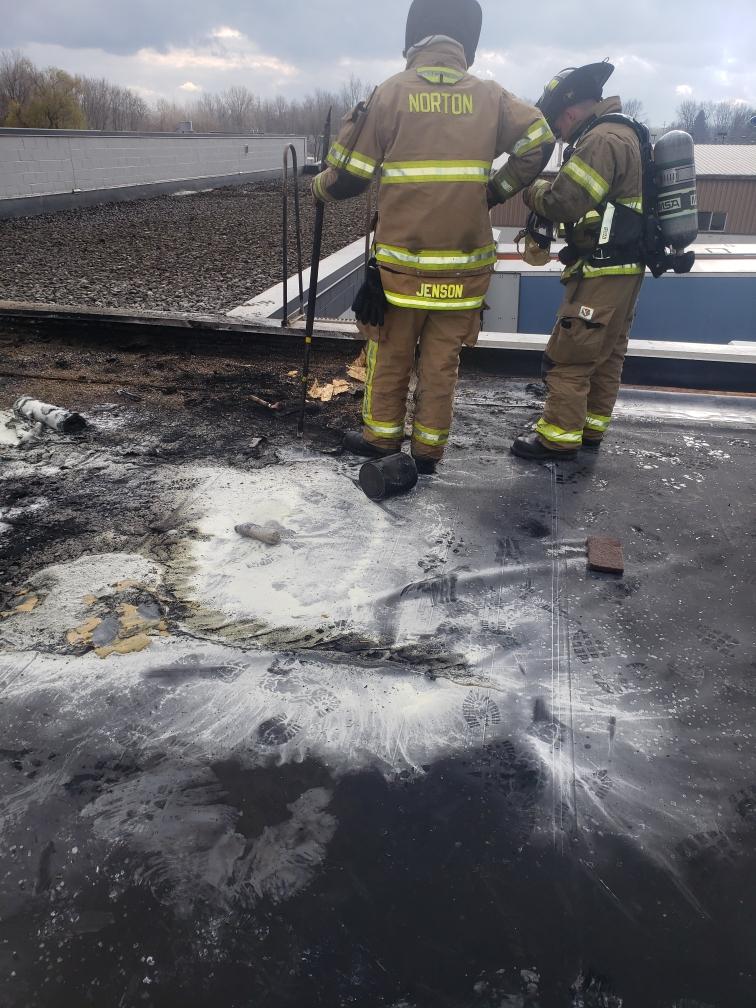 There was a bit of a scare Nov. 23 as firefighters from five departments converged on a Norton glue factory.

The Norton Fire Department got the call around a little before 1 p.m. about a fire on the roof of IPC Adhesives & Sealants where Summit and Barber roads meet. Mutual aid was called in from Barberton, Chippewa, Copley and Fairlawn.

“Some workers were doing some repairs on the roof and the glue they were using caught fire,” Norton Fire Chief Mike Schultz said. “They tried to put it out with buckets.”

Schultz said workers inside the factory were not even initially aware of the fire, that the roofers themselves called 911. He said the blaze was mostly put out with fire extinguishers before his crews got there.

“We went up there and peeled back some of the roofing material and hit it with some water, just to make sure,” Schultz said.

Schultz said he was grateful the incident was so minor, due to the materials the plant uses in production. A fully involved fire at the factory could have resulted in a miles-wide evacuation.

“There’s some bad stuff in there,” Schultz said. 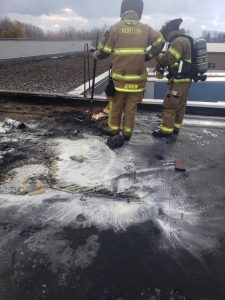 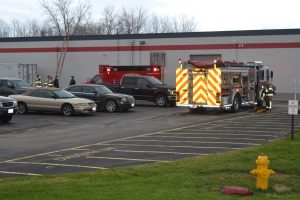