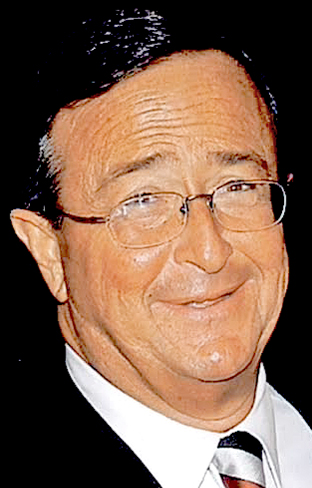 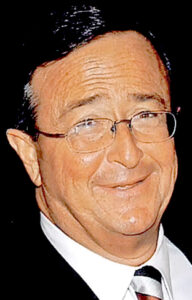 Grosse Pointe Farms resident Ronald Louis Vallan passed away peacefully Tuesday, Nov. 10, 2020, in his sleep, due to complications from congestive heart failure. Ron was born April 9, 1946, in Detroit, to Dominic and Elizabeth Vallan, both now deceased.

He is survived by his loving wife of 50 years, Susan; and children, Anthony (Shelly), Lisa (Michael Francescutti) and Ronald. Ron was proud grandfather to Madison, Nick, Andrew and Jake. He also is survived by his brother, brother-in-law, sister-in-law and many nieces and nephews.

Well loved by many friends, employees and customers, Ron considered them part of his extended family and treated them as such.

A proud veteran, Ron served in the U.S. Air Force during the Vietnam War.

Ron began his tenure at Young Supply Co., Jan. 21, 1974, where he worked for its owner, his father, Dominic A. Vallan. He assumed ownership of the company in 1981. Ron’s legacy as its owner, president, CEO and chairman of the board was unmatched in the vision, leadership and guidance he provided as he moved the company from a local southeastern Michigan refrigeration wholesale distributor to one of the nation’s premier HVAC, refrigeration and food service equipment wholesale distributors with 18 branches throughout Michigan and northern Ohio. Well respected in the industry, Ron earned many awards and accolades for his service. Ron also served more than 15 years as a board member of the Key Wholesaler Group Association; he happily shared his knowledge while he helped dozens of other wholesale distributors across the country succeed.

Ron loved traveling, cycling, squash, skiing, tennis and working out. He was a longtime member of the Detroit Athletic Club and Country Club of Detroit. In addition, he enjoyed art, design, architecture, shopping, fine clothing and scenic drives along Lake St. Clair. A true food connoisseur, Ron enjoyed dining at restaurants around the world. His love of food led to many friendships with chefs and others in the restaurant industry. Breaking bread with family and friends was one of Ron’s favorite pastimes.

His family said Ron’s passion for life, trademark smile and genuine interest in others’ well-being will be remembered by all who knew him throughout his remarkable life.

Due to COVID-19, funeral services will be limited to immediate family. A full military service and celebration of life gathering will take place April 9, 2021.

Share a memory and view the family’s video tribute to Ron at ahpeters.com.

Monday Musings: Preparing for phasing out of lockdown 4.0 – pune news