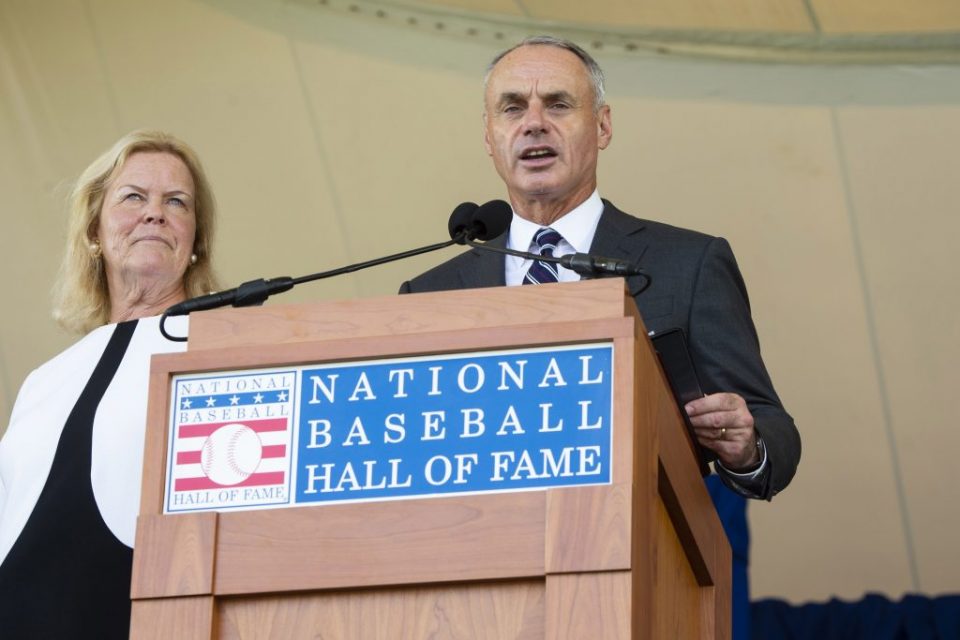 COVID-19 has thrown a wrench into Major League Baseball’s plans throughout the past few months, and Monday was no different. The Marlins-Orioles and Yankees-Phillies games were both postponed because of the outbreak affecting the Miami club, which has seen 11 of the 33 players on its 30-man roster and three-man taxi squad test positive. The Marlins-O’s matchup on Tuesday will also be pushed back as a result, but commissioner Rob Manfred expressed confidence Monday that the 60-game season will still be able to take place.

“We think we can keep people safe and continue to play,” Manfred said (per Bryan Hoch of MLB.com and Bill Shakin of the Los Angeles Times), adding that the league hasn’t seriously considering shutting down the season at this point. For MLB to do that, it would require one of its teams “losing a number of players that rendered it completely non-competitive,” Manfred stated.

Whether the Marlins are “non-competitive” in their current state isn’t fully clear, as the identities of their players who tested positive aren’t known right now. They certainly appear to be at a disadvantage, though. The Fish were scheduled to play the Orioles in Miami, but the two could instead square off in Baltimore on Wednesday if the Marlins’ coronavirus tests yield the desired results, according to Manfred (via Shaikin). Manfred expects that the latest results from Miami and Philadelphia (which hosted the Marlins over the weekend) will come in Monday night, and the league will issue an update Tuesday, Hoch tweets.

It’s hard to call this anything but a terrible outcome for MLB, whose season just kicked off and looks less certain than ever to finish, but Manfred’s taking an optimistic approach for the time being. He insisted (via Jordan McPherson of the Miami Herald) that this is not “a nightmare situation” for the sport.

City of Windsor opens hand sanitizer distribution to all residents

Candidates should lead by example, especially during a pandemic