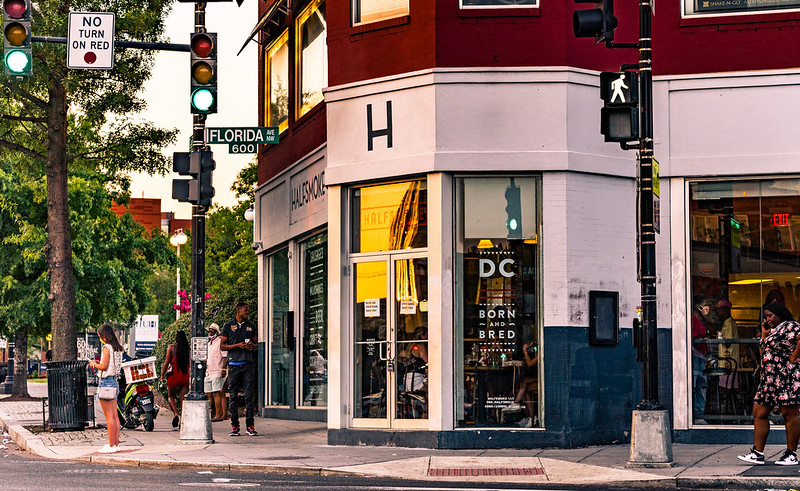 As the world enters the seventh month of closures and job losses due to COVID-19, the District of Columbia, like many other jurisdictions, has adopted emergency action to limit the transmission of the disease and contain its economic impacts. The city is now looking for policies that will lead its residents and businesses to economic recovery.

This publication examines responses to the pandemic by the District and by other cities around the world, including short- and long-term policies adopted to aid recovery, actions proposed to close budget gaps, the impact of the pandemic on the future of cities, and additional recommendations for D.C. based on what other jurisdictions are considering for recovery.

October marks the seventh month of closures and job losses due to COVID-19. To combat the health and economic impacts of the pandemic, many jurisdictions, including the District of Columbia, have implemented emergency measures; adopted short-term policies to cushion the initial shocks, and are now looking for longer-term policies to aid residents and businesses through depressed economic activity, and pave the road to recovery.

The return to normal economic activity COVID-19 will depend on the availability of a cure or a vaccine. Until then, the District will be able to begin some form of recovery only if it can show that leaving home and coming to D.C. as a commuter or visitor is safe. Accordingly, there is great focus on designing short-term policies to help the District safely open schools and places of business. Policy implementation will require that the disease spread is sufficiently contained to move to the development and publication of Phase III guidelines, as well as the implementation of strong testing and contact tracing programs.

The District relies most heavily on income taxes for revenue, making job protection and creation essential to recovery. By the end of August, the pandemic-induced recession had reduced jobs in the District by 58,400 (and private sector jobs by 62,700),[1] undoing six years of private sector job growth. While half of the city’s workforce can telework, many have become unemployed and are facing intense financial strain. Unemployed residents of the District are disproportionately Hispanic, young, with minor children, and previously employed in the food and hospitality sectors.

Return to work is remains a significant roadblock on the path to recovery. Many D.C. residents who are unemployed have dropped out of the labor force. Some have done so because they must take care of children or elderly at home, some because they are worried that they will get sick and make others sick, and some because they have lost hope that they will find a job. Further, many who have kept their jobs are primarily working from home. An estimated 5 percent of traditional office workers are going to work, compared to approximately 24 percent in the entire metro region. Lack of commuters and tourists are depressing street level activity.

Many jurisdictions, including the District, are also contemplating policies to create a recovery that is inclusive. That could require an intentional plan with multiple goals and metrics. For example, after the 1997 Revitalization Act, the District formed an economic recovery plan, The Economic Resurgence of Washington, DC: Citizens Plan for Prosperity in the 21st Century. This plan laid out 40 policies that would help the District energize its economy, focusing on growing private sector businesses and jobs; educating and training a quality local workforce; rebuilding and strengthening low income neighborhoods; increasing business downtown; attracting and retaining residents; and promoting equitable economic prosperity and smart growth (for example, connecting Washington D.C. residents to metropolitan jobs with transit linkages).

Today, with businesses and the commercial real estate sector signaling distress, the District faces many of the same challenges. For the District to be competitive both nationally and regionally, it will have to once again develop plans that make the city an attractive destination for raising families or starting businesses. While the timeline for a COVID-19 vaccine is unclear, it is never too early to formulate post-pandemic recovery policies that can help retain existing businesses, attract new ones, increase employment, and reduce poverty.

This document examines responses to the pandemic in the District and in other cities across the world. The first section looks at what short- and long-term policies the District and other localities have put in place to aid recovery including public health interventions, direct aid to residents, and aid to businesses. The second section lists revenue interventions states and localities have considered—and sometimes adopted—in response to the fiscal shocks from COVID-19.[2]

The third section outlines potential longer-term economic impacts of COVID-19 on cities and urban employment centers. The fourth and final section concludes with a set of recommendations based on our review of what other jurisdictions are contemplating as they develop their long-term recovery strategies.

Many cities facing similar challenges have put together task forces and plans to aid recovery. For this report, we reviewed recovery plans from 13 cities in 9 US states, as well as 10 international cities.[3] These plans include both short-term actions that are designed to provide financial stability to households and small businesses; and longer-term policies to address the historic economic impact of systemic racism.

Short-term relief initiatives in other jurisdictions

When considering additional economic interventions, the District could look to some of the following creative initiatives pursued in other US and international cities.[4] (see details in Appendix 2)

In early months of the pandemic (beginning in April), the ReOpen DC Advisory Group, brought public and private stakeholders together, and defined sector-based logistical details of the District’s immediate reopening plan including defining stages 1-4 of recovery.

As municipalities grapple with the immediate implications of the pandemic, longer-term relief efforts are still taking shape. The District has created DERT (District Economic Recovery Team), to help design the city’s long-term strategy. DERT is a multi-agency team housed at the office of the Deputy Mayor for Planning and Economic Development. The team will work with non-government entities to plan long-term support to local business, labor, and resident constituencies rebuilding post-pandemic.

The District’s tax revenue has been significantly dampened by COVID-19. Initially, the city was able to fill the gap created by revenue losses by a mix of budget cuts (approximately $190M) and the use of its rainy-day funds (approximately $1.45B over fiscal years 2020 and 2021) buying itself two-years of stability. The latest revenue estimates from the Chief Financial Officer suggest that recovery would be slower than initially anticipated: the CFO now expects further reductions in tax collections of approximately $200M each year in the financial plan period, beginning fiscal year 2021.

Other cities and states had to turn to tax increases to make up for the large projected budget deficits that would be impossible to close by cutting spending alone without drastic reductions and furloughing of government workers . For example, California is projecting a 16 to 21 percent decline in revenues, New Jersey is projecting an 18 percent decline, and New York State, 13 percent (D.C. projected decline was about 4 percent of local revenue).

City budgets have been even more vulnerable, especially in cities that rely heavily on sales taxes. On average, cities project a 13 percent decline in revenues, while face increasing cost pressures from COVID-19 related needs such as economic relief efforts, and spending related to health emergency measures. Whether the loss in revenue is short-term or longer-term would determine how cities would restructure their budgets in the coming years. However, a stark example of the need to address longer-term deficits is the recent downgrade of New York City’s credit ratings, which the rating agency tied to the city’s delaying of solving the longer term budget gaps.

In this section we provide a list of tax proposals considered and in some cases, adopted by the District of Columbia. We also review tax proposals considered by other cities and states across the country we came across in our research. We do not recommend adaptation of these measures in D.C., given the risks associated with raising taxes when economic fundamentals remain weak, and the prospect of  longer term shifts away from urban employment centers (next section) threaten the District’s tax base.

The District adopted several revenue initiatives which collectively generated around $39 million in fiscal year 2021 and approximately $45 million in the outyears. Most of this additional revenue has been earmarked for COVID-related spending such as school-based mental health support, rent assistance, and homelessness programs.

The District recently considered but declined to raise taxes on wealthier residents earning over $250,000 in annual income. A proposal to tax sales of advertisements and personal information was similarly rejected. The city also changed the way it taxes motor fuel sales, but the tax revenue from the gas tax is dedicated to the Highway Trust Fund (with a newly added surcharge supporting the capital budget) and therefore does not impact the operating expenditures.

Tax proposals considered by other jurisdictions

Cities around the country have been confronting similar revenue challenges. This section includes listed policy proposals being considered and implemented in other jurisdictions, some of which resemble the District’s own initiatives. (for details, see Appendix 3)

Themes that emerge across the proposals listed below include:

The rapid shift to working from home has greatly disrupted the commercial real estate sector and has led companies around the world to reevaluate their post-pandemic workplace requirements. There are not enough economic data to make definitive observations on how the pandemic is changing the attractiveness of cities. However, there is an increased expectation that the impacts of the pandemic on the workplace—including telecommuting becoming the norm—will linger over time. Below, we present some information on how COVID-19 is perceived to impact cities, and how landlords, tenants, and employers are responding to the changing workplace conditions, both in the D.C. region and nationwide.

Effect on vacancy, availability, and demand

Return to the workplace

The District has already responded to COVID-19 and its impacts on the community with expanded testing freely available to residents, a thoughtful reopening plan and strong legislative action. Our research on other jurisdictions have identified the following items as potential next steps for the city:

Return to the workplace:

Support to the business community:

Emilia Calma and Sunaina Kathpalia prepared this report with the assistance of Benjamin Topa, intern at the D.C. Policy Center.

[1] Seasonally adjusted, based on the State and Area Employment, Hours, and Earnings data provided by the Bureau of Labor Statistics.

[2] Each jurisdiction had different goals and faced different constraints in considering tax hikes. Some—like California—are faced with close large budget gaps without having to worry too much about interjurisdictional competition for businesses.

[4] The following sites have collected information about exemplary COVID-19 economic recovery initiatives undertaken in cities and states around the world:

Less than three months from the end of the Brexit transition period, what are the practical steps retailers can take now? PART 2 Customs, warehousing and logistics

This Is How The U.S. Marine Corps Will Dominate In The 21st Century