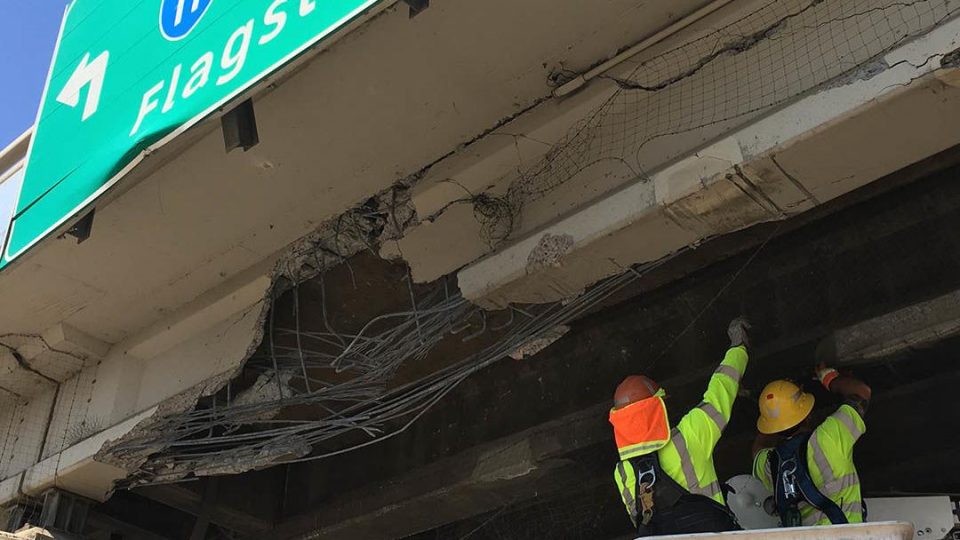 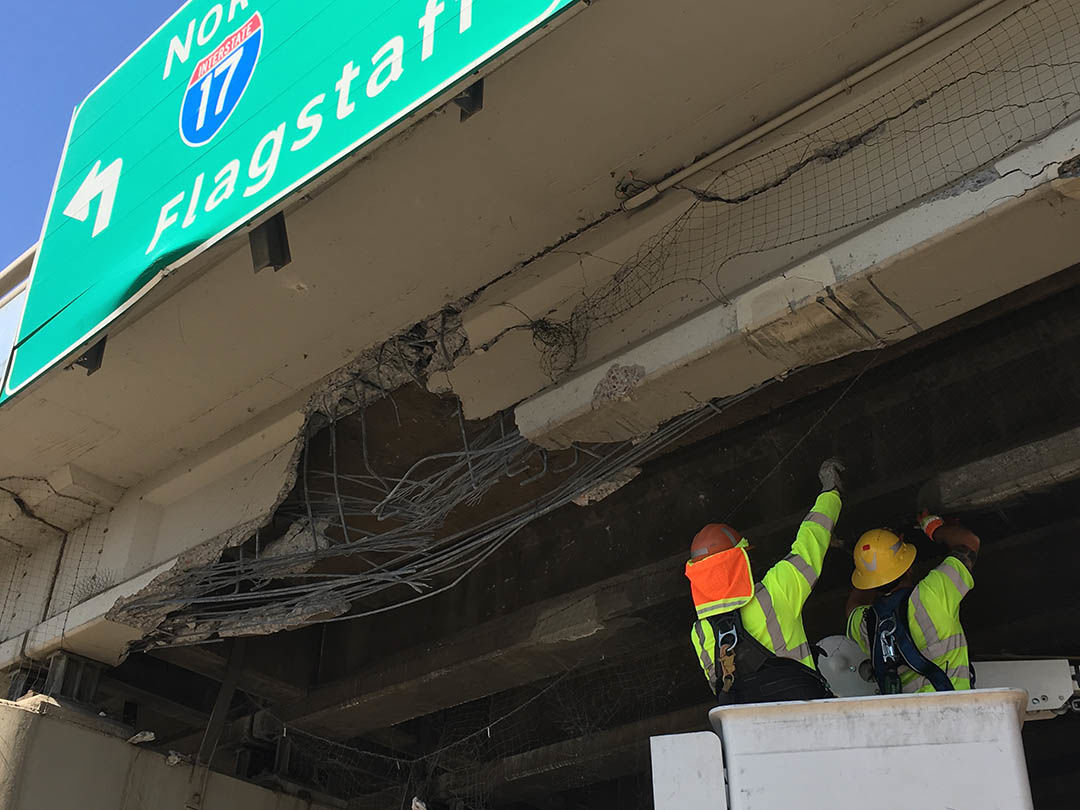 Damage reached more than $361,000 when a piece of construction equipment on a trailer struck the underside of an Interstate 17 bridge in Phoenix in October 2017. 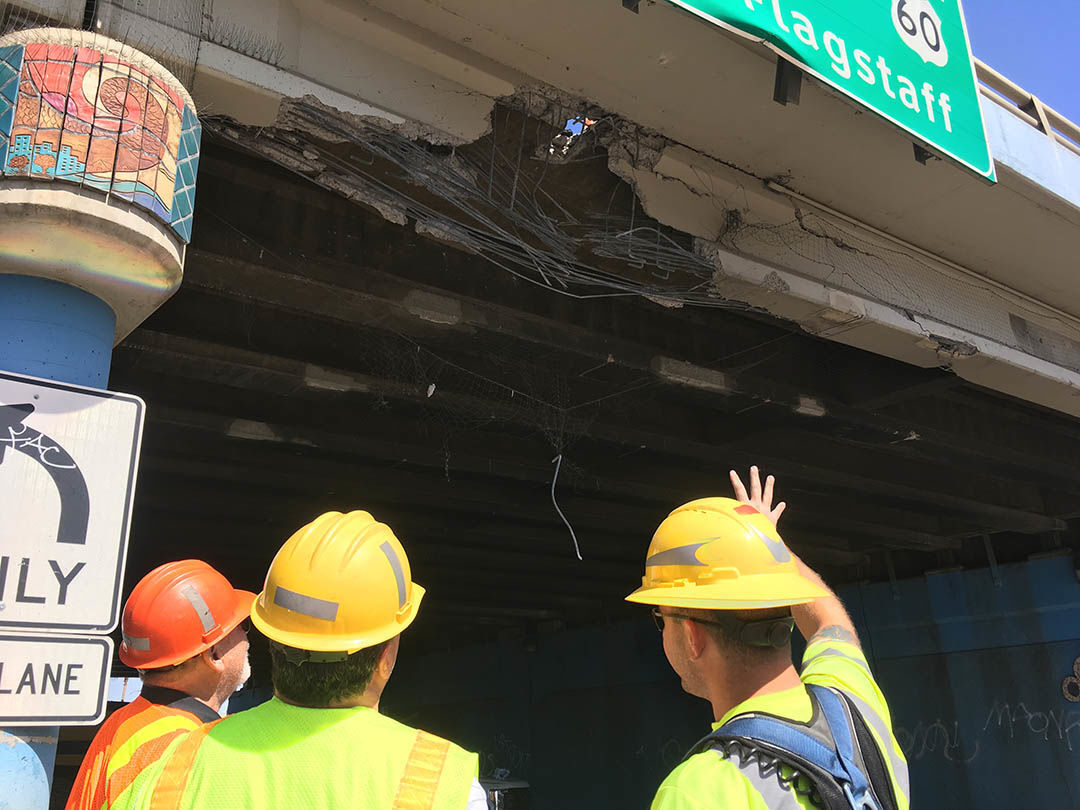 The Insurance Recovery Unit has recouped nearly $45 million since 2012, including damage to this I-17 bridge when an over-height truck smacked into it.

In a state that experienced 129,750 vehicle crashes last year, with many occurring on state highways, transportation officials have made it their mission to prevent taxpayers from footing the bill for infrastructure damage.

In 2012, the Arizona Department of Transportation established its Insurance Recovery Unit — a team with backgrounds in the insurance industry — to recoup the money when individuals or firms are responsible for damage to highways.

During the 2020 fiscal year, which ended June 30, the group recovered more than $5 million from the 2,701 claims they processed. It’s the most the group has processed, accounting for 98% of the crash-related maintenance needs. The claims address repair, labor, equipment and material costs.

The unit has recouped nearly $45 million since 2012, including the “extensive” damage done to the Interstate 17 bridge over Seventh Avenue in Phoenix due to an over-height truck hitting a concrete girder.

Before claims are made, law enforcement responds to incidents in which a guardrail, bridge or another area of the highway are damaged. The officer marks the damage with a sticker as well as an incident report number.