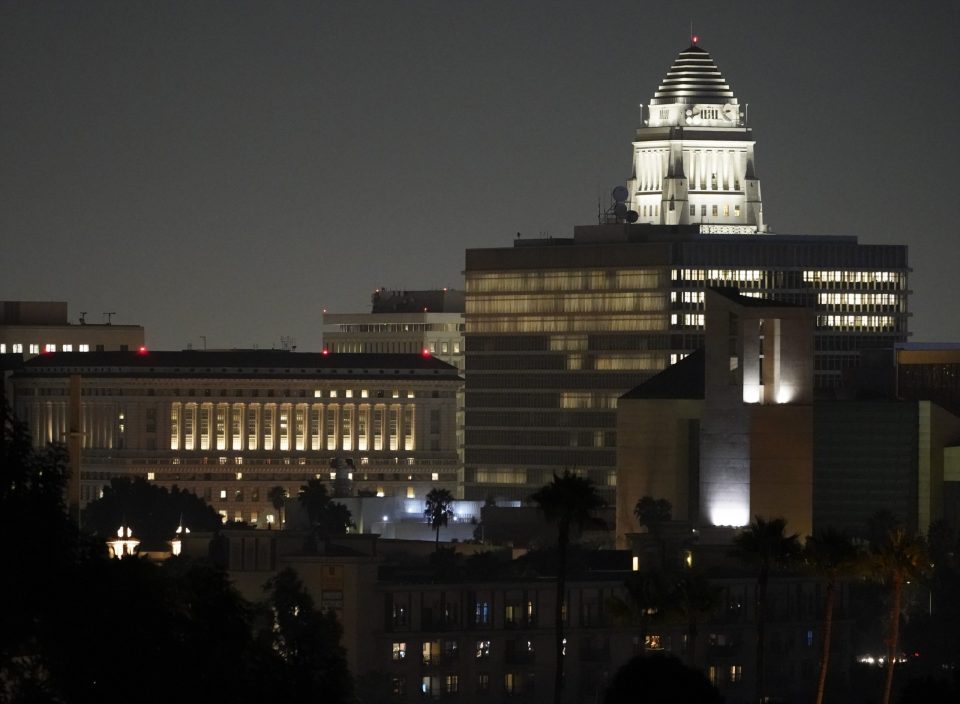 Spending her life in Los Angeles, Morgan Andersen knows natural disasters all too well. In college, an earthquake shook her home hard. Her grandfather was affected by recent wildfires in neighboring Orange County.

“It’s just that constant reminder, `Oh yeah, we live somewhere where there’s natural disasters and they can strike at any time,’” said the 29-year-old marketing executive.

The Federal Emergency Management Agency has calculated the risk for every county in America for 18 types of natural disasters, such as earthquakes, hurricanes, tornadoes, floods, volcanoes and even tsunamis. And of the more than 3,000 counties, Los Angeles County has the highest ranking in the National Risk Index.

New York and Philadelphia rank far higher on the risk for tornadoes than tornado alley stalwarts Oklahoma and Kansas.

The way FEMA calculates the index spotlights places long known as danger spots, like Los Angeles, but some other places highlighted run counter to what most people would think. For instance, eastern cities such as New York and Philadelphia rank far higher on the risk for tornadoes than tornado alley stalwarts Oklahoma and Kansas.

And the county with the biggest coastal flood risk is one in Washington state that’s not on the ocean, although its river is tidal.

Those seeming oddities occur because FEMA’s index scores how often disasters strike, how many people and how much property are in harm’s way, how vulnerable the population is socially and how well the area is able to bounce back. And that results in a high risk assessment for big cities with lots of poor people and expensive property that are ill-prepared to be hit by once-in-a-generation disasters.

While the rankings may seem “counterintuitive,” the degree of risk isn’t just how often a type of natural disaster strikes a place, but how bad the toll would be, according to FEMA’s Mike Grimm.

“They (the top five) are a low frequency, potentially high-consequence event because there’s a lot of property exposure in that area,” said University of South Carolina Hazards & Vulnerability Research Institute Director Susan Cutter, whose work much of the FEMA calculations are based on. “Therefore, a small tornado can create a large dollar loss.”

In New York, people are far less aware of the risk and less prepared — and that’s a problem, Grimm said. The day before he said that, New York had a tornado watch. Days later, the National Weather Service tweeted that in 2020 several cities, mostly along the East Coast, had more tornadoes than Wichita, Kansas.

New York and Philadelphia rank far higher on the risk for tornadoes than tornado alley stalwarts Oklahoma and Kansas.

In general, Oklahoma is twice as likely to get tornadoes as New York City, but the damage potential is much higher in New York because there are 20 times the people and nearly 20 times the property value at risk, FEMA officials said.

That sort of denial is especially true with frequent and costly flooding, he said, and is the reason only 4% of the population has federal flood insurance when about one-third may need it.

Disaster experts say people have to think about the big disaster that happens only a few times a lifetime at most, but is devastating when it hits — Hurricane Katrina, Superstorm Sandy, the 2011 super outbreak of tornadoes, the 1906 San Francisco earthquake or a pandemic.

“We’re bad at taking seriously risks that happen only infrequently,” said David Ropeik, a retired Harvard risk communications lecturer and author of “How Risky Is It, Really?” “We simply don’t fear them as much as we fear things that are more present in our consciousness, more common. That’s practically disastrous with natural disasters.”

Something like FEMA’s new index “opens our eyes to the gaps between what we feel and what is,” Ropeik said.

Loudoun County, a Washington, D.C. outer suburb, has the lowest risk of any county. Three other Washington suburban counties rank among the lowest risks for larger counties, along with suburban Boston, Long Island, suburban Detroit and Pittsburgh.

By the same measurement, Loudoun County, a Washington, D.C. outer suburb, has the lowest risk of any county, according to FEMA. Three other Washington suburban counties rank among the lowest risks for larger counties, along with suburban Boston, Long Island, suburban Detroit and Pittsburgh.

Some of FEMA’s risk rankings by disaster type seem obvious. Miami has the highest risk for hurricanes, lightning, and river flooding. Hawaii County is tops in volcano risk and Honolulu County for tsunamis, Dallas for hail, Philadelphia for heat waves and California’s Riverside County for wildfires.

Outside risk expert Himanshu Grover at the University of Washington called FEMA’s effort “a good tool, a good start,” but one with flaws, such as final scores that seem to downplay disaster frequency.

Risks are changing because of climate change and this index doesn’t seem to address that, Ropeik said. FEMA officials said climate change shows up in flooding calculations and will probably be incorporated in future updates.

This new tool, based on calculations by 80 experts over six years, is about “educating homeowners and renters and communities to be more resilient,” FEMA’s Grimm said, adding that people shouldn’t move into or out of a county because of the risk rating.

The Associated Press Health and Science Department receives support from the Howard Hughes Medical Institute’s Department of Science Education. The AP is solely responsible for all content.

Copyright 2021 Associated Press. All rights reserved. This material may not be published, broadcast, rewritten or redistributed.

BharatPe to raise up to $200 mn equity funding

Rainfall and Run-off Software Market was valued at US$ 403.1 Mn in 2018 and is Expected to Reach US$ 671.5 Mn by 2027, Owing to Increasing Demand by Local Bodies to Manage Runoffs Associated with Flashfloods and Intense Rains, says Absolute Markets Insights