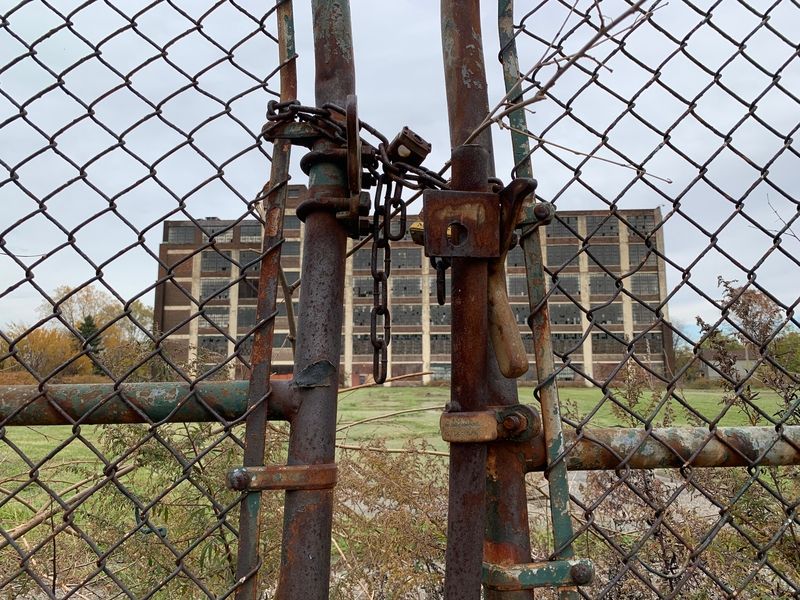 A mammoth piece of Cleveland history is up for grabs — if you’ve got $3.5 million handy.

The former Richman Brothers Co. complex on East 55th Street hit the market at the end of October after a decade of unrealized redevelopment plans spanning everything from indoor fish farming to mixed-income housing.

At 638,000 square feet, the onetime garment factory is a behemoth — one that has challenged potential developers, ensnared global owners and captured the imagination of planners during nearly three decades of vacancy.

Built in 1915, the building served as the headquarters, manufacturing and distribution hub for a venerable men’s clothier. The Richman Brothers Co. put down roots in Cleveland in 1879 and expanded from wholesaling into retail and direct mail.

The company — known for progressive policies including paid vacations, sick benefits and childbirth benefits — once employed more than 2,500 workers on East 55th, a short walk south of Superior Avenue. By 1945, Richman’s original, E-shaped factory had grown to the size of 11 football fields.

F.W. Woolworth Co. bought the company in 1969 and closed the Cleveland plant, and the brand’s remaining stores, in 1992. Since then, the headquarters complex has languished in a neighborhood hard hit by population loss, foreclosures and blight.

The current owner, a company helmed by immigrant entrepreneur Derek Ng, acquired the property in 2009.

Early on, Ng promoted his vision for a mixed-use makeover of the plant. He pitched Chinese investors on Cleveland through a series of online videos. In news stories, he talked about trying to raise funds through the federal EB-5 visa program, which offers U.S. residency to foreign investors who put money into job-creating projects.

But Ng’s plans never panned out. He declined to comment for this article.

A listing for the 6-acre site popped up online Oct. 29 through the Newmark real estate brokerage. Terry Coyne, a Newmark vice chairman, said Ng decided to put the complex up for sale after sustaining a back injury and being urged by his wife, a doctor, to slow down.

So far, Coyne and colleague Richard Sheehan have fielded inquiries from manufacturers and apartment developers, including an out-of-state company whose deals involve low-income housing tax credits. The building, with roughly 2 acres that once served as parking, also might be a good candidate for government uses, Coyne said.

“It would be a great location to move county and city offices from downtown,” he said, noting ongoing discussions about the future of Cuyahoga County’s aging Justice Center complex on Ontario Street.