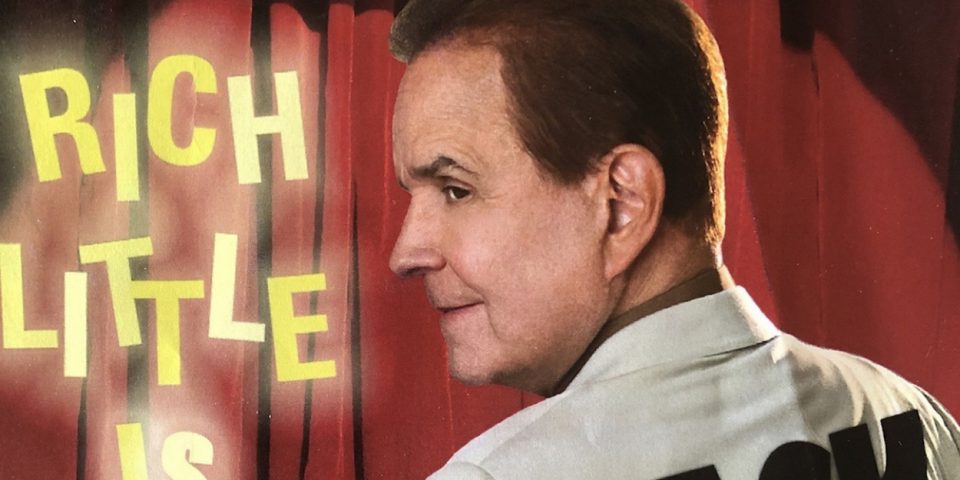 Laughter will once again fill the room that has been eriely silent since the covid pandemic began in late February of 2020, as Rich Little, the legendary master mimic of more than 200 voices and arguably the most famous impressionist in the world, shares stories, jokes and anecdotes in the voices and mannerisms of other legendary icons such as John Wayne, Johnny Carson, Jimmy Stewart, Dean Martin, Andy Rooney, just to name a few.

The Tropicana has announced that they will be re-opening their Laugh Factory stage to a socially distancing and limted seating audience. A venure that traditionally accomodates 270, will limit their seating to 90. Las Vegas staging restrictions requires that Rich be a minimum of 24 feet from patrons and that although groups with a maximum number of four may purchase seats together, all others must be seated six feet apart.

In early 2020, Rich Little broke an entertainment record having signed an extended contract with the Tropicana in Las Vegas, making him their longest running engagement. Unfortunately, delayed due the pandemic, the historic moment was put on hold. However, Little is back and excited to retake the stage and begin what will hopefully be an effort to return to the pre-pandemic life we remember with fondness.

A professed classic movie buff, he’s particularly fond of impersonating Jimmy Stewart, Jack Lemmon, John Wayne and Humphrey Bogart, but Little has also latched on to baby boomer-friendly characters, such as Paul Lynde, Kermit the Frog, Andy Rooney and Dr. Phil, to name a few. Some of his favorite current impressions are of stars Arnold Schwarzenegger, Sylvester Stallone, Jack Nicholson, and Clint Eastwood. “They’re easy to do,” he says. “They are larger than life.”

In addition, Little has a voice for every administration, including every U.S. President from John F. Kennedy to Biden. In fact, infamous for his skewering of political figures, Little has charmed, amused, intrigued and gotten the best of politicians from here to his native Canada. He entertained at both of Reagan’s presidential inaugurations, during which President Reagan was reported to have said, “You do me better than I do.”

In January 2010, Little became a United States citizen and during his Swearing in Ceremony, for U.S. Citizenship, the Judge asked Rich to recite the Pledge of Allegiance as John Wayne … He did.

As part of his program, Little highlights his skills as an artist, using his own sketches and drawings of well-known personalities as a backdrop. To date, Little has drawn more than 100 portraits of all the celebrities and politicians he imitates, and displays several of these life-like charcoal sketches in his shows.

In Little’s recent updated re-release of People I’ve Known and Been: Little By Little (available online), for which all book sales benefit U.S. Veterans, through the Gary Sinise Foundation, Little features his own artwork and offers insights into the likes of many of these great people he has had the privilege and fortune to meet and imitate, to shine a new light on our beloved stars. “This is really not a biography,” says Little, “but more of a humorous glimpse of the people I’ve impersonated and some of the funny stories that happened along the way.”

More Hot Stories For You

A Look Inside The Porsche “Zero Impact” Factory

Here’s What We Learned About The CEO Pay At The Cheesecake Factory Incorporated (NASDAQ:CAKE) – Simply Wall St News