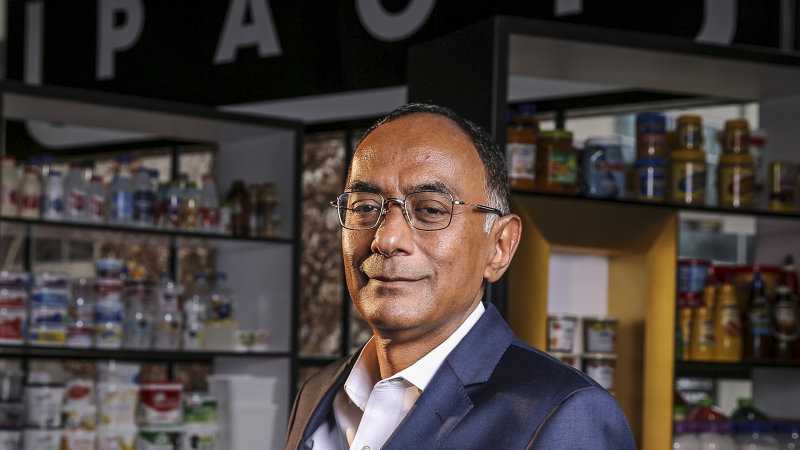 He said the packaging sector was going through substantial change, and the review would identify which businesses were central to Pact’s future and would guide future investment decisions. Pact operates more than 110 sites, mainly in Australia and Asia.

Mr Dayal also said that Pact’s profit guidance for 2019-2020 was unchanged after trading in the first four months of the financial year had been in line with the group’s expectations. This was welcome news for long-suffering Pact shareholders after a series of downgrades over the past 18 months, which shredded the share price and Mr Geminder’s personal wealth. One of those downgrades was announced at the annual meeting a year ago.

Pact shares have risen by 14 per cent in the past six weeks after sliding to $2.20 in late September. The shares were at $4.03 in February.

Mr Dayal was the chief executive of building products, corporate strategy and innovation at BlueScope, where he worked for nine years until 2018. Earlier in his career, he had a decade-long stint at explosives and chemicals group Orica.

Mr Geminder is the brother-in-law of Australia’s richest person, Anthony Pratt, and was listed at No. 53 in the latest Financial Review Rich List.

Pact was formed in 2002 after Mr Geminder engineered the management buyout of several underperforming assets from Visy Industries. Pact listed on the Australian Securities Exchange in late 2013 at an issue price of $3.80.

Mr Dayal told shareholders at the annual meeting that Pact’s pooling and re-use business would be expanding in 2020. One of its flagship contracts with grocery retailer Aldi for the supply of returnable produce crates in its 500 stores in Australia had been operating smoothly since August.

Pact is also driving a reuse strategy in its TIC Retail Accessories business, which supplies coat hangers and security tags to clothing makers selling their garments in major retailers, including Myer, David Jones and Target.

Pact bought that business in October, 2018 for $122 million and Mr Dayal said the group had just secured a long-term agreement with a major retailer in the United States for the supply of garment hanger re-use services.

For Freight’s Sake: Advice for new freight brokers and investors

How the manufacturing industry can minimize its carbon footprint