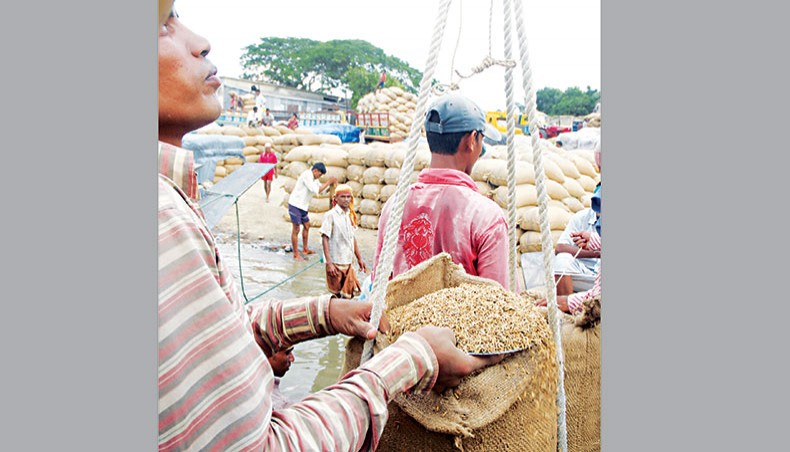 Food minister Sadhan Chandra Majumder on Friday said it was a unique initiative to procure rice from the farmers by using digital apps during the coronavirus pandemic.

Stressing on the need for ‘Rice Procurement Digital Apps’, the minister said it would play a vital role when the government collects rice directly from the farmers at a fair price by maintaining health guidelines and social distance during the COVID-19 outbreak.

The minister said these as the chief guest while addressing a virtual meeting of the closing ceremony of 100 per cent rice collection activities by the Khulna district administration through this ‘Digital Rice Procurement Apps’ was held on Friday at the deputy commissioner’s conference room in the city.

Hailing the district administration of Khulna, Sadhan Chandra Majumder said this was a unique example, innovative initiative and a lesson for the concerned authorities.

He also lauded Khulna Rice Mill Owners Association for their cooperation to implement such a type of digital initiative.

Besides, the tyranny of middle men have been reduced after opening this apps side by side, marginal farmers become happy as they get fair prices directly connected with the local government representatives through this apps, he said.