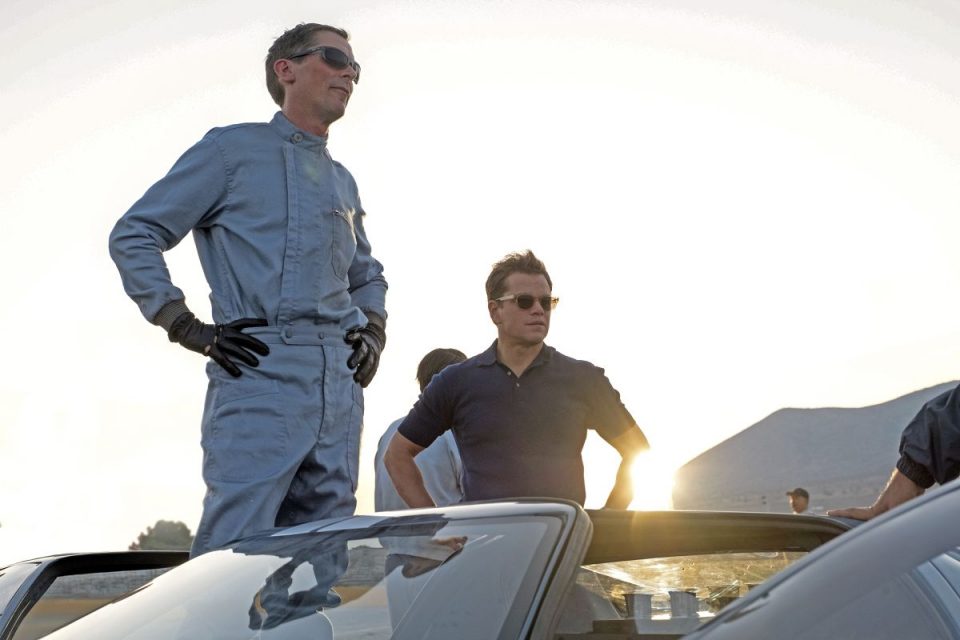 Although it was produced long before The Walt Disney Company closed its US$71.3-billion purchase of 21st Century Fox, the new racing drama Ford v Ferrari – Fox’s first big Oscar-season film to be released by the Mouse House – could be generously read as a subversive allegory for finding creative autonomy within the corporate machine.

At one end, director James Mangold’s film follows the efforts of hotshot American car designer Carroll Shelby (Matt Damon) and his eccentric British driver Ken Miles (Christian Bale) as they attempt to build a vehicle capable of defeating the legendary Ferrari racing crew at the 1966 24 Hours of Le Mans tournament.

The pair’s journey, based on a real-life automotive arms race, is depicted by Mangold and his three screenwriters as a triumph of individual ingenuity and elbow-greasy drive – and one that is constantly undermined by the power resting on the other end of the film: the Ford Motor Company.

Yet for a film that at every opportunity pushes an argument against success-by-committee – that true creative power rests with the individual, not with board members – Ford v Ferrari’s narrative and emotional beats feel assembled in a factory-floor kind of way. The characters are stock, the story’s ups and downs are easily telegraphed, and the inoffensive but not particularly inventive dialogue is spat up as if the actors were eager to move onto the next thing.

This doesn’t mean Mangold’s film is a disastrous product worthy of recall – only that it is indeed a product, carefully packaged to appeal to a clearly targeted demographic. After its debut at the Toronto International Film Festival, critics were eager to appoint the film as the ultimate “Dad Movie.” But being a father myself, I find that label rather insulting. Instead, Ford v Ferrari is destined to be your divorced uncle’s favourite movie of all time.

Not to say that your lonely relative has offensive taste. There are detours in Ford v Ferrari that hold interest, including Bale’s haughty performance, where the actor gets to do what he does best: pretend as if he’s above it all.

Damon is less successful in bringing the all-American Shelby to much life, though perhaps Mangold realized this deficiency early on. Not only does he pair his lead with a cocky Bale, but he also surrounds them both with a handful of scenery-chewing manly men – and, with the exception of Caitriona Balfe’s work in the margins as Ken’s wife Mollie, they really are all men – who can turn Hamburger Helper into wagyu.

There’s the swaggering Bernthal, who delivers such an intriguing portrait of Iacocca that I could handily stomach a spinoff, and a hugely enthusiastic Letts, who slyly pumps up Ford right before he deflates him.

The racing sequences are just as interesting, with Mangold depicting the 24 Hours of Le Mans as a punishing gauntlet that attracts only titans and lunatics. It is something of a miracle that the same director who brought us that Logan-gripping-the-Tokyo-subway-with-his-claws lunacy of The Wolverine is the same one responsible for Ford v Ferrari’s grounded action.

Yet off the track, the film feels so flat and safe, so absent of anything that might seep outside the plastic corporate mold – like genuine curiosity or risk – that watching it feels like steadily and carefully drinking a glass of room-temperature water for 2½ hours. It goes down smooth and you’ll leave the theatre feeling full. But you’ll be left with a hunger for something with a hint of flavour, and hours later you’ll struggle mightily to remember just what it was that you gulped down in the first place.

Live your best. We have a daily Life & Arts newsletter, providing you with our latest stories on health, travel, food and culture. Sign up today.