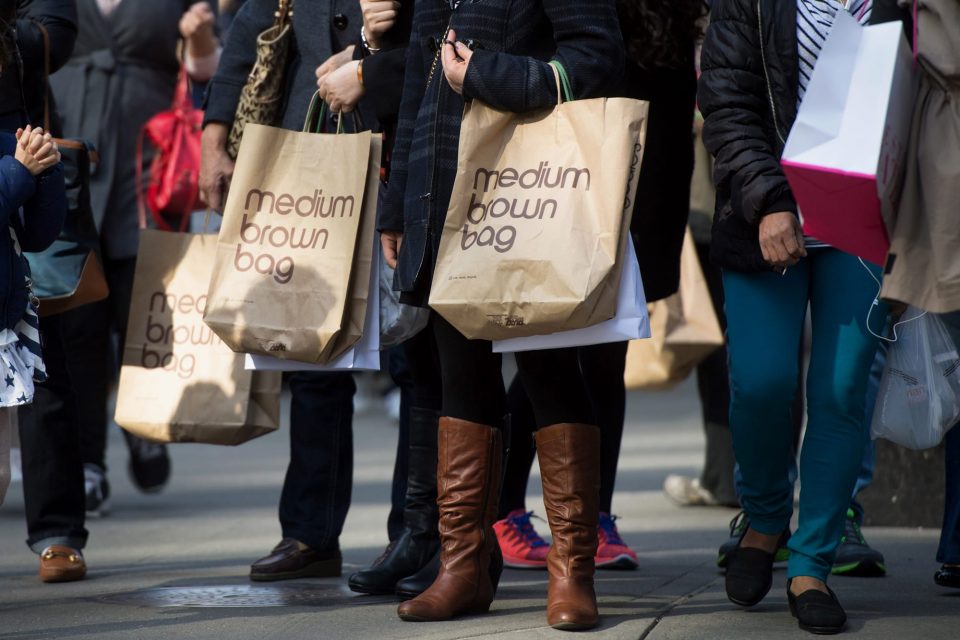 Consumers are likely to have increased their spending in October, after a surprising pullback in September.

The government’s October retail sales report, due at 8:30 a.m. ET Friday, is one of the most important data releases of the next couple of weeks. The report, and November’s jobs data, will be the final two big economic releases the Fed will review before it meets Dec. 10.

The report will also reveal whether the consumer is still healthy and capable of driving more than a sluggish pace of economic growth. And for Barclays economists, the retail sales report may settle the score on whether a drop off in spending in August and September was the result of consumers recovering from a spending spree around Amazon’s Prime Day in July.

Economists expect October retail sales will be up 0.2%, when they are reported at 8:30 a.m. ET Friday, according to Dow Jones. That compares to a decline of 0.3% in September. Excluding autos, sales are expected to be up 0.4%, compared to a decline of 0.1%.

“Retail sales could important. The heavy lifting of the economy for now is all being done by the consumer,” said Chris Rupkey, chief financial economist at MUFG Union Bank.

Some data in the retail sales report directly impacts GDP, and the October report will have an impact on fourth quarter growth forecasts. According to CNBC/Moody’s Analytics Rapid Update, economists’ median forecast is for growth of just 1.5% for the fourth quarter.

“It’s a big deal. It’s going to be important for Q4 GDP,” said Barclays economist Jonathan Miller. “PCE [personal consumption expenditures] is something like 70% of spending. It’s not something that’s extremely obvious in the way it works out…Basically the first month of the quarter gets the most weight.”

Miller expects a gain of just 0.1% on headline sales and 0.2%, for control, which excludes autos, gasoline and building materials. Control, which is different than core sales, was flat in September. He said the retail sales report and November’s employment report, released Dec. 1, are important for the Fed but unlikely to change its decision to keep rates on hold.

“Their bar in terms of making any additional cuts is material deterioration in the data, and really the data they’re going to see is this retail sales report and the November payrolls,” said Miller. “Those are the two most important things they’ll be looking for.”

Miller said the October report could hold the answer to the important question of how much Amazon’s Prime Day in July and promotions by its rival retailers affected retail sales data.

“It had been unusually weak in September. If you think back to July, core [sales] was scorching, it was up 0.9% month over month. Since then, it’s been stepping down. It was 0.3 in August and flat in September,” Miller said. “One story for that was Amazon Prime Day.”Miller said a lot of sales could have been pulled forward to July as consumers spent at Amazon, and other online and brick and mortar retailers who had competing sales. That could result in an upside surprise in October’s data, if consumers were really just sitting it out after spending more than normal in July.

“It would pull sales forward and create a pot hole effect in following months,” he said. Miller said another explanation is that the consumer economy just slowed down.

Castrating just four (4) of Min. Samuel D. Tweah’s LIES – Is he a wholesaler of falsehood?