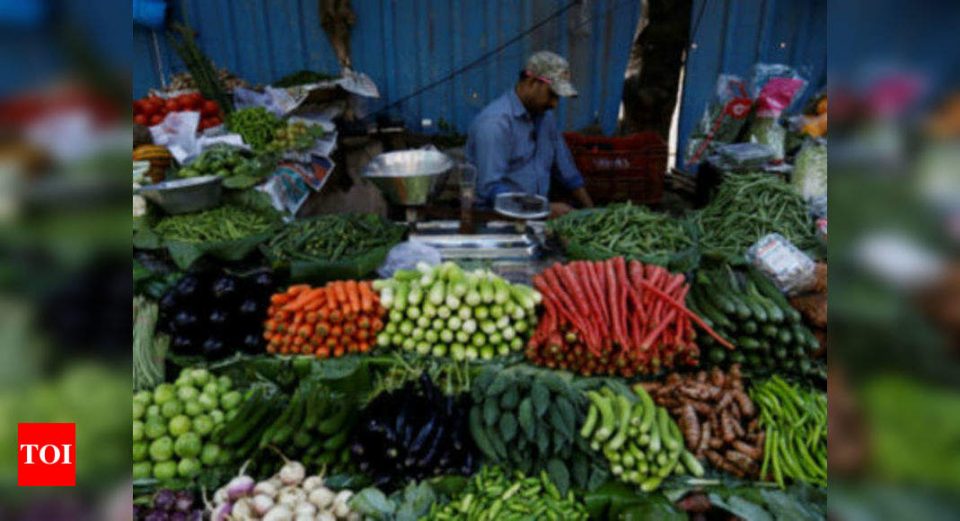 NEW DELHI: Retail inflation eased to 4.59% in December from a year ago, mainly helped by a sharp fall in vegetable prices, government data released on Tuesday showed, falling within the central bank’s target of 2-6% after eight months.
The figure based on the Consumer Price Index (CPI) stood at 6.93% in November.
Analysts in a Reuters poll had predicted an annual inflation at 5.28% for the month.
Food inflation declined to 3.41% in December in 2020, compared to 9.5% in the previous month, according to the data released by the ministry of statistics and programme implementation.
The Reserve Bank of India (RBI) factors in retail inflation while arriving at its monetary policy.
Another set of data released by the Centre showed that the country’s industrial production contracted by 1.9% in November.
According to the Index of Industrial Production (IIP) data, manufacturing sector output shrank by 1.7% in November 2020.
Mining output also declined 7.3%, while power generation grew 3.5%. The IIP had grown by 2.1% in November 2019.
Industrial production has been hit due to the Covid-19 pandemic since March last year when IIP contracted by 18.7% in the month.
previous post

Southwick factory in Haverhill finds a buyer, but future of 413 workers uncertain | Haverhill