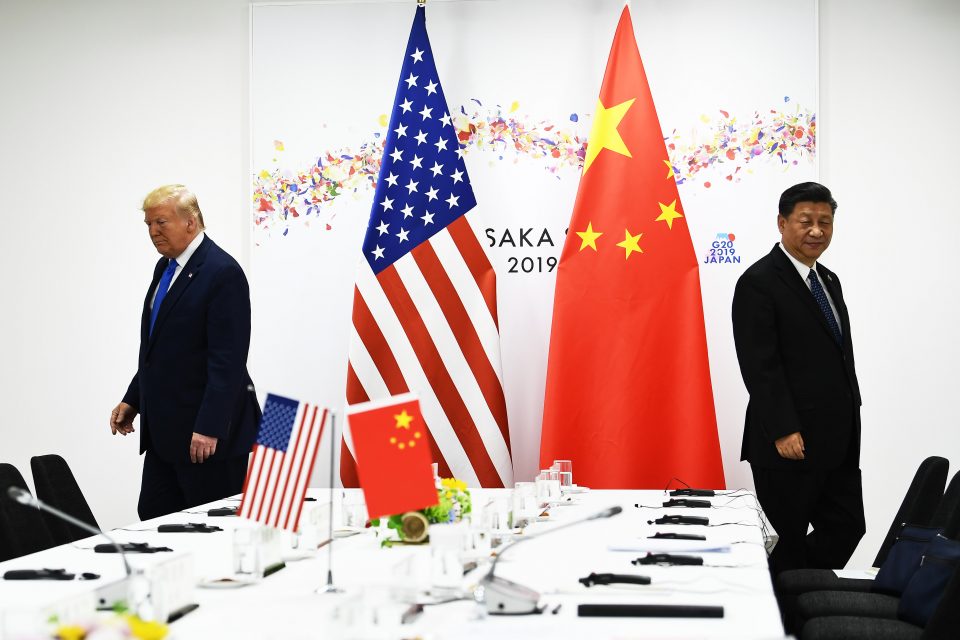 Chinese President Xi Jinping (R) and US President Donald Trump attend their bilateral meeting on the sidelines of the G20 Summit in Osaka on June 29, 2019.

Here are the most important things to know about Monday before you hit the door.

1. The meeting that wasn’t

Phase one of the US-China trade deal was initially expected to be signed this weekend at the Asia-Pacific Economic Cooperation summit in Santiago. But at the end of October, Chilean President Sebastian Pinera cancelled the summit after protesters took to the streets following a proposed hike in public transport fares. So the back-and-forth between the world’s largest economies continues.

On Friday, the Dow surged to an all-time high after White House economic advisor Larry Kudlow said that the two countries are “getting close” to reaching a trade deal. But he’s said that before, and the market has moved up before, and there’s been little to show for it.

“It’s not done yet, but there has been very good progress and the talks have been very constructive,” Kudlow said on Friday at an event at the Council on Foreign Relations.

On Sunday, Saudi Aramco is expected to begin its IPO roadshow for what could end up being the largest public offering in history.

Valuations for the state-run oil giant have varied significantly, with everything from $1.2 trillion to $2.3 trillion suggested. To put that in context, the United States’ largest oil companies are Exxon and Chevron, which are valued at $293 billion and $229 billion, respectively.

A final price is expected on Dec. 4, at which time the number of shares, and percentage of the company, will also be determined.

In its IPO prospectus released earlier this month, Aramco said that it plans to offer just 0.5% of its shares to individual investors, and that these investors will have to put in their requests by November 28.

On Friday the Financial Times reported that the sovereign state was “unhappy” with initial demand from foreign buyers.

Underwriters of the IPO include JPMorgan, Goldman Sachs, Citigroup and Morgan Stanley. Aramco plans to list its shares beginning in December on the Saudi Stock Exchange, which is known as the Tadawul.

This IPO has been years in the making. There have been a number of delays since it was first considered in 2016, including reports that officials didn’t want the company’s finances to be scrutinized.

Target, Best Buy, Home Depot, Lowe’s and Macy’s are among the retail names set to report earnings next week. Investors will be closely watching revenue numbers after Walmart missed top-line estimates when it reported third quarter results on Thursday. The retailer did, however, beat earnings per share expectations, and same-store sales came in at 3.2%, which was also ahead of estimates.

Target reports on Wednesday before the market opens and according to estimates from FactSet analysts are expecting the company to earn $1.19 on $18.44 billion in revenue. The revenue estimate is 3.5% higher than the $17.82 billion the company reported in the same quarter a year earlier. 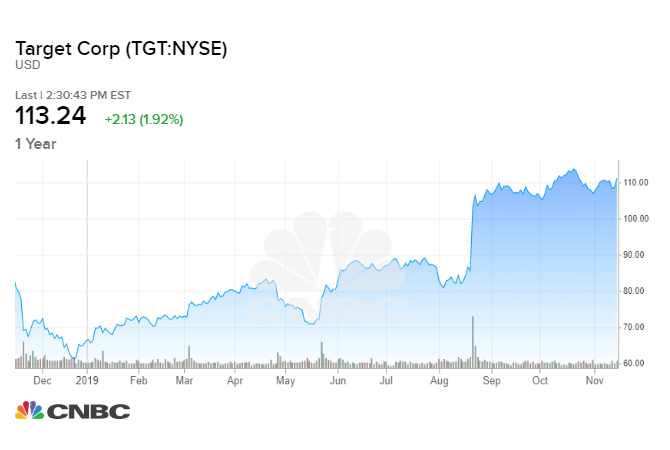 KeyBanc analyst Edward Yruma said that he’s expecting a “sequential slowdown” from last quarter’s earnings per share of $1.82, due to “higher supply chain costs and a pull-forward of inventory receipts.” His $1.20 EPS estimate for the quarter is a penny above the Street.

He has an overweight rating on the stock since he believes it is “uniquely positioned to capture share from store closures in the mid-tier department.” His $130 target on the stock implies 15% upside ahead.