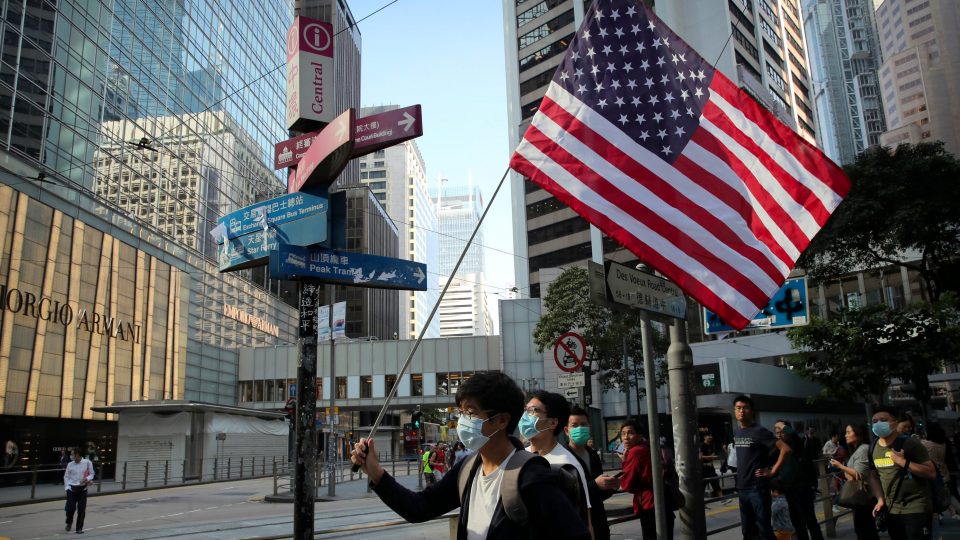 The S&P 500 gave up some of its November gains last week as optimism about a near-term trade deal between the U.S. and China faded.

On the trade war roller coaster

The trade war drama dragged on when China accused the United States of interfering in its domestic affairs after the U.S. Senate passed a resolution supporting anti-government protesters in Hong Kong. Hong Kong protesters have been active since June, at times shutting down air traffic and universities and disrupting traffic.

While hopes of an imminent trade deal seem to be fading, investors got some good news on the trade war front when the South China Morning Post reported the United States may delay tariff hikes scheduled for December even if a “phase one” trade deal is not completed. President Donald Trump has previously denied similar reports.

More: Good news may be ahead on China as volatile earnings roll in

Third-quarter earnings season for U.S. retailers was mostly a disappointment, with shares of Home Depot, Urban Outfitters and Kohl’s taking big hits on disappointing numbers. In addition to reporting a lackluster third quarter, Macy’s shares tumbled after the company said Macys.com was the victim of a “targeted data security incident” in October.

Target was one of the few bright spots in the U.S. retail space last week, reporting third-quarter earnings and sales well above expectations and raising its full-year earnings guidance.

This week, earnings season winds down with reports from Dollar Tree, HP and Dell Technologies on Tuesday and Deere on Wednesday.

“The retail sector is becoming a stockpicker’s market,” said Shawn Cruz, manager of trader strategy at TD Ameritrade. “There are some sectors you can go in and broadly get exposure as a whole, but retail is not one of them. The different business models and different quality of management is really showing up in earnings.”

The utilities sector has reported the strongest third-quarter earnings growth of any market sector at 10%, according to FactSet.

The Federal Reserve released its meeting minutes from October last week, which revealed that members think current monetary policy “likely would remain” where it stands unless new economic data prompts a “material reassessment of the economic outlook.”

This week, investors will be watching the October U.S. new home sales report from the Census Bureau on Tuesday and the U.S. GDP growth estimate from the Bureau of Economic Analysis on Wednesday.

This retailer found its start in the Midwest, but has since expanded to have offices in China, India and Hong Kong. Within the United States, it has 1,853 store locations and 39 distribution centers.

It all started in 1902 when it took ownership of the fourth-largest department store in Minneapolis. As sales took off at its initial location, it soon started a business-to-business commercial interiors department while also opening a branch in Rochester, Minnesota. It was the first to create a completely enclosed shopping center in the United States, known today as an indoor mall.

Since its founding, one of its main aims was to better society, setting aside a separate foundation specifically for this goal. With its promise of returning 5% of pretax profits back to communities, it was the second company at the time to establish a preset amount of annual giving.

The 1960s brought some busy years for the company. After repositioning itself as a mass-market discount store, it made its first expansion effort outside Minnesota, into Denver. This was followed by an IPO in October 1967.

During this period, it also merged with Detroit’s J.L. Hudson Co., making it one of the largest nonfood retailers in the United States. It was also the first mass merchandiser to implement UPC bar-code packing technology.

Coming out from these developments, it had clearly established itself as one of the major players in the retail industry.

Benzinga is a financial news a data company headquartered in Detroit.

The sour smell of Spandex

Procurement of devices not up to the mark: NITI Aayog