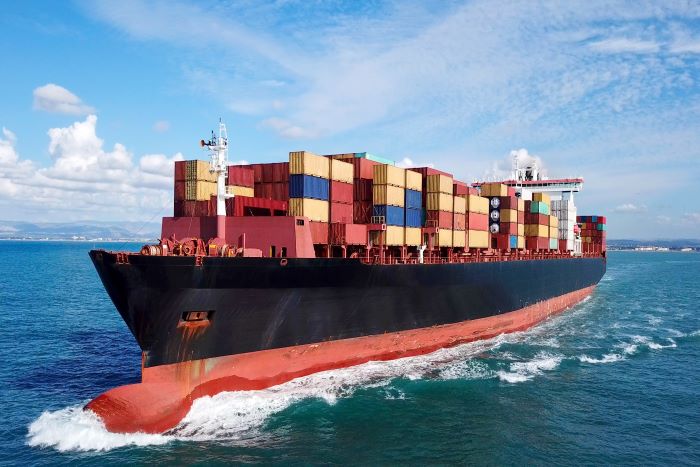 Restricting the carriers’ ability to blank sailings would therefore lead to either overcapacity or frequent rollings. Photo credit: Shutterstock.com.

Should capacity management be reigned in?

As Pacific spot rates continue to set new records, there is also growing discontent amongst (some) shippers about this state of affairs. While there are a number of different issues involved in how the market got to this point, it is indisputable that a key element has been the carriers’ approach to capacity management.

From a simplistic approach it could be argued that carriers should not be allowed to use capacity management to unduly put upwards pressure on the freight rates when we are in an oligopoly situation, as essentially 3 entities – 2M, THE and Ocean Alliance – control the capacity.

But when this position is examined more closely, it reveals significant problems.

Predicting actual market demand in individual weeks in the container shipping markets is notoriously difficult with any significant degree of accuracy. Not for lack of trying, but it is a situation where quite often even the shippers themselves are not certain of their own tactical forecasts. This means that carriers essentially have to choose between operating too much capacity and therefore be able to accommodate weekly unpredictable fluctuations in demand, or operate capacity in line with the market average. Choosing the latter would, effectively, mean that cargo would be rolled in 50 percent of all departures.

Restricting the carriers’ ability to blank sailings would therefore lead to either overcapacity or frequent rollings. As is well known to all participants, the “natural” state of affairs has for years been one of overcapacity for the majority of the time.

Overcapacity means empty slots for which someone would have to pay. Either the existing shippers need to pay higher rates to cover the cost of no blank sailings, or the carriers would have to absorb the costs of under-utilized vessels. The latter has in essence been the case for years, which has also led to a situation where the industry has been outright value-destroying for many years. A situation which is not tenable in the long run.

Hence, this boils down to a logical conclusion whereby the market would need to settle on one of two options: Either the freight rates need to be higher and reflect the true cost of running with low utilization but without blanking sailings. Or the freight rates can be low, but with frequent blank sailings (and extra loaders at a premium) catering for swings in demand. The first is more stable, but also comes at a premium; the other has lower immediate transactional costs, but increases the need for buffers and last-minute flexibility in the supply chain for the shipper.

Both of these options are viable, and the carriers are free to offer any of these to their clients. It would appear that for many years they have been offering the hybrid option of few blank sailings and low transactional prices at the same time and lost money doing so. This is now changing, and for now we are clearly seeing a swing towards a more active use of blank sailings.

But, it might be argued, carriers should be under an obligation to announce blank sailings with sufficient advanced warning to allow shippers to adjust accordingly. But this also becomes problematic as a regulatory tool. An advance warning of approximately four weeks would suffice for most shippers, but in order to do this it becomes necessary to be able to also forecast demand fairly accurately four weeks out into the future. This is to a large extent what the carriers had been doing in 2018-2019, where most of the time advance notices were indeed given three to four weeks out. This has also led to gradual strengthening of  financial performance.

In 2018-19, it therefore appears that the carriers’ approach was indeed to strike a commercial balance between the upside of blanking sailings versus the disruption this caused to shippers. And this without the need for regulatory intervention.

Using 2020 as a starting point for looking at potentially reigning in this dynamic would appear premature. No one could predict the advent of the pandemic and therefore plan the associated blank sailings four weeks in advance. And once the market had collapsed, it also appears that there was no one at the height of the impact who with a month-long view also predicted the upturn. And right now where rates are setting new records, the problem is not blank sailings as there are none – the carriers are running at a higher capacity than last year, not lower capacity.

And, as a final notice, there is the hypothetical argument that shippers might indeed be willing to pay for the certainty that sailings will not be blanked. But it should be remembered that this by definition also comes at a cost of higher CO2 emissions as it by default means running more ships than necessary.

This is not to argue whether the carriers have struck the exact right balance between blank sailings and freight rates as in 2018-19; the verdict on this is likely highly diverse across a range of shippers and carriers. But it is to outline that the notion of regulatory intervention related to capacity management appears to have been unnecessary prior to the pandemic impact and would potentially have been detrimental during a sudden unexpected disruption.