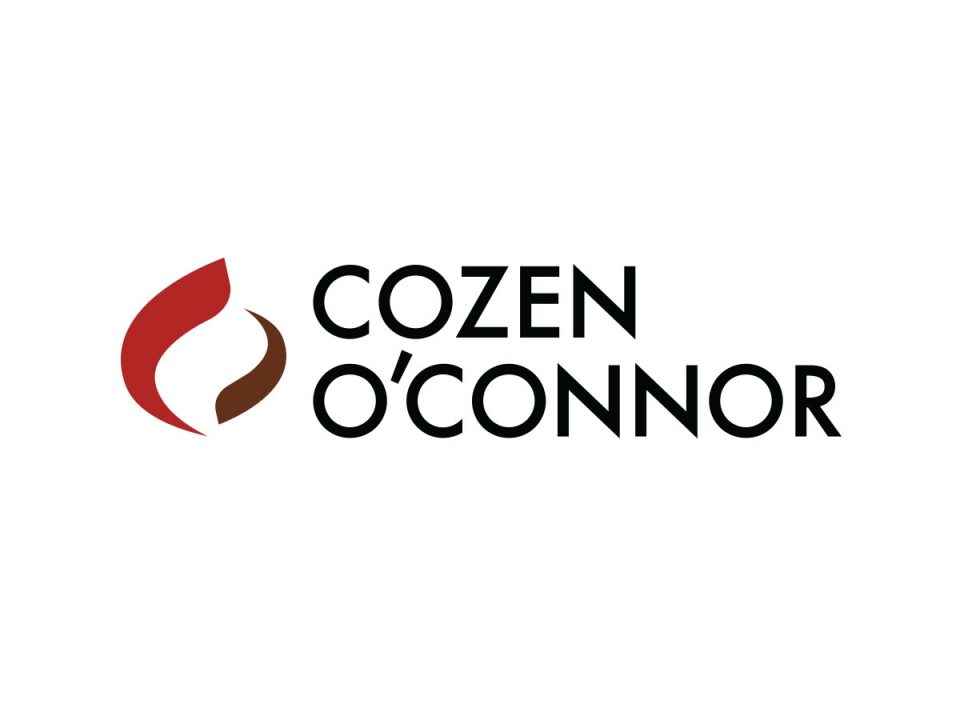 As described in our previous Alert, the appropriations act signed on December 27, 2020, revived the original Paycheck Protection Program, with some changes (now referred to as a “first draw” loan) and created a new “second draw” PPP loan for borrowers that have spent their first PPP loan. SBA has just provided guidance on the restart of the program, including start dates and some procedures, and issued two new interim final rules — one for first draw loans and one for second draw loans. This Alert discusses the program startup and highlights key provisions of the two new implementing rules.

The first draw program will restart on Monday, January 11, and the second draw program will begin Wednesday, January 13. For at least the first two days of each startup, applications will only be accepted from community-based lenders, such as community-development financial institutions and minority depository institutions. SBA says that applications from other lenders will be accepted shortly thereafter. The last day for borrowers to apply for and receive either a first or second draw PPP loan is March 31, 2021.

As with the original PPP loans issued last spring, funds are limited. Congress has approved $284 billion in new loans, less than the $349 billion in the first round, which went fast. Given the SBA’s eligibility rules and that application procedures are a bit clearer and more streamlined on this round, and with many business still feeling the impact of the pandemic, we expect the money could go even faster.

First draw loans are available to eligible borrowers that have not previously received a PPP loan. In an action that will be appreciated by borrowers and lenders alike, the new rule consolidates and restates 19 previously issued interim final rules, with changes to conform to the PPP provisions of the Economic Aid to Hard-Hit Small Businesses, Nonprofits and Venues Act (the Economic Aid Act) in the December appropriations act.1 As a result, parties will no longer need to sort through many rules to find the relevant guidance on issues like loan eligibility, application requirements and procedures, and permissible uses for loan funds. The new rule states that it is to be interpreted consistently with the previously issued FAQs and the rules governing the second draw program (discussed below), although the Economic Aid Act will govern in the event of a conflict. SBA will issue new rules on loan forgiveness for both first and second draw loans and will revise the FAQs to conform to the Economic Aid Act as soon as feasible.

The first draw rule is in a Q&A format and is divided into sections for borrowers, for lenders, and for both borrowers and lenders. It is similar, both in format and substance, to the 19 rules it replaces. For convenience, footnotes in the new rule cross-reference the portions of the old rules it replaces and the provisions in the Economic Aid Act it implements. The rule is in most respects a faithful transposition of the old rules and the new law, and, therefore, our previous Alert on the appropriations act may be useful in understanding the new rule.2 This summary will not cover every aspect of the new rule, but rather will focus on significant features and changes from the previous rules.

Eligible entities include those designated in the original program, and the rule confirms that SBA’s “alternative size test,” which considers net worth and revenues rather than number of employees, still applies in determining whether an entity is a “small business concern.” In addition, the rule clarifies the new eligible categories of housing cooperatives, 501(c)(6) organizations, destination marketing organizations, and media organizations. The rule also confirms that SBA’s affiliation rules continue to apply in calculating the number of employees in meeting the size standard (e.g., 500 or 300).

Similarly, the rule continues to apply SBA’s previous guidance on ineligible businesses, and adds new ineligible categories from the Economic Aid Act, including publicly traded companies and businesses controlled, either directly or indirectly, by the president, vice president, head of executive departments, and members of Congress (or their spouses). The rule continues SBA’s previous position that debtors in bankruptcy proceedings are not eligible, in spite of the Economic Aid Act’s provision allowing (but not requiring) SBA to permit such loans. The rule also continues SBA’s previous guidance that private equity portfolio companies are not automatically ineligible, although they are subject to the affiliation rules in calculating size and must be able to make the “necessity” certification. Businesses that are permanently closed are ineligible, but temporarily closed businesses may still apply.

Loan size is the same as in previous guidance, with one exception. The loan is 2.5 times average monthly payroll during the calculation period, with a $10 million cap. The rule incorporates the Economic Aid Act change in the definition of payroll costs by adding group life, vision, disability, and dental insurance costs. In the original program, SBA allowed a borrower to calculate payroll based on either calendar year 2019 or the 12 months prior to the loan application. This is continued, with the addition of calendar year 2020 as a third alternative. There was some concern that SBA might not allow use of 2019 payroll, but the rule says that will continue in order to place first draw participants on the same footing as borrowers in the original program. It is important to note that, under the FAQs, a borrower must use the same period for calculating both number of employees (for eligibility purposes) and payroll costs (for loan amount purposes). As in the previous rules, the new rule gives step-by-step guidance on how to calculate loan size for different types of borrowers.

Loan terms and repayment provisions are unchanged. The loan is still a five-year maturity, with 1 percent interest. It is unsecured, and no personal guarantees are required. So long as the borrower submits a forgiveness application within 10 months of the end of the covered period, payments are deferred until forgiveness is determined by SBA.

Borrowers will apply using SBA Form 2483 or the lender’s equivalent form. The rule requires borrower certifications not found in the current version of Form 2483. As of this writing, a new version of this form has not yet been posted. SBA guidance exempting loans of less than $2 million from review of necessity is expressly continued.

As noted above, the rule indicates that new forgiveness rules will be forthcoming. However, the rule affirms the requirement that at least 60 percent of the forgiven amount be spent for payroll costs.

The second draw rule is in most respects an accurate implementation of Economic Aid Act, and, therefore, our previous Alert covers the main points of the new rule. As a result, this summary will focus on significant features and changes from the Act or the previous rules. In addition, the second draw loan rule confirms that such loans are subject to the same terms, conditions, and requirements as first draw loans, except for differences contained in the statute, so the previous section of this Alert may also be useful in understanding the second draw program.

Under the Economic Aid Act, eligibility for a second draw loan includes a “business concern” with no more than 300 employees. Unlike the first draw loan, second draw eligibility does not also include businesses that otherwise qualify as a “small business concern” under the SBA’s size standard regulations, such as under the “alternative size test” based on net worth and revenue rather than number of employees. Presumably, this is because the Act regulates the size of a second draw borrower through the 300-employee limit. Since small business concerns are not included in the second draw law, borrowers that qualified as a small business concern under the SBA’s regulations, but do not meet the new 300-employee limit, do not appear to be eligible for a second draw loan, although the rule does not address this directly. SBA affiliation rules apply in calculating the number of employees, except as provided in the Act for borrowers in NAICS code 72 (hospitality), for-profit broadcasters that employ no more than 300 persons per location, and nonprofit broadcasters.

The Economic Aid Act does not define gross receipts, so the rule defines the term consistent with the SBA’s standard size regulations — all revenue of any form received by the borrower, including sales, interest, dividends, royalties, fees, or commissions, reduced by returns and allowances. The rule says this is generally “total income” plus “cost of goods sold,” but excluding capital gain or loss. However, the rule specifically excludes several items from gross revenues — taxes collected and to be remitted to a tax authority (e.g., sales tax paid by customers), proceeds of transactions between the borrower and its affiliates, and amounts collected for another by a travel agent, real estate agent, conference management service provider, freight forwarder, or customs broker. All other items, including subcontractor costs, reimbursements for purchases made at a customer’s request, investment income, and employee-based costs such as payroll taxes, are included in gross receipts. Any forgiveness amount of a first draw loan that a borrower received in calendar year 2020 is excluded from a borrower’s gross receipts.

The maximum loan amount is 2.5 times the borrower’s average monthly payroll costs, with a cap of $2 million. For borrowers in NAICS code 72, the multiplier is 3.5 rather than 2.5. The borrower may calculate payroll costs in the same manner as a first draw loan — calendar 2019, calendar 2020, or 12 months prior to the loan application.

Businesses that are part of a single corporate group are limited to an aggregate of $4 million of second draw loans. This concept is the same as applied for the $20 million cap in the first draw program, discussed above, and was reached by comparing the $10 million first draw cap to the $2 million second draw cap. This is not required by the Act, but is a procedure adopted by SBA.

If the borrower’s first draw loan is under SBA review and/or information in SBA’s possession indicates the borrower may have been ineligible for the first draw loan (an “unresolved borrower”), SBA will not issue a loan number for the second draw loan. SBA undertakes to resolve the open issue “expeditiously.”

Second draw loans will be eligible for forgiveness on the same basis as first draw loans, except there will be a simplified forgiveness application and documentation process for loans of $150,000 or less.

The Economic Aid Act allows recipients of original PPP loans to receive additional funding in two main instances, as part of the first draw program. First, borrowers that received a loan and then returned it in whole or in part or were approved for a loan but did not accept it may now receive a loan in the amount that was originally approved. Second, because of changes in SBA guidance that increased the maximum loan amount for partnerships and seasonal employers, such employers that received a smaller loan than was available under the amended guidance may now apply for an addition to the original loan. The first draw loan rule confirms that such loans or increases in loans are available but states that additional guidance will be provided on the process to reapply or request a loan increase in these cases.

These Are the 10 Most Underreported Crises of 2020

Trump did not pardon himself before leaving office

U.S. Companies Doing Business in the EU Should Participate in the ESG/Supply Chain Due Diligence Consultation | Alston & Bird