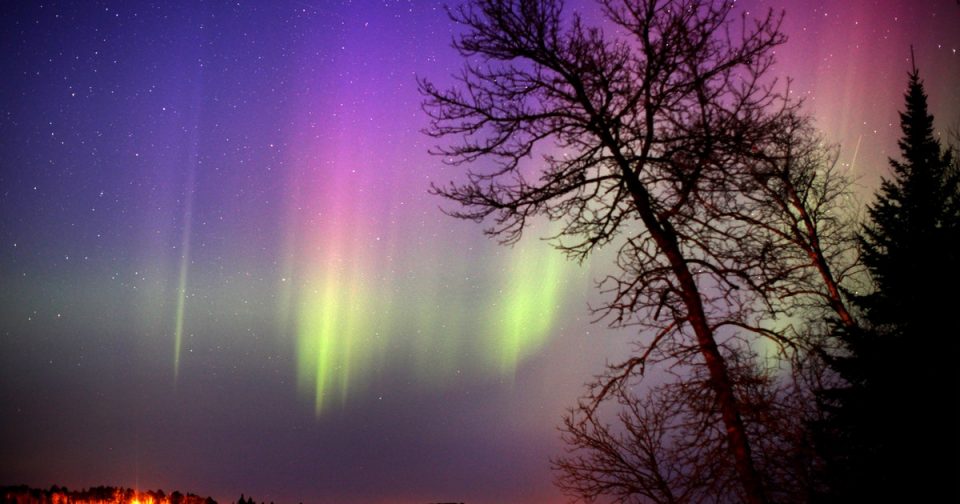 While walking from the sauna to the cabin I spotted a faded butterfly wing in the snow — from a Painted Lady. I wet a fingertip to carefully lift it, then brought the wing inside and let it waft from my palm onto the kitchen table.

Perhaps it was the sauna. How delicious to bask in cedar-scented steam on a cold winter’s afternoon — a brief passage into another season, not spring or summer, but a zesty phase of sensuality all its own, like another planet — a romanticized Venus, perhaps. A butterfly wing seemed to fit.

Or perhaps it was the date — Feb. 2 — Groundhog Day, near the midpoint between the winter solstice and the vernal equinox. The passing of cold darkness is still distant, but in view, and the wing was a talisman for the coming renewal of light and color.

Not that I don’t appreciate a North Woods winter. In fact, I lament the climatic warming that makes winter in these parts less formidable than it was even a couple decades ago.

On Groundhog Day in 1996 a new low-temperature record was set for Minnesota: -60 degrees, only several miles from my home. Just before sunrise that morning I took a thermometer down to the bog below the cabin and got a reading of 65 below. Breathing was uncomfortable, and I felt a perverse sense of pride in living where just being outside was dangerous. Such impressive cold at this latitude now seems impossible. There are those who do not mourn.

Or perhaps the wing, a pale shadow of its summer brilliance, simply reminded an aging human that even diminished capacities still merit attention and celebration. The Painted Lady remnant, though no longer sprightly bright, remained a marvel of intricate pattern and texture, not to mention the fact of its survival far into winter.

In this season I keep an aluminum extension ladder in place to access the mostly flat roof of a three-seasons porch. The primary reason is to facilitate frequent snow removal. I don’t know how much snow load that roof can sustain, but there’s only one way to truly find out, and to forestall the knowledge I don’t allow more than 10 inches to accumulate. So far, so good.

But the other reason for the ladder is to exploit the roof as an observatory. The National Oceanic and Atmospheric Administration (NOAA) Space Weather Prediction Center in Boulder, Colo., issues a daily forecast of solar activity via subscription e-mail. For example, I can be alerted to a coronal mass ejection from the sun which intensifies the solar wind and can trigger geomagnetic storms in our upper atmosphere that in turn generate displays of the aurora borealis.

When a NOAA forecast and a clear sky coincide to offer a chance to see an aurora, I climb to the roof for a better view of the northern horizon and any ensuing light show. Such an event might coincide with a character-building cold snap to present a quintessential North Woods happening.

The ladder is tied off to a sturdy eyebolt screwed into a rafter, but the rungs can be icy, so as an old guy whose balance and flexibility are less than optimal, I ascend the ladder slowly, deliberately. From decades of service in a rural fire department I know the trickiest moment is the transition from the ladder to the snowy roof. In a maneuver where I used to almost skip (sometimes holding a fire ax) I now pause for a centering breath before careful placement of the first boot on the roof and maintenance of three points of contact in the dark.

Still, it might be a bit crazy. We are routinely subject to forces beyond our control and sometimes beyond our comprehension, tending to overestimate the effectiveness of our precautions. Will I be scaling this ladder five or 10 winters hence, and if so will the care I’m now exercising remain sufficient? Or will I abruptly realize as I’m tumbling off the roof that old age has literally tipped the balance?

The quality of our lives is constantly influenced by the risk management we practice. Nothing has tested that skill more than the COVID-19 pandemic.

So far three of my acquaintances have been killed by COVID. Two were in their 80s and expired pre-vaccine. The most recent, last month, was younger than 65 and he was willfully unvaccinated. I’ll call him Jim.

I hadn’t spoken to Jim for a couple of years, but it was reported to me that he believed the pandemic was a hoax, and I was aware of his ultraconservative politics. Before he died, he spent several weeks in an ICU.

Upon hearing the news I roiled in a jumble of emotions. First, sadness. What a dreadful way for a relatively young man to die. His family — wife, children, grandchildren, siblings — now bereft after a long, agonizing vigil. But also anger. Despite lies being spread by the ignorant, the irresponsible or the malevolent, it’s highly likely that if Jim had been fully vaccinated COVID would not have killed him.

I was close enough to Jim and some of his family that I wrote a heartfelt letter of condolence, celebrating his merits, while successfully resisting an impulse to belittle him in conversations with other vaccinated people who knew the circumstances.

Then I felt guilty about even having that impulse. Then resentful that his superfluous death had caused me to feel guilty. Then angry again that I was resentful. And finally just sorrowful and sick about it all. He’d died for nothing.

When I was a firefighter, our department often responded to vehicle accidents, and sometimes we dealt with gruesome fatalities. Such scenes were at once horrible and fascinating, providing the starkest of contrasts between the living (us) and the dead (them). It was normal to find the fascination disturbing but also exhilarating: I’m still alive!

There have been hints of that sensation during the pandemic. So far as I know, I haven’t contracted COVID; if I did it was asymptomatic. I understand that even with three shots in the arm, luck plays a role, but I damn well did get those shots (and still mask up and keep distance where appropriate).

In his book “Arctic Dreams,” Barry Lopez talked about many dangerous journeys with researchers on the ocean or the ice. They carried and maintained emergency gear and supplies, performed daily checklists, planned travel routes, and kept in radio contact with a base camp. “You accept the possibility of death in such situations,” wrote Lopez, “prepare for it, and then forget about it.”

There’s comfort in the forgetting. Once you’ve done what you can do, just be content and move on. This applies to being on the roof, surviving the pandemic, getting through the winter, responding to death in its many ways of finding you.

Regarding the purposely unvaccinated — living and dead — the best course for moving on is to forgive them. And also to forgive yourself when you feel justifiable anger. What are the alternatives? Forgive while protecting yourself, then live on with tenacity and joy.

I salvaged the butterfly wing because it was a token of survival. Its detached, faded condition was a little sad, but it didn’t generate anger or resentment, and I felt lucky to find it. I climb the ladder to the roof because it makes me grateful to be alive and mobile, and relishing a sauna on Groundhog Day just seems an affirmation of all that is promising.

The pandemic will pass, and most of us are helping that to happen. If you are in this majority think of yourself as the light and color of spring.

Peter M. Leschak, of Side Lake, Minn., is the author of “Ghosts of the Fireground” and other books.

Rock the Community hosts their first food distribution event in 2022 |