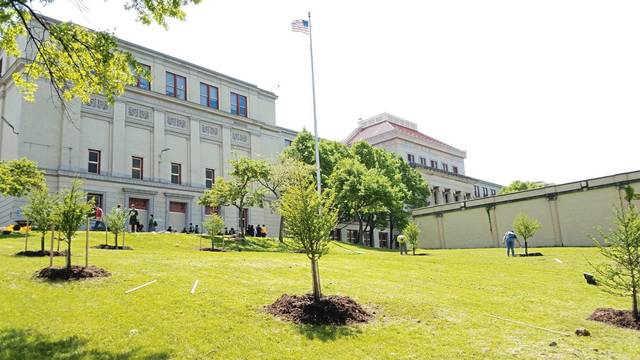 A report shared Wednesday by City Controller Michael Lamb lends more detail into how devices and internet is being provided in Pittsburgh Public Schools amid online learning.

The controller’s audit report reflects the results of an investigation requested by the school board following an August meeting.

According to the report, questions remained after school administrators delivered an update as to how many computer devices were ordered and how many were still needed. Auditors assessed the district’s preparedness and performance in buying devices and internet hotspots, and implementing a remote learning plan.

The district, after bringing around 800 high-need students back for in-person learning last week, quickly reversed course and said remote learning will continue until January at the earliest.

In 23 pages, the report describes a long series of events, local and national, contributing to slowdowns in device acquisition and distribution.

Uncertainty early on over the amount of federal CARES Act funding the district would receive, as well as repeated supply chain issues with laptops ordered, are chief among them. One order of 7,000 Chromebooks from Lenovo was canceled altogether in August, for example, after U.S. Customs rejected the shipment because the devices were made in a factory with human rights violations.

Early delays caused the district’s first day of school to be moved back a week, from Aug. 31 to Sept. 8. By Oct. 20, the controller’s report said, just over 17,710 devices had been received, with one outstanding order of 6,000 laptops expected to arrive in November.

Ebony Pugh, a spokeswoman for the district, told the Tribune-Review that since the audit was completed, even more devices have arrived.

“Only 200 devices remain outstanding, and these are expected to arrive this week,” she said. “We are developing a process for distribution of these devices to those families currently using personal devices.”

The district’s goal has always been to achieve a 1-to-1 ratio for students and devices while remote learning remains in place. As of September, according to the report, there are 23,705 students and teachers in the district — reflecting the number of devices needed for each student to get one.

“As of Oct. 20, approximately 5,986 students have not yet received a new district issued device. The district does not track the number of students using personal devices, but it can be reasonably assumed that those without a district issued device still logging into Schoology are using their own device,” the report reads.

The report also found that the district spent well over $10.7 million to acquire all of the devices — though the state Department of Education has only reimbursed $1.7 million.

“This crisis is putting local school districts in a tough spot when it comes to balancing their budgets,” Lamb said in a statement. “Making sure the state follows through with reimbursements for the district’s purchases is imperative to avoid painful budget cuts that could hurt students’ ability to get a quality education.”

Tracking student login Schoology and teacher attendance records, the district’s online learning platform, the audit found that 1.55% — or about 336 students districtwide— have not engaged in online learning at all since the start of the school year.

Knowing that all kindergarten and first grade students have devices at this point, the administrators believe this percentage is made up mostly of students in second through 12th grade.

Some of these students may have left the district, the report acknowledges, but the reason for their absences is still unknown. The report said that each school has a list of students who struggle with attendance, who are routinely contacted by the district.

“While school districts everywhere are facing an unprecedented situation, it’s up to the school administration to make sure no students are left behind,” Lamb said. “While that absence rate is lower than what we might have expected, it’s on the district to keep that rate down and start to look at not just attendance, but how many students are falling behind without in-person instruction.”

Donations through United Way being distributed in Lake Charles