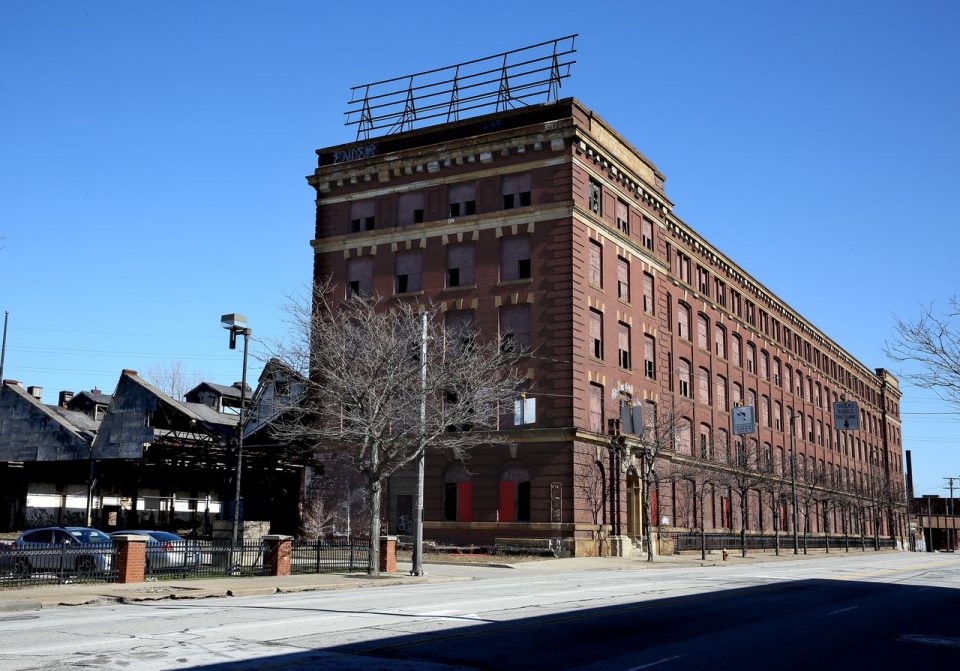 The 15-year loan, of which up to 25% would be forgivable, is scheduled for consideration Monday by a County Council committee, and is subject to approval by the full Council.

The $54.1 million project, led by Philadelphia-based developer Pennrose, would mark a noticeable change for the city’s MidTown neighborhood. The sprawling complex at 5701 Carnegie Avenue has largely sat vacant since the early 1990s, when the city of Cleveland acquired it and demolished a portion of it for a vehicle-maintenance garage.

Prior to that, the factory was, for a century, home to The Warner & Swasey Co., which built metal-working lathes required for the production of tanks, guns and planes in World War II, as well as telescopes.

As planned, the redeveloped complex would include 140 units of mixed-income housing on its upper floors, including one-, two-, and three-bedroom apartments. Some units would be targeted for seniors. The ground floor is expected to house 20,000 feet of office space, with an emphasis on technology and manufacturing businesses, according to county records.

The developer, Pennrose, was responsible for renovating Saint Luke’s Hospital in the Buckeye-Shaker neighborhood, and is involved in the redevelopment of Cleveland Metropolitan Housing Authority’s Cedar Estates in the Central neighborhood.

Along with the county loan, Pennrose has sought millions of dollars in state and local incentives for the project, including a $1 million state tax credit it was awarded in 2020 related to urban senior housing.

The county contribution is in part dependent on the project creating 46 jobs within three years, according to county records. Other terms required for the county to forgive of a portion of the loan were not immediately available Monday morning.

If approved, the county money would come from its economic development loan fund.

How to minimise gaps in your supply chain post Brexit