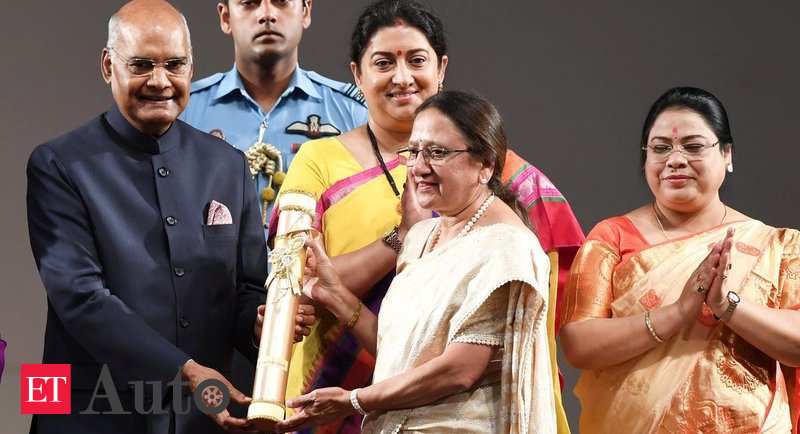 New Delhi: Pune (Maharashtra), President Ram Nath Kovind on Sunday conferred the Nari Shakti Puraskar – 2019 on 16 women from all over India for their extraordinary achievements to mark the International Women’s Day.

Standing out among them was Rashmi Urdhwareshe, an automotive and research and development professional since 36 years, based in Pune, ranked as one of the top automobile hubs in the country.

Director of the Automotive Research Association of India (ARAI) since 2014, Urdhwareshe, 60, is credited with developing electronic controls of hydraulic testing machines and towards emission measurements under which the first ever emission laboratory was founded in India.

Since January 2019, she has taken up the task of setting up the National Automotive Technology Museum in Pune at a cost of Rs 100 crore.

Born as Rashmi Ranade in Nagpur to a professor couple, Urdhwareshe later went onto complete her Masters in Electronics Engineering from Pune College of Engineering and has rich experience in the fields of automotive R&D, testing and homologation, framing of test standards and regulations.

Virtually stepping into an unfamiliar realm, Urdhwareshe took up a challenge with the ARAI in 1983 as a researcher in instrumentation, raising eyebrows as the automotive sector was regarded as a strictly male dominion.

Over the years, she developed electronic controls of hydraulic testing machines used to set up the ARAI’s fatigue test lab, contributed to emission measurements which resulted in the country’s first emission lab being set up and subsequently heralded stringent emission regulations in India, including the BS-VI which will be implemented from April 1, 2020.

She and her team later set up a new Automotive Electronics Department at ARAI as part of her challenges to build up the (ARAI) organization to one of the most reputed in the country.

Besides automotives, Urdhwareshe has been an avid sports person including an NCC Cadet, a state-level Bridge Champion plus training in playing Sitar.

As one of China’s ‘Detroits’ reopens, world’s automakers worry about disruptions