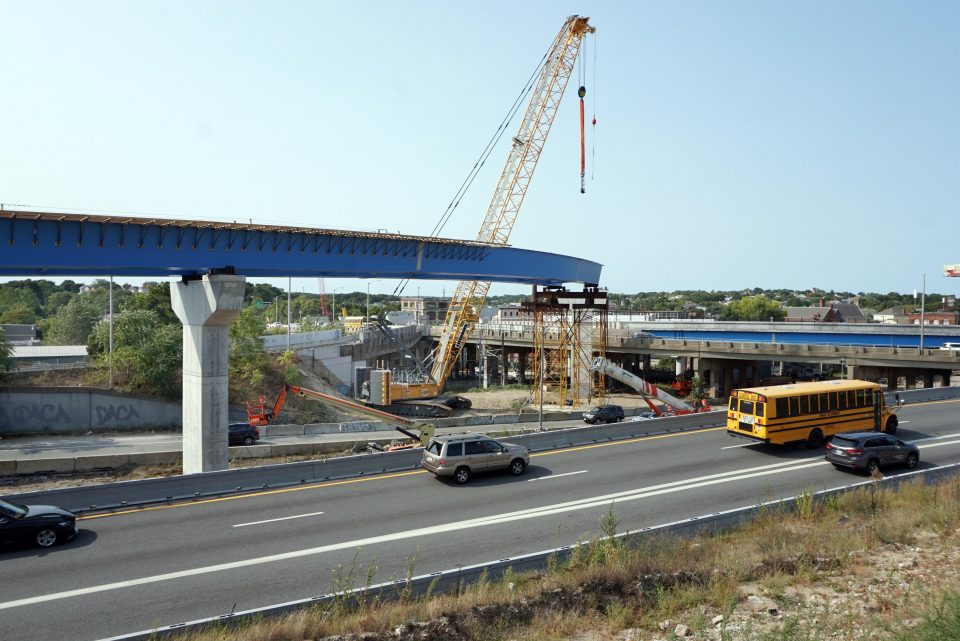 The soil, which was to be used as fill, came from the Orient Heights train station project in Massachusetts.

PROVIDENCE — State authorities have ordered the construction company that is rebuilding the 6-10 connector to remove contaminated soil from the project site.

Barletta Heavy Division, the Canton, Massachusetts, company hired by the state as the lead contractor on the $410-million road project, trucked the soil to the site from another one of its projects to be used as backfill. Samples taken over the weekend showed levels of certain contaminants that were above regulatory limits, the Rhode Island Department of Transportation announced on Wednesday.

The DOT has directed that the soil pile that was tested and other material brought from off-site sources be removed and taken to a licensed disposal facility. Lisbeth Pettengill, a spokeswoman for the state agency, said the material will be taken to the Central Landfill in Johnston.

The agency has also forbidden Barletta to bring in more soil from other remediation projects it is working on.

The action by the state follows complaints from workers on the project that Barletta has been improperly disposing of hazardous materials at the site.

Local 57 of the International Union of Operating Engineers, whose workers are driving bulldozers and other heavy machinery at the site, notified the DOT and the state Department of Environmental Management last month after having the soil tested and finding toxins at unacceptable levels. The union’s complaints were first reported by GoLocalProv.

James White, president of Local 57, said Wednesday that it’s too soon to say whether the DOT’s order will address the union’s concerns. It will depend on how much soil ends up being removed. Some material has been used around bridge abutments or has already been paved over, he said.

“If RIDOT does their due diligence, they’ll be digging up soil all over that site,” White said.

Pettengill, however, said that “very little” of the imported soil had been used on the site.

In response to the union’s concerns, a consultant with the DOT first tested a 16,000-cubic-yard soil pile at the site on Sept. 9 and found levels of two contaminants — described as semivolatile organic compounds — at elevated levels. The contaminants, benzo(a)pyrene and dibenzo(a,h)anthracene, were the same ones that showed up in the union’s testing.

Pettengill described the results from the DOT’s tests as “slightly elevated but minimal.” After consulting with the DEM, a second round of tests was done on samples taken Saturday from a different part of the pile that DEM inspectors identified as potentially problematic. Those results, which came back on Monday, also found high levels of the same contaminants.

Terry Gray, deputy director for environmental protection at the DEM, said that benzo(a)pyrene in particular is a contaminant associated with tar, ash or other substances that have been burned. It is a known carcinogen, according to the U.S. Environmental Protection Agency.

Soil at the site is regulated by a soil management plan that lays out specific standards for soil composition and containment, according to the DOT. Under the terms of the plan, only soil that meets certain requirements can be brought into the project area for use by itself or to be blended with soil already on the site.

It’s standard practice for contractors to move backfill from one project to another, said Pettengill. The soil pile at issue came from the Orient Heights train station project in Massachusetts, for which Barletta is also the lead contractor.

Pettengill said the DEM tested the soil before it was brought to the site and found it to be in compliance with the soil management plan. Gray, however, would not say if the DEM agrees with that description of events.

The DOT is also working with the state police to investigate the matter, according to Charles St. Martin, a DOT spokesman.

The DEM found evidence of a correlation between soil brought to certain areas of the site from elsewhere and high levels of contamination in those areas. The soil in those areas will be removed as will all other soil transported from other projects. The removal is expected to take two to three weeks.

Under the DOT’s orders, only material verified to have come from Rhode Island gravel banks will be allowed to be brought to the site from now on.