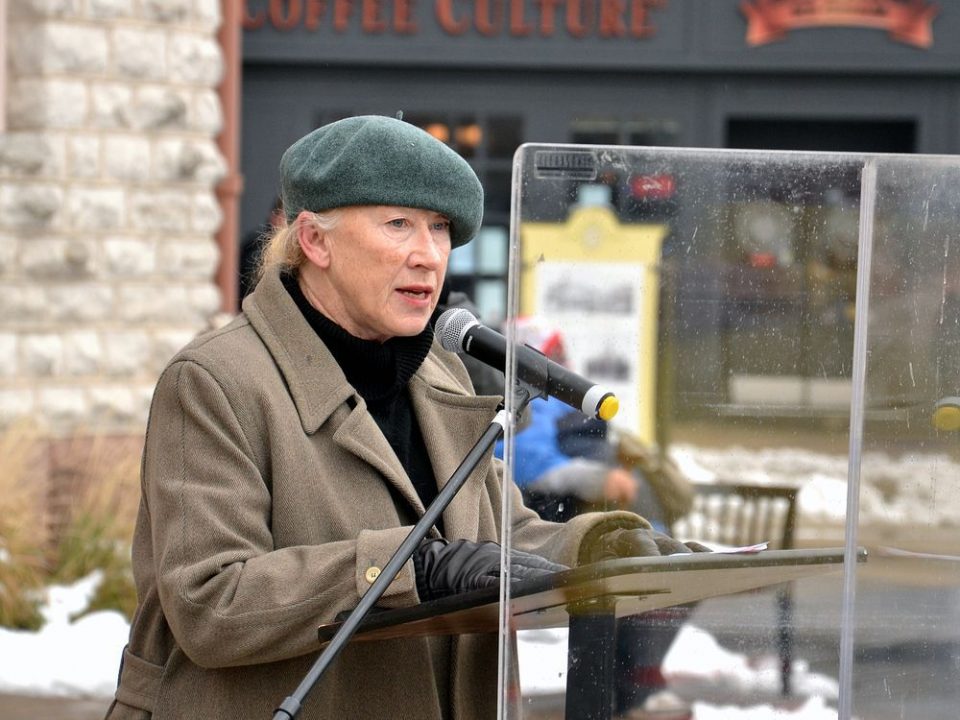 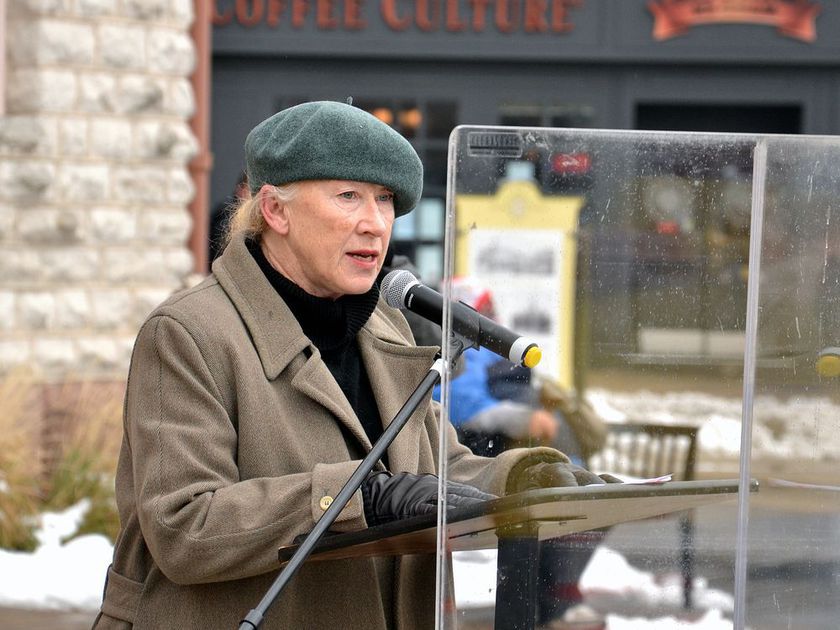 Among those who spoke at Monday’s rally was Stratford singer-songwriter and environmental activist Loreena McKennitt, who called for a moratorium on the proposed Xinyi Canada Glass plant until area residents can have their questions and concerns about the project addressed. (Galen Simmons/The Beacon Herald)

McKennitt and Parlee submitted a letter to Mayor Dan Mathieson and the rest of city council Thursday evening that includes pointed questions about when local politicians debated the merits of the proposed factory and more specifically, the Minister’s Zoning Order requested from the Ministry of Municipal Affairs and Housing that helped pave the way for the potential $400 million development.

McKennitt and Parlee asked for a response from city council by Dec. 3 and asked for a moratorium on further activity related to the development “until these issues and others raised by the public have been thoroughly and transparently addressed.”

McKennitt, the Juno Award-winning musician who also owns and operates the Falstaff Family Centre in Stratford, spoke out publicly about her concerns at a local protest Monday, the same day the Beacon Herald published a story about how an Ontario Planning Act tool called a Minister’s Zoning Order was used to specifically designate land for the glass-making plant without the public consultation that is typically given to those types of planning decisions.

“I think I’m not alone as a citizen of the community that finds this unsettling,” McKennitt said Friday morning. “We now have two issues. One is the merits, or not, of the glass factory itself and now we’ve got the manner in which the file is handled. My attention now is turning to how the file is handled and what that means to our local democracy.”

Parlee, a Stratford lawyer with a mixed practice who at one time belonged to a firm, Byers Kenny and Parlee, that did work for the city, said he shares concerns about how the development has moved forward.

“As more information became available to me, I became more and more concerned about the apparent total lack of transparency on the part of the city about this process,” Parlee said. “The (Minister’s Zoning Order) … is of concern. I don’t like that concept. Cutting out any public involvement in something this important is of concern.”

An infrastructure cost-sharing agreement between the city and the company behind the factory, Xinyi Canada Glass, was scheduled to be discussed at a special meeting of council last week, but politicians voted to defer that debate due to questions raised during a public participation meeting less than 24 hours earlier.

At council’s meeting on Monday, city CAO Joan Thomson said staff would publish additional information about the proposed cost-sharing agreement, along with answers to questions and concerns posed by residents, at some point in the near future.

She did not say when council will discuss the cost-sharing agreement or other aspects of the Xinyi proposal in an open meeting.

“I am hopeful there will be a reasonable explanation to all these questions,” McKennitt said.