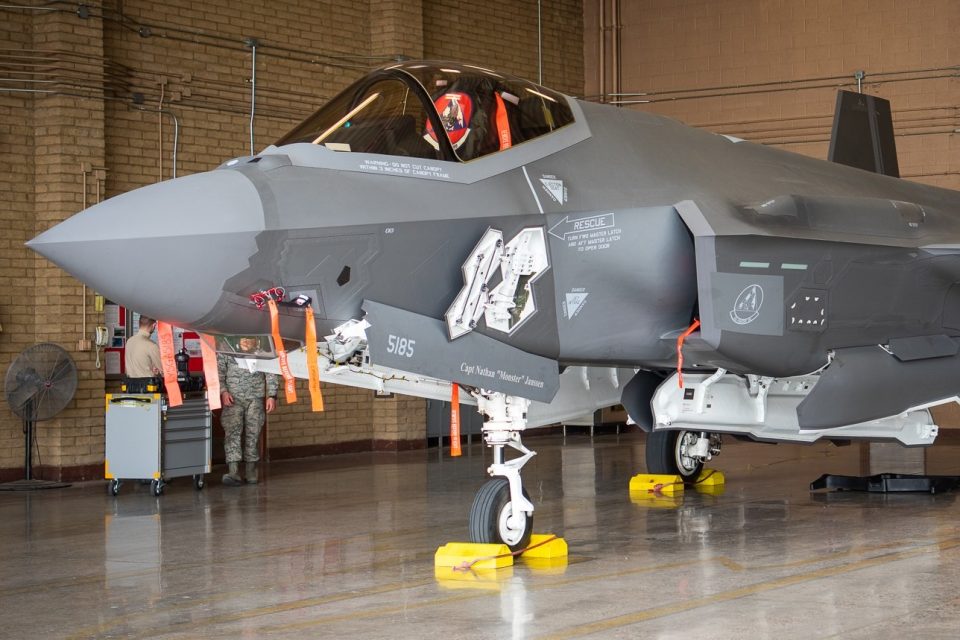 The United States is considering selling F-35s to the United Arab Emirates as part of a move to strengthen allied relationships more broadly throughout the Middle East, deter Iran and further fortify influence in the volatile region.

However, given the long-standing Arab-Israeli tensions in the region, F-35 customer Israel is not happy. A report from The Drive’s Warzone says Israel is expressing concern that it may challenge its “qualitative military edge” in the region.

While the story in WarZone is clear that an official “yes” has not been extended, it does quote Defense News as stating that the Trump administration is seriously considering the sale.

There are several significant factors informing the discussion, which potentially add layers of complexity. The UAE is a U.S. ally and is home to U.S. forces, according the report, and the United States has consistently believed it needs Arab partners to combat and deter Iran as well as counter terrorism and other threats in the region. Arab countries such as Saudi Arabia, which is buying a large number of F-15s, contributed to attacks against ISIS.

For many years, the United States had pursued a cooperative strategy with several Arab countries as part of an effort to leverage allied assistance and further demonstrate that its conflict is with terrorism and dangerous roque countries such as Iran, and not Islam.

There are also certain potential safeguards, the Warzone story explains, which might help allay Israeli concerns, should the UAE sale go through. The F-35s operate with a sophisticated, networked computer system known as ALIS, Autonomic Logistics Information System, an advanced technology which catalogues and transmits condition-based maintenance data as well as other essential connectivity and in-flight information-sharing functions. ALIS is also, much like F-35s in general, linked to other F-35s and even other fighters through a common datalink.

What this means is that, should allegiances in the region shift in a way that is potentially dangerous to Israel, the United States could both deny UAE F-35s certain essential software upgrades or even use cyberattacks to disable their airplanes.

It is not clear just how much such a prospect will allay or mitigate Israeli concerns, however the Pentagon’s Continued Development plan for the F-35 is slated to deliver a steady flow of software upgrades. These upgrades, now operating at a faster pace that was originally planned, can vastly improve and adjust the functionality of the platform. For instance, new software drops can immediately expand the weapons envelope, allowing for the integration of longer-range, more precise and more lethal weapons systems. In effect, a new software upgrade could quickly ensure a measure of tactical superiority for countries receiving the upgrades over those jets that do not receive the upgrades.

Either way, the situation is obviously both sensitive and delicate, given the longstanding Arab-Israeli tensions in the region. Perhaps the existence of common enemies such as Iran might help unite or in some way place Israel and the UAE on common ground in a collaborative way.

Kris Osborn is Defense Editor for the National Interest. Osborn previously served at the Pentagon as a Highly Qualified Expert with the Office of the Assistant Secretary of the Army—Acquisition, Logistics & Technology. Osborn has also worked as an anchor and on-air military specialist at national TV networks. He has appeared as a guest military expert on Fox News, MSNBC, The Military Channel, and The History Channel. He also has a Masters Degree in Comparative Literature from Columbia University.

International Business Machines : IBM to Expand Services to Enhance the Security of the Department of Defense (DoD) Microelectronics Supply Chain