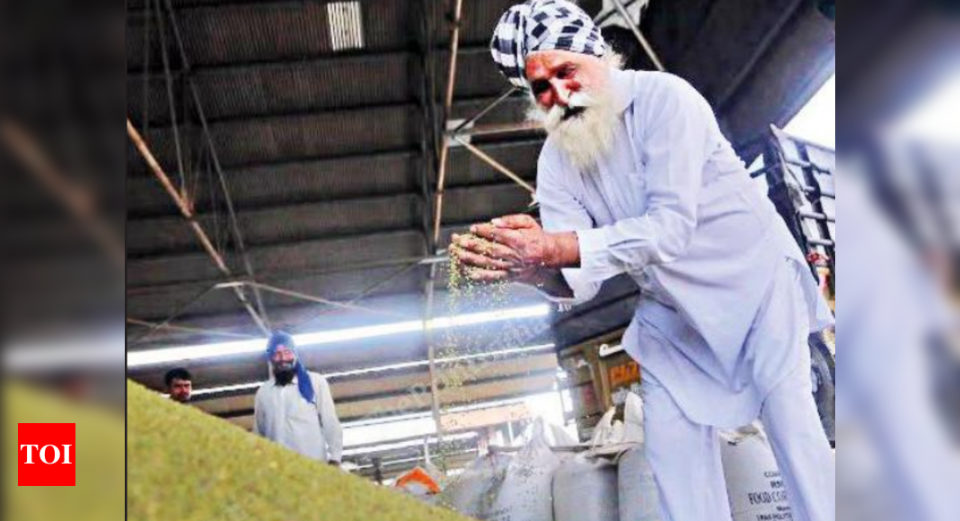 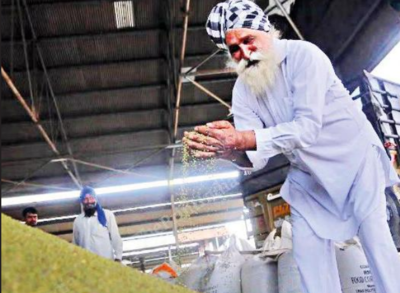 CHANDIGARH: Punjab chief minister Bhagwant Mann on Wednesday extended the date of procurement of summer moong crop on minimum support price (MSP) till August 10.
Mann said that the procurement of moong crop on MSP in the state was to end on July 31. However, he said, to facilitate the farmers for selling their crop, the state government has decided to extend this procurement season by August 10. He said farmers who have not yet sold their crop can sell it in the mandis by this date, adding that managing director of Markfed, the state nodal agency for the procurement, had been given necessary directions in this regard.
He added that the government has also decided to bear the gap, up to Rs 1,000 per quintal for moong crop sold below MSP to the farmers due to damage in grain. He said that this incentive will be given to all the moong cultivators, including those who have already sold their crop to private players. Mann said that he has already directed the officers to ensure that the process of payment of this gap funding to the concerned farmers is ensured at the earliest.
Mann said that so far, the state government has purchased 4,807 Metric Tons (MT) of summer moong in the state. He said that a payment worth Rs 32.23 crore has been released to the farmers for their produce, which amounts to 92.15% of the total payment due. Mann said that the remaining payment will also be released soon. To encourage the farmers to opt for crop diversification and supplement their income, Mann had earlier started the procurement of the summer moong crop at MSP of Rs 7,275 per quintal directly from the farmers. With this initiative, the farmers will get Rs 36,000 as additional income with five quintals expected yield per acre in between wheat harvest and paddy cultivation.