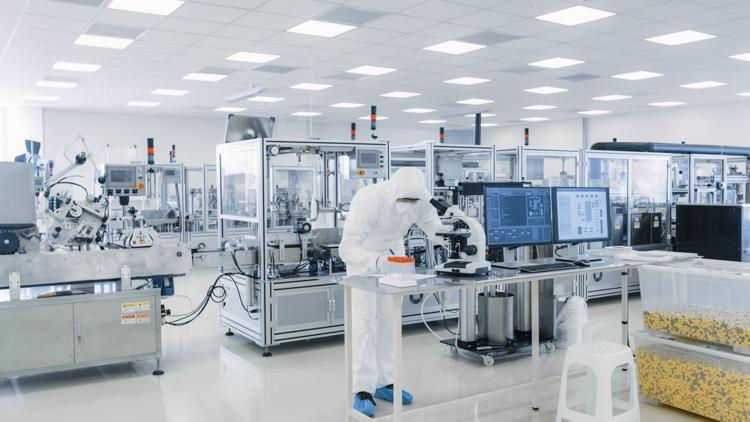 Invest Puerto Rico is pushing forward with its agenda of highlighting the island’s commitment to reshoring industry supply chain as a means to boost its economic transformation.

The manufacturing push is particularly important for the island in the era of COVID-19, as the pandemic initially affected pharmaceutical supply chains in China, where the novel virus began. Among the affected sectors include pharmaceutical drugs and medical devices, such as much-needed ventilators.

The bioscience industry is at the top of Puerto Rico’s plan for economic transformation — along with tourism — both to overcome the challenges of the current pandemic and to fuel the island’s development for the future, which has already been hobbled by an economic depression lasting more than 10 years, the devastation of Hurricane Maria in Sept. 2017, the recent earthquakes in January, and now the coronavirus pandemic.

This is the case that Invest Puerto Rico, the island’s economic development and investment promotion organization, is making to investors, notably in a recent conference on “Preparing for Global Volatility: Reshoring & Securing Your Supply Chain.” Among those who participated included representatives from BLS Strategies, Hickey & Associates and Pharma-Bio Serv Inc.

“We are making the case for Puerto Rico among stakeholders who stand to benefit from our value proposition. Our priority is to achieve economic transformation by reshoring activities that have positive global outcomes. Bioscience is one of these areas, a sector in which Puerto Rico has proven experience and can contribute greatly to securing global supply chain in the face of crisis, such as the current COVID-19 pandemic,” said Rodrick Miller, CEO of Invest Puerto Rico.

As discussed during the event, life sciences companies have much to gain from Puerto Rico’s value proposition, which is anchored in such areas as innovation, human capital, a network of support businesses with bio expertise and incentives. At the same time, the central government believes more can be done to boost the sector even further, which lends to a more business-friendly and supportive ecosystem. This perspective strengthens Invest Puerto Rico’s capabilities to be a resource and support mechanism for companies and their activities, Miller noted.

The general consensus among speakers was that given the current national focus on attracting even more medical supply and pharma manufacturers, Miller said, Puerto Rico is well-positioned to boost production to unprecedented levels, attract additional manufacturers to the island and reaffirm its position as the essential manufacturing hub to close the gap in the U.S. supply chain, exposed by COVID-19.

“Puerto Rico has long served as a medical device and pharmaceutical manufacturing center, and officials believe more can be done to boost the sector even further. As such, we are ramping up efforts to aggressively recruit life sciences companies that can greatly benefit from Puerto Rico’s value proposition, which is anchored in innovation, infrastructure, human capital, business-friendly ecosystem, incentives and more,” added Michael Gay, chief business development officer at Invest Puerto Rico.

Dr. Jeremy M. Levin, chairman of the board at Biotechnology Innovation Organization, a U.S- based trade association, was among those who expressed support of Puerto Rico’s strategy to attract reshoring opportunities for manufacturing companies to the island. He noted that with a national focus on attracting even more medical supply and pharma manufacturers, Puerto Rico is well-positioned to boost production to unprecedented levels, attract additional manufacturers to the island and reaffirm its position as the essential manufacturing hub in the U.S.

“Puerto Rico is already the United State’s pharmaceutical powerhouse; but we can leverage its impressive assets to make the U.S. supply chain safer and more secure from global disruptions. We can ensure that Americans get access to the highest quality and most cost-effective drugs on the market. The U.S. should not have to rely on imported goods to care for its 331-plus million residents,” Miller said.

“We are confident that local and national efforts to consolidate pharma production could be a game-changer, especially with the threat of future ‘black swan’ events. This area can create thousands of direct new jobs, in turn putting the island’s available labor force to work — via skilled, impactful positions as well as create new opportunities for innovation, entrepreneurship and redevelopment,” he added.

The bioscience industry has been an important part of Puerto Rico’s economy since the 1960s. However, the manufacturing industry has experienced choppy waters after the corporate tax breaks under Section 936 were fully repealed in 2006, which many economists say was a primary factor in the island’s economic slump that has lasted more than a decade, eventually leading to the Puerto Rico government’s bankruptcy.

On other fronts, Rear Admiral Peter Brown, who serves as the White House Special Representative for Puerto Rico’s Disaster Recovery, visited some local pharmaceutical facilities in recent days to assess developments in the industry. “I met with the Rear Admiral and he visited some pharmaceutical facilities to take information [back] to the United States. We are making efforts in Congress, in the [U.S.] Senate and House of Representatives to continue progressing in the direction of attracting pharmaceutical companies to the island. We are taking firm steps and we are getting closer every day,” said Rodrigo Masses, spokesman for the Alliance for the Economic Development of Puerto Rico,

Masses explained that for this industry to continue to grow on Puerto Rican soil, there needs to be a mandate that aims to return manufacturing operations, which is now centralized in China, to destinations that are part of the United States, which includes Puerto Rico.

“In order for us to have a wave of companies seeking to establish themselves here, there must be a presidential order or legislation that provides competitive advantages to companies located in the American nation. We are ready for that. Trump must determine which manufacturing assets are critical to returning them to American soil and the most suitable destination is Puerto Rico. This is a process that involves an evaluation of international trade agreements, which is being done at the moment. We are ready to present and promote the island so that when this happens, we get down to business. I hope to see something concrete this year,” said Masses.

In Congress, Resident Commissioner Jenniffer González, has filed bipartisan legislation to provide federal tax incentives for the manufacturing of vital medical supplies now made in foreign jurisdictions, which poses a risk to U.S. supply chain as evidenced by the pandemic caused by COVID-19.

H.R. 443, Securing the National Supply Chain Act of 2020, would secure the national stockpile supply chain by providing incentives to economically depressed areas, also known as distressed zones, in the United States, including the territories. This initiative would help drive the consolidation of the manufacturing industry in Puerto Rico, creating new jobs and boosting the island’s economy, she said.

For his part, Economic Development Secretary Manuel Laboy told THE WEEKLY JOURNAL that the expansions of some manufacturing companies will be announced very soon, and although he did not want to reveal details, he confirmed that the companies are in the areas of pharmaceuticals, medical devices and aerospace.

“There will be pharmaceutical expansions, and tools are in the process of being approved at the federal level for manufacturing. Invest Puerto Rico is also promoting the island in private markets such as the United States and Europe. The governor will make announcements about measures that will impact international trade and strategies are planned to take advantage of the air cargo waiver, with which we can now compete with countries such as Colombia, the Dominican Republic and Panama,” Laboy said.

-Reporter Brenda A. Vázquez Colón contributed to this story.