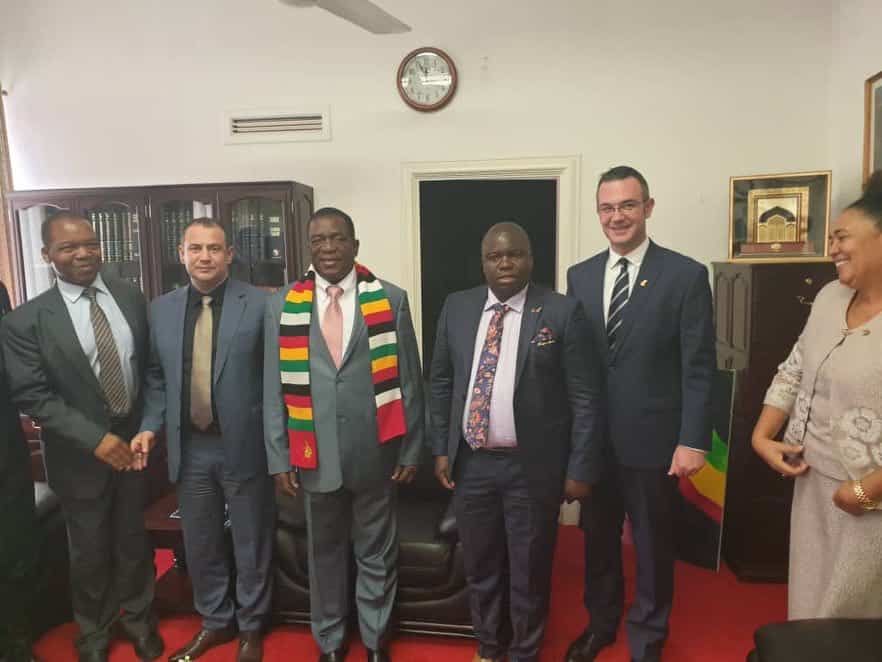 Zimbabwe has had a tainted history of economic, political and human rights violations which have chased away foreign investment potential. However, in the face of the continued economic haemorrhage, the government has been blaming the non-performance of the economy on international economic sanctions.

Sanctions imposed on Zimbabwe by the United States government and the European Union (EU) in 2001 targeted the ruling elite and state-linked companies in 2002. A Reserve Bank of Zimbabwe [RBZ] 2012 economic report describes the effects of sanctions on Zimbabwe as a declaration of war that placed the economy under siege with negative effects affecting vulnerable groups and civilians.

According to the RBZ report, a country under sanctions is economically isolated, which affects its trade, commerce and financial relations with international economic and banking institutions.

In evaluating the case of Zimbabwe, economic analysts say the country has its own form of sanctions characterized by poor governance, corruption and revenue leakages sustained by political patronage and the ruling elite milking the economy, and benefitting from the country’s natural resources and projects aimed at national development.

The 2021 Auditor General’s Covid-19 Special Report probed financial mismanagement and utilization of public resources. It exposed anomalies in public procurement and tendering of Covid-19 relief funds. The report revealed how the government lost millions in public funds intended for national development due to weak and inconsistent systems that fail to meet best practices, while promoting transparency and accountability on the utilization of public resources for the benefit of highly taxed citizen.

According to the World Bank, developing countries spend US$820 billion a year on obtaining goods and services for the public sector, making public procurement a huge business opportunity.

Even so, these malpractices happen when Zimbabwe has a number of legislative frameworks that work to create an enabling environment for public procurement, among them the 2013 Constitution, the Public Finance Management Act, The Public Procurement Disposal of Public Assets Act, (1999) and the Procurement Regulatory Authority of Zimbabwe.  The Auditor General’s report revealed that in Zimbabwe the procurement of goods and services by state-linked entities violates procurement contracts and is conducted in the absence of approved procurement plans.

According to Harare City Council officials, centralization of power by the central government has led the Ministry of Local Government to impose contracts to the City Council without following both tender and procurement procedures and the inclusion of relevant stakeholders including the public, in the bidding for and awarding of tenders.

Council officials who spoke to this publication in an interview say the government has imposed many projects including the current controversial Pomona Waste to Energy Deal and the.

“The nature of endorsement of the Pomona deal when it was signed had a lot of anomalies and it was fast-tracked without consultation of various stakeholders, including Parliament and citizens. There is interference of the central government because in Zimbabwe, there is no separation between policy and politics,” Mhetu says.

The Ministry of State for Provincial Affairs and Devolution, and local authorities admitted that there were challenges relating to governance within municipalities that include abuse of office by high-ranking officials, managers and councilors who now profiteer within the system.

“Lack of validation and sharing of data, (outdated or incorrect information) across the government platforms result in some beneficiaries including government officials receiving relief disbursement that they are not entitled to,” reads part of the Auditor General 2021 Report.

Professor Lloyd Sachikonye of the University of Zimbabwe’s Department of Political Science said in his book, ‘Zimbabwe @40, Development, Democracy and Transition’, “A sense of entitlement to state resources by the ruling elite has deepened since the early 2000s, opening gates for corrupt dealings, where the ruling elite accumulate wealth and resources while fairness is compromised.”

President Mnangagwa’s administration has put in place a raft of policies aimed at kick-starting the country’s fragile economy and ensuring human capital development, while making Zimbabwe competitive as a foreign investment destination. The “Zimbabwe is Open for Business” and the Vision 2030 policies are intended to make Zimbabwe an upper middle class economy through the smart-city concept in eight years’ time.

Professor Sachikonye says: “Corruption has become institutionalized, and processes of recruitment, promotion and remuneration of senior staff in public entities and ministries depends on loyalty to the ruling party rather than competence, it is politics of the stomach, and government programs exploit loopholes in legislation and acts for self-enrichment and aggrandizement by politicians, bureaucrats and businessmen.”

The Sentry report, ‘Cartel Power Dynamics in Zimbabwe,’ published by South Africa’s Daily Maverick, in 2021 is an expose on corruption and how elite networks persist and thrive in Zimbabwe through corrupt dealing. The report pointed out that networks with close ties to the President or have financial interests in Zimbabwe’s new public-private partnerships are key beneficiaries of many corrupt deals.

In the absence of systems and procedures in procurement, the country is losing millions of dollars in funds intended for development projects through revenue leakages that favour certain politically connected individuals.

In 2020, a controversial $60 million contract to procure Covid-19 test kits and medical equipment was awarded by the health ministry to Drax International LLC and Drax Consult SAGL companies without going through a competitive tender process. The company’s representative Delish Nguwaya was allegedly linked to the  Zimbabwean First Family.

The same Nguwaya is now the Zimbabwe representative of Netherlands investors, Georgenix BV.

In her report, Auditor General Mildred Chiri outlined anomalies that promote corruption in the tendering process and awarding of bids to competing entities.

Several anomalies reported by the Auditor General’s report linked to revenue leakages through procurement processes in the government and local authorities, including non-signing of procurement contracts between service providers, the case of awarding several contracts to one contractor without evidence of time response to the Procurement Regulatory Authority of Zimbabwe. The requirement aims at ascertaining if value for money is realized in incurring expenditure.

The anomalies reported in the Auditor General’s report in the procurement processes for Covid-19 relief fund have a direct bearing on current projects and deals underway in the City Council of Harare, through the Pomona deal and the fire-trucks tender.

In the Pomona Waste to Energy Project being supervised by the Local Government Minister July Moyo, the Harare City Council is set to pay devolution funds in the sum of US$5.5 million to Georgenix BV over a period of five years.

The fire-truck tender with Belarus investors also has loopholes in procurement processes that promote corruption within local authorities influenced by government.

Member of Parliament for Marondera Central (Citizen Coalition for Change), Caston Matewu, wrote on his Twitter page, “The Minister of Finance accidently confirmed that they started paying for Fire Truck Tenders in Belarus in April this year. Council was only told on June 14 that government wanted to purchase. They started purchasing in April without telling anyone.”

In their rebuttal statement in June, the Ministry of Local Government said that the fire trucks tender had been processed and “adequate consultations were made with various stakeholders including local authorities and the Chief Fire Officers Forum of Zimbabwe.”

“The government of Zimbabwe entered into a bilateral agreement with the Belarusian government for the supply of a variety of equipment. On approval from stakeholders, the government facilitated the purchase and negotiated for staggered payment terms. The payment of such equipment have prices pegged at around US$500 000,” read the statement.

Council officials maintain that these deals were not procedural and contravened the provisions of the Constitution on transparency and accountability, as well as devolution processes especially in terms of citizen participation. The deals also violate the Public Procurement and Disposal of Public Assets Act, which prohibits the procurement, and tendering of goods without procurement plans.

Council officials say both deals were in contravention of Procurement Regulatory Authority of Zimbabwe and Public Procurement and Disposal of Public Assets Act. Without systems and procedures that facilitate adequate controls revenue leakages are inevitable resulting in failure to achieve intended objectives.

“Anomalies result in excess payments for services and loss of transparency in procurement processes,” reads the Auditor General’s report. “The central government directs awarding of contracts. Local authorities are directed on what projects to undertake and funds are paid directly to the contracted companies chosen by the government.”

Section 299 of the Constitution gives Parliament of Zimbabwe an oversight role on State revenues and expenditure, but an IMF 2020 report posits that the government of Zimbabwe is not complying with some legal requirements in respect to public financial management.

“The Pomona Waste to Energy saga is at the centre of a controversy that exposes corruption, maladministration, patronage and lack of accountability and unclear procurement processes within local authorities,” says Owen Dhliwayo, a development practitioner. “The government is ring-fencing some of these questionable projects and deals by designating them as National Project status.

“Most of the projects are done under the principle of the public private partnership [PPPs] but in the absence of a clear legislative framework to support their implementation. This gives room for corruption and maladministration causing corrupt politicians to create their private entities being led by their frontmen.”

“The oligarchic class wants to acquire wealth and resources and not reinvest in a meaningful circulation of funds in the economy,” he says. “The elite network is concerned with short-term gain while the government has no long-term plans, affecting economic growth.”