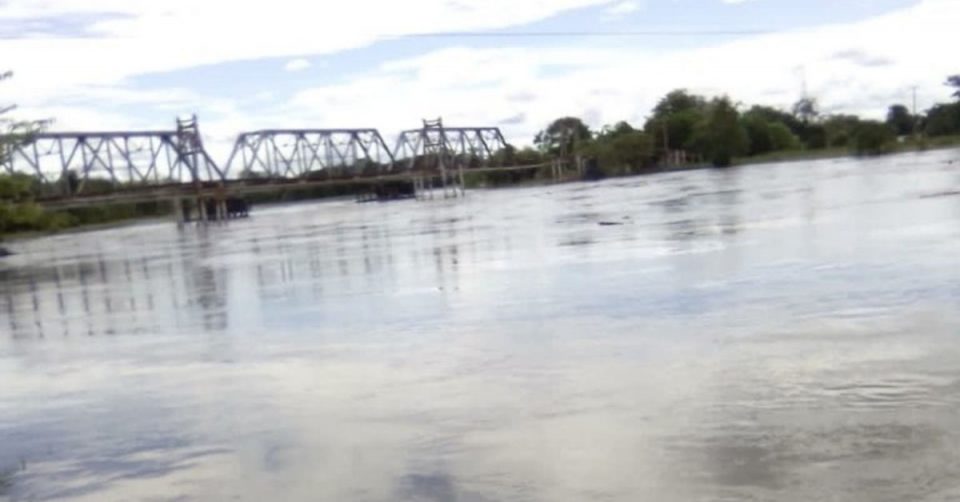 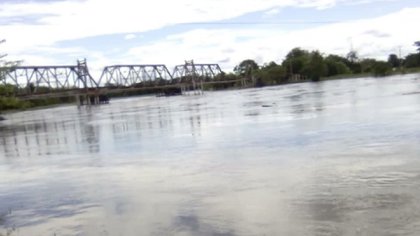 According to the Santander risk management office, it is likely that crops planted in the plains and floodplains of the main rivers will be flooded by the rise in level. Photo: Santander Disaster Risk Management.

The director of Disaster Risk Management of Santander, César García, announced this November 15 that a serious emergency occurs in the department, due to the heavy rains that have been registered during the winter wave that the country is experiencing and that has caused great effects on the inhabitants of the area.

Garcia assured that the country’s strong climatic situation is due to the La Niña phenomenon and the consequences of hurricanes, which pass through the Caribbean and have ended up affecting a large part of the country, including Santander where se register emergencies that leave at least 500 people affected so far. 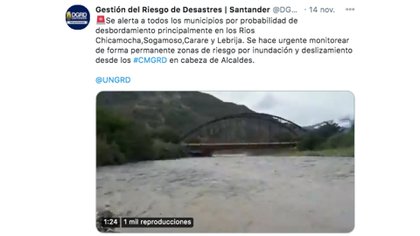 “We work with Relief agencies for risk mitigation and prevention, lHurricanes and the La Niña phenomenon have been seen in mass movements, road damage and streams, we remain alert, the call is to the municipal mayors to be alert, “said García.

As told by the official, at least 100 families have evacuated from the municipality of Cimitarra due to the overflow of the Carare River. In Landázuri, Puerto Parra and San Gil there are also strong effects due to the rains. The reports assure that in 29 municipalities of Santander public calamity was decreed due to the difficult climatic situation.

“Ideam has warned that rains will continue to occur in the department of Santander. For this reason, a call to the aid agencies, to all the operational entities of the departmental risk care system, the highway police, the fire brigade, the civil defense and the mayors. have your evacuation plans ready for those who live in riverbeds and channels”Garcia assured in relation to the rainy season that the country suffers.

Among the main damages that occur in the department, is the landslide on the road that connects the municipalities of Carcasí and Enciso, which caused several families in the area to be held incommunicado. This also caused the Capitanejo sector is without passage.

In San Gil, the situation is no different. Since last Saturday afternoon, lMobility in its urban area is paralyzed. The mayor of the municipality is in a process of collecting data on the damage caused so far, but in turn called on the community to have caution in the sectors of La Playa, Paseo de Mango, Rojas Pinilla and Carrera Primera. 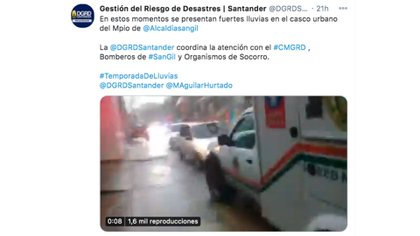 It is an action that municipalities implement in use of their autonomy. They can do this when there is an emergency, weather or other. As explained by César García, andThis decree allows the mayor to manage money, to directly hire individuals in an easier way and thus to respond in a timely and effective way to the situation.

“It helps them make budget transfers to the municipality’s risk management fund in order to have a better response capacity in the event of the eventualities that arise due to the weather. They can contract directly between individuals. By decreeing the calamity, they can contract without bidding, abbreviated selections, to act more quickly“Garcia assured in El Espectador.

It will not clear soon in Colombia: this is how the weather of November and December looks, according to Ideam forecast

Maximum alert in San Andrés due to the passage of hurricane Iota, forecast for this Sunday

A Beautiful Way to Virtually Connect for the Holidays