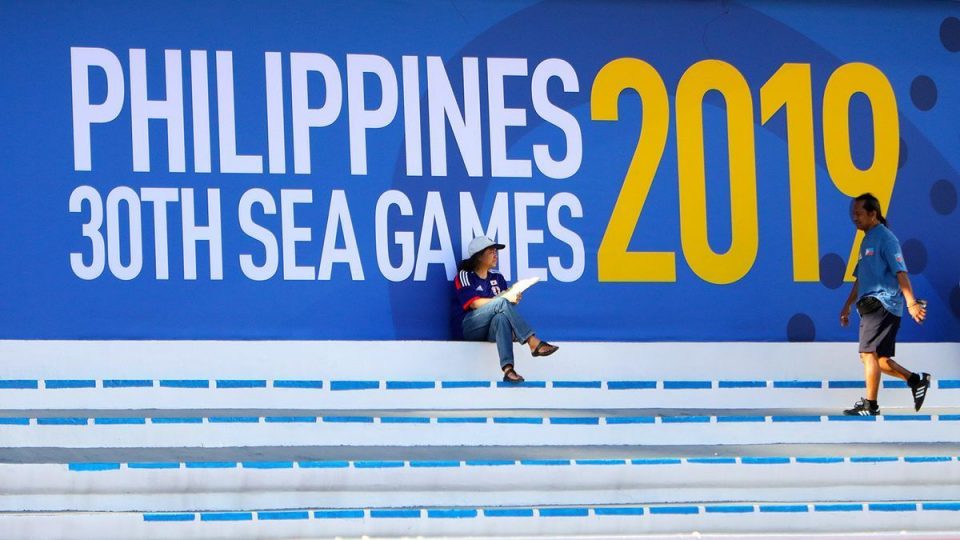 “The disbursements were straightforward and paid for expenses they were allocated for,” explained Iroy.

The PSC official related that procurement of various equipment and services were made through the Department of Budget Management Procurement Service. Releases were also made out to the Philippine Olympic Committee which handled the purchase of most sports equipment coming from international and Asian federation accredited suppliers overseas.

The PSC made direct payments totaling around 900 million pesos. This covered payments for accommodation, sports equipment, transportation, catering, allowances of technical officials, freight forwarding services, and other expenses, as endorsed by PHISGOC.

PHISGOC had also said on Wednesday that out of the P6 billion government funding for the Games the country hosted last year, the organization received only P1.481 billion as financial support from the PSC.

“We clarify that out of the total P6 billion Philippine government budget for the 30th SEA Games under GAA2019, the PSC has only provided the amount of P1.481 billion as financial support to the Organizing Committee,” PHISGOC President and COO Ramon Suzara said in a letter sent to POC Secretary General Atty. Edwin Gastanes.

“The PSC has only completed remitting this amount to PHISGOC on September 4, 2020, from which we settled the lawful and valid obligations incurred for the hosting of the 30th SEA Games covered by said financial support,” Suzara furthered. “The remaining P4.52B GAA2019 budget for the 30th SEA Games was remitted to the DBM [Department of Budget Management] Procurement Service, and a certain amount also to the POC, or used directly by PSC for the equipment and services used for the 30th SEA Games.”

Suzara made the clarification for the PHISGOC after POC board member Jesus Clint Aranas and athletics chief Dr. Philip Ella Juico announced their intention to file charges against certain POC officials, including president Rep. Abraham Tolentino, for the organizing committee’s “failure to provide a financial statement on the SEA Games expenses.” “Since October 1, we read about the request of Messrs. Juico and Aranas in the news quoting both of them without even waiting for the POC leadership to officially act on their motion,” Suzara said. “Please tell them that we would appreciate receiving POC’s letter first, rather than hearing about their stunt in the media intended to undermine Phisgoc.”

Suzara furthered: “Kindly remind them that the POC and PSC are integral parts of PHISGOC, and their actions unnecessarily cast aspersions on the integrity of all these institutions.”

Suzara said Juico and Aranas’s statements are “premature and appear to have been done in bad faith being immediately publicized in media to the prejudice of the Organizing Committee.”

Aranas, along with weightlifting president Monico Puentevella, slammed Tolentino, the PHISGOC and certain members of the POC executive board in a video-linked news conference last Saturday after the archery president announced his ticket for the POC’s November 27 elections.

Aranas is the sole challenger to Tolentino’s presidency.

“Upon full submission of our liquidation reports to PSC, our external auditors shall be able to finally conclude PHISGOC’s audited financial statement covering all funds received and used for the 30th SEA Games,” he added. “We shall finish our relevant financial and operational reports in the coming weeks, and submit the same to the PSC copy furnished POC in due course.”

In response, Aranas and six other members of the PC Board on Thursday pressed the PHISGOC to immediately submit all their audited financial statements related to the expenses of the 30th SEA Games.

Responding to published reports and statements attributed to Suzara on Wednesday, the group stressed that the POC general assembly was not taking issue over the government funds given to the 30th SEA Games “but the preparation and submission of the required financial statements.”

Referring to the same reports quoting Suzara, the group said this was misleading the issue because the tripartite agreement “obligates PHISGOC to submit to the Philippine Sports Commission and the POC the financial reports and make available all records and documents related to the SEAG.”

The majority members of the board likewise clarified and insisted that the request for the PHISGOC report was a “collective decision” of the POC general assembly taken during its online meeting held last Sept. 29.

Published reports stated that the POC has been asking PHISOGC to submit its audited financial statements on its management and operations of the 30th SEAG, whose submission was delayed by the outbreak of the Covid-19 pandemic since February.

The group maintained that PHISGOC was given enough extension, which was why the general assembly approved the resolution in adopting the motion of Philippine Athletics Track and Field Association president Philip Ella Juico and Aranas, president of World Archery Philippines, regarding the issue.

In the same meeting, reports said, the POC gave instructions to POC secretary general Atty. Edwin Gastanes to notify PHISGOC of the resolution, setting an Oct. 10 deadline to accomplish the task.

“Our group understands how alarmed the General Assembly is on this matter and the longer this takes casts doubt on how these funds were utilized, the group said.

“Thus, we do not think that our call for transparency casts ‘unnecessary aspersions,’ at least on the integrity of the POC and the PSC. Unless the PHISGOC properly accounts for all these funds soonest, the POC is well within its rights to demand the same from PHISGOC,” it added.

Following Commission on Audit rules, the liquidation of government financial support to organizations, including PHISGOC, Inc., should have been done by Feb. 9, the board members noted.

“The Commission on Audit requires agencies and organizations who are recipients of government financial support to liquidate the funds within sixty (60) days after the completion of the project,” the group stressed

“Thus, it is incumbent upon PHISGOC to render an accounting of the SEA Games funds immediately and it is disappointing that it has to come to the point of the General Assembly calling for transparency and accountability for PHISGOC to perform its obligations under the Tripartite Agreement.

“Frankly, PHISGOC is already in breach of the Tripartite Agreement,” the group underscored.

The group reiterated that “the decision of the POC General Assembly to call for an accounting and liquidation is consistent with the duties and responsibilities of the POC of under the Tripartite Agreement.”