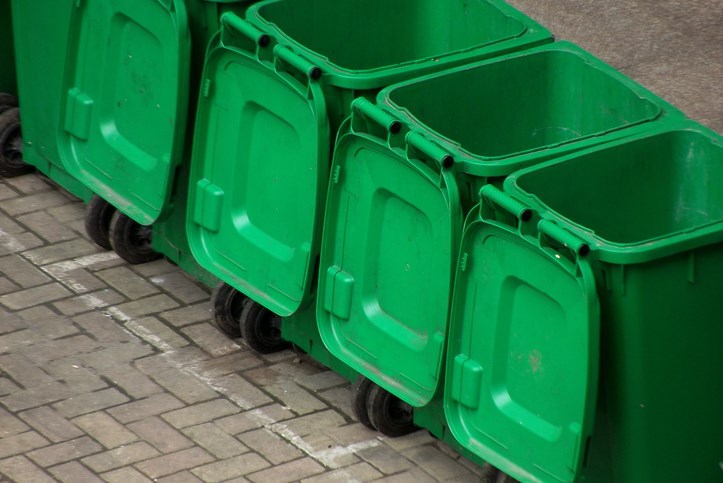 The Ontario government is looking for public input on a new proposal that would see more types of material collected in green bins across the province.

“Consumers and businesses want to cut down on the amount of waste they create by composting food and other organic materials, but with programs and services varying from community to community, there is a lot of inconsistency and confusion about how to do this,” said Jeff Yurek, Minister of the Environment, Conservation and Parks in a release. “Our proposal provides greater clarity and encourages innovative compostable products and packaging, so we can help businesses and the public make better decisions about packaging and food waste in order to keep it out of our landfills.”

That has a noble goal, according to Jon Arsenault, Director of Waste Management for Waterloo Region: increasing the diversion rate of waste destined for a landfill.

With that said, the end result could be one of concern, since different municipalities have different third parties composting their organic waste.

“First off, I think we need to do a bit more research or understanding of what’s being proposed here,” said Arsenault. “What they’re saying, by including certain compostable products — they specifically mentioned compostable coffee pods, this has been an issue for a number of years, where different companies have presented these products as, ‘They break down in the composting system, and they create no issues.’ That’s not always the case. It’s a great idea, but it doesn’t always work in process.”

The coffee pod is a particularly troublesome example, given that it’s usually composed of plastic (a recyclable) and coffee grounds (organic waste), each of which will contaminate the opposite bin.

The best option right now for those pods is to divert them to a landfill. While that’s not the ideal option, Arsenault said it’s better than paying additional costs associated with contamination.

“Because we rely on external composters, we have an arrangement with the City of Guelph, then we use All Treat services in Arthur to actually process our green bin material, we have to actually take their direction on whether we can accept some of these materials. At present, some of these previous renditions of compostable products haven’t always been accepted by them.”

The unreliability of so-called ‘compostable’ products on the market is an issue, but not one Arsenault believes the taxpayer should be paying for in the end.

Rather than focus on increasing what we can collect in the green bins, we should be focusing on who processes organic waste.

“Much like we’re going down the path with blue boxes, and going full producer-responsibility in a number of years, they’re taking over the program. Partly because they are putting different types of packaging and material on the market that we just don’t have the ability — as the municipality when we collect it, and try to process it — to send it to a certain market, because they’re always changing their packaging streams. There’s either no markets or it’s not truly recyclable in the way that it’s meant to be, and the same goes for these ‘compostable’ products in the green bins.”

What that would look like is not fully fleshed out, though it’s been suggested that take-back programs be put in place for those materials.

For now, Waterloo Region’s diversion rate is top-of-the-line compared to other parts of the province, around 65 per cent. Of those recyclables, 90 per cent are usable, something Arsenault said is a credit to the residents of Waterloo Region.

“I applaud the Ministry in pushing this stuff forward and trying to stay the course on this, I think food and organic waste is very important,” he said. “Instead of the first thought being, ‘How do we deal with this stuff,’ we should be looking at, ‘How do we eliminate the waste to begin with?’ Then we can find opportunities, if there’s excess food waste and those sort of things, surplus, donation for different needs, because there’s certainly people who could use it, right? And then, as a last resort before it becomes waste or a non-useful product, how can we divert it or recycle it and make it into something useful.”

You can read more about the new proposal here.