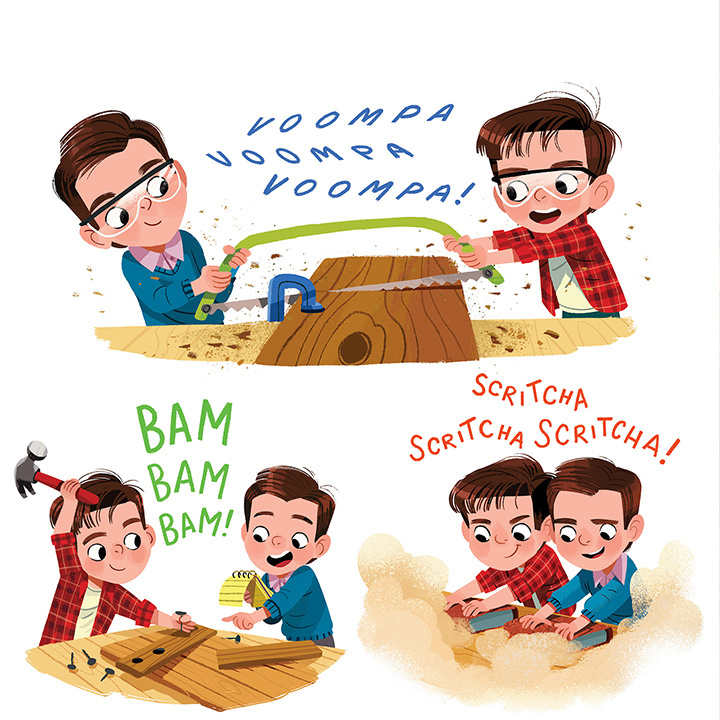 The Property Brothers are moving into the kids’ TV space with a pre-school animated series.

Builder Brothers’ Dream Factory centers around 10-year-old twins, Drew and Jonathan. A pair of regular kids whose extraordinary imagination, creativity, grit and heart help solve problems in their neighborhood by dreaming big and sometimes too big. Along with their dog Moose and best friends Mel, Cee-Cee and Aiden, the Builder Brothers navigate the highs and lows of trying to make the world a better place – one big dream at a time.

The character-driven comedy series also doesn’t shy away from real kids’ issues and what they go through in navigating life’s ups and downs. It encourages kids to share their ideas, dream big, and not to be disheartened.

The series will be distributed by Sinking Ship Entertainment’s growing distribution arm.

“Jonathan and I are grateful for our incredibly engaged kid fanbase and have wanted to do something more for this audience since launching our series of kids’ books, Builder Brothers,” said Drew Scott.

“We grew up on a ranch where we were encouraged to dream big, work together, keep trying and always learn from failure. These are the values we hope will resonate with this young audience,” added Jonathan Scott.

“It’s fantastic to be working with Scott Brothers Entertainment, who have such a similar ethos, who are not afraid to take risks and although we both make very different content, we still share a lot of the same values,” said Blair Powers, Executive Producer and Founding Partner of Sinking Ship Entertainment.

Supply chain radar: January – the time of year for a Gefco float story

Nabisco factory to shutter by summertime