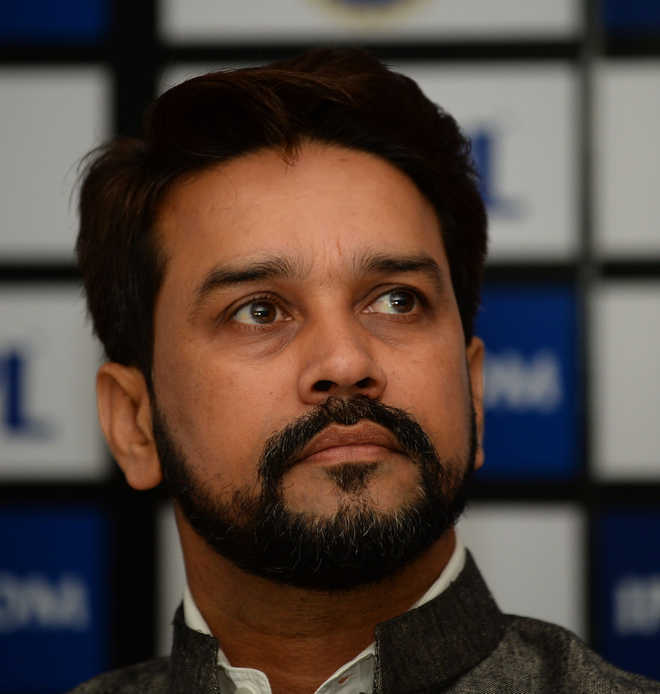 Union Minister of State for Finance Anurag Thakur, who was at Dharamsala today to defend the farm laws and mocked Congress president Rahul Gandhi for sitting on a tractor fitted with a sofa seat during his protest rally in Punjab. The person who cannot even sit on a tractor is talking of protecting the rights of farmers, Thakur said.

If the market price of the crop is more than the agreed price between companies and farmers, the profit will be shared with the farmers. Also, they would get the price for their crop within three days of delivering the produce

Responding to a query on the procurement of foodgrain through the FCI, he said: “The government would continue to procure foodgrain.” The Congress was trying to play politics over the laws, which were aimed at bettering the conditions of the farmers. The Central Government had given much better MSP on foodgrain in the past six year. Under the PM Kisan Yojana, direct financial benefit of Rs 95,000 crore had been extended to the farmers.

The minister said the opposition leaders were telling the farmers that under contract farming, companies would take over their land. However, as per the laws, the contract farming agreement between farmers and companies would just be for the crop. If the market price of the crop was more than the agreed price between companies and farmers, the profit would be shared with the farmers. Also, they would get the price for their crop within three days of delivering the produce, Thakur said.

The laws were aimed at bringing in private investment in the farm sector and not withdrawing the existing systems in place for procuring foodgrain at MSP. Despite the fact that the Bills had been passed, the government was procuring through FCI, he maintained.

When asked about the NHAI dropping the four-lane project of Matour Shimla National Highway, he said the feasibility of declared highways was done by the NHAI. It develops highways on toll mode and after assessing the viability of projects. If the NHAI had found the Matour-Shimla unviable for four-lane road, it did not mean that the project had been shelved forever. It just meant that the project would be taken up in phased manner, he said.