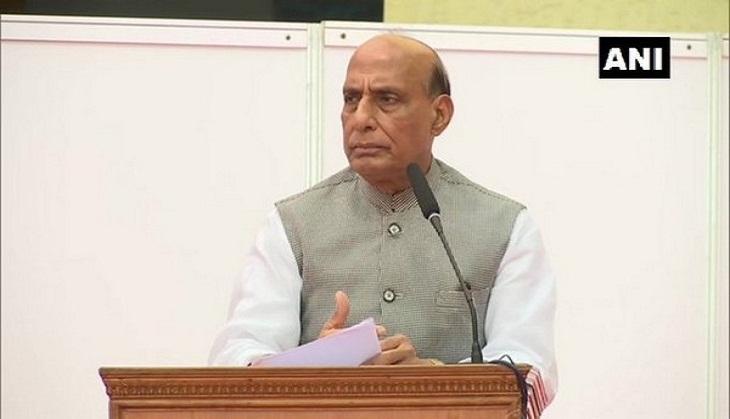 Noting the approval of the largest indigenous defence procurement deal to buy 83 LCA Tejas, Defence Minister Rajnath Singh on Friday said that the purchase fighter jets is a big step in the direction of Atmanirbhar Bharat Abhiyan, which will generate 50,000 job opportunities.

“Recently, purchase of Rs 50,000 crores worth 83 Tejas fighter jets has been a big step in this direction (Aatmnirbhar Bharat Abhiyan). It will generate 50,000 job opportunities. Participation of 500 MSMEs and private companies like Tata, L&T and Vem-tech has given a boost to the synergy of government and private sector,” said Defence Minister at an event in Bengaluru.

“Under ‘Aatmnirbhar Bharat Abhiyan’, the government has recently made several policy changes which you all are familiar with, be it change of Defence Production & Export Promotion Policy (DPEPP) or formulation of new Defence Acquisition Procedure (DAP),” he added.

The deal to be signed in the next few days with HAL would strengthen the Indian Air Force’s fleet of homegrown fighter jet ‘LCA-Tejas’ and overall combat capability.

“The CCS chaired by the Prime Minister Narendra Modi today approved the largest indigenous defence procurement deal worth about Rs 48,000 crores to strengthen IAF’s fleet of homegrown fighter jet ‘LCA-Tejas’. This deal will be a game-changer for self-reliance in the Indian defence manufacturing,” Defence Minister tweeted earlier this week.

The deal would be a major boost for the IAF and help it to arrest the fall in the number of its fighter aircraft squadrons.

It is the first “Buy (Indian-Indigenously Designed, Developed and Manufactured)” category procurement of combat aircraft with an indigenous content of 50 per cent which will progressively reach 60 per cent by the end of the programme.