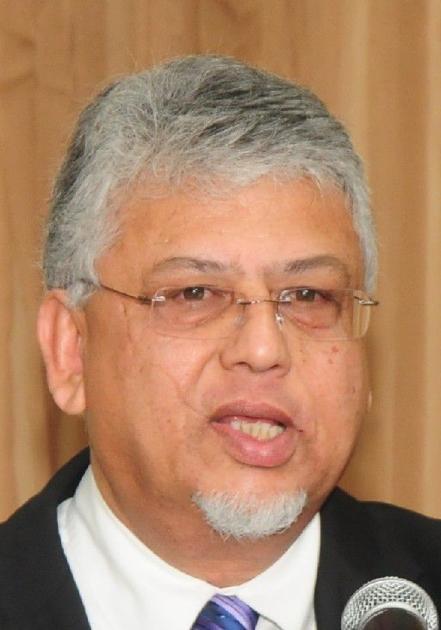 I read with alarm that Colm Imbert, the Minister of Finance, wants to make further amendments to the nation’s procurement legislation.

The PNM never wanted the procurement legislation in the first place. White papers had been laid in Parliament and languished for a decade during their tenure. They never made their way to a PNM cabinet for policy clarity and no legislation ever came to Parliament to be debated during a PNM government’s term of office.

Procurement legislation reform was a commitment that Kamla Persad-Bissessar made to the Joint Consultative Council (JCC) and other stakeholders in the run-up to the general election of 2010.

Once she became prime minister Ms Persad-Bissessar established a Joint Select Committee of Parliament (JSC) to address procurement reform and the drafting of appropriate legislation.

The People’s Partnership cabinet did not then take a policy position because PM Persad-Bissessar was disposed to having the policy flow from the JSC process and the consultations that would be part of it; and since passage of the bill required a constitutional majority for she wanted the opposition’s input, even though the People’s Partnership had an overwhelming majority and could pass any legislation without PNM support.

Shortly after I joined the Persad-Bissessar cabinet in May 2011, she asked me to chair the JSC because the opposition was giving endless trouble and work was progressing slowly.

I began to make quick progress, but suddenly one day, the PNM tactics changed. Then leader of the opposition Dr Keith Rowley, who was a member of this JSC, demanded a policy from Cabinet and would not acknowledge that a consensus policy could flow from the JSC process and consultations involving a wide range of stake holders.

As minister of planning I drafted a policy and took it to cabinet. With minor amendments it was approved. This policy took into account what had already been agreed to by the JSC and clarified important areas not yet covered by the JSC. The opposition PNM could do nothing but accept.

With the help of my colleagues, and the independent senators, we changed the quorum to one member of each house in order to get the JSC functional again after the PNM subversion. (Today the PNM continues with that approach to quorums).

And although the PNM delayed the process in every way they could think of, when the JSC resumed,we eventually got the legislation to Parliament and after a marathon two-day session at committee stage, we got the legislation unanimously passed in the Senate.

The legislation was passed in spite of opposition attempts to sabotage a successful outcome and the management of the process fell to the then minister of finance, Larry Howai, who had parts of the act proclaimed in 2015 before the People’s Partnership government demitted office.

President Carmona saw to it that a Procurement Board and Regulator was in place. Since then the regulator and board have been taking steps to establish a functional organisation.

All that the current Government has done is amend the legislation twice to water down the powers of the regulator and the board. Mr Imbert has delayed bringing the regulations to Parliament, and has been back and forth with the regulator on the matter.

In a situation where State finances are weak, where the Government has been borrowing heavily, public/private partnerships are certain to be a good option for any future government.

I would be very disappointed if the JCC and the private sector generally, the trade unions, civil society and citizens who care about their country allow Colm Imbert to get away with this. This is a blueprint for corruption and bad, arbitrary government action. What procurements would the Procurement Regulator and Board have oversight over then, if these government-to-government arrangements are exempted from scrutiny?

The whole purpose of the procurement legislation was to bring all public money under the scrutiny of the Procurement Regulator and Board and under the further scrutiny of Parliament via the Public Accounts Committee.

With procurement regulatory powers watered down since 2016, and with these proposed exemptions, what is the point of procurement legislation then?

Mr Imbert’s arguments about why he needs such amendments are weak.

The original procurement legislation was endorsed by the IDB. The EU took an interest in the legislation and was supportive. So were many other countries as well as Transparency International.

Proclaim the procurement legislation as is now.

Make no more amendments. Bring the regulations to Parliament. Let all government procurements be subject to scrutiny by the regulator and board and to the tests of transparency, accountability and good governance.

Let’s not take this country further down the road to ruin. Colm Imbert is attempting to undermine by partisan political interference an institution established for the purpose of improved governance by his proposed amendments.