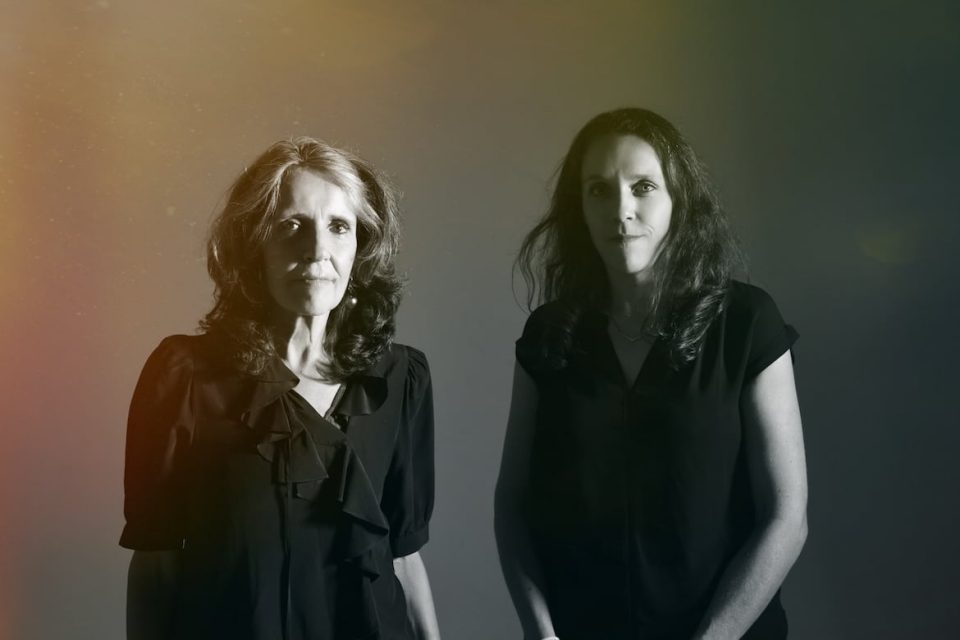 We recently shared the news on Folk Radio UK that Suzzy Roche & Lucy Wainwright Roche are to release a new album. I Can Still Hear You is out on 31 October and was recorded from their New York City homes during the quarantine.

Today, we have the pleasure of sharing from the album a traditional folk ballad “Factory Girl“, one of two tracks from the album that deliver portraits of undervalued women as well as offering nods to The Roches’ past. Factory Girl appeared on The Roches’ 1980 record Nurds. The recording features the Indigo Girls (Amy Ray sings and Emily Saliers plays guitar).

This song was one of my favorites to sing when I performed with my sisters (The Roches).  I think the song speaks for itself. It took on new meaning for me to sing it with Lucy and Amy Ray. The Indigo Girls, Amy and Emily, have had a huge influence on me, personally and artistically. Lucy, who met the Indigo Girls as a child, regularly sings with them these days, and that’s a beautiful thing.

This album is rapidly becoming a personal favourite of the year, top class singing enveloped in a huge warmth of personality….it doesn’t get much better.

I Can Still Hear You marks the third collaboration between Suzzy and Lucy, following 2013’s award-winning Fairytale and Myth and 2016’s acclaimed album, Mud & Apples.

A zinc factory drops lawsuit it filed against several citizens

China Wants to Be the World’s EV Factory. It May Succeed.